For far too long, sexual harassment and violence have been normalized in college campuses across Guatemala, creating a pervasive rape culture. Armed with new data and research, students and leading and shaping public opinion for recognizing sexual harassment as a crime. 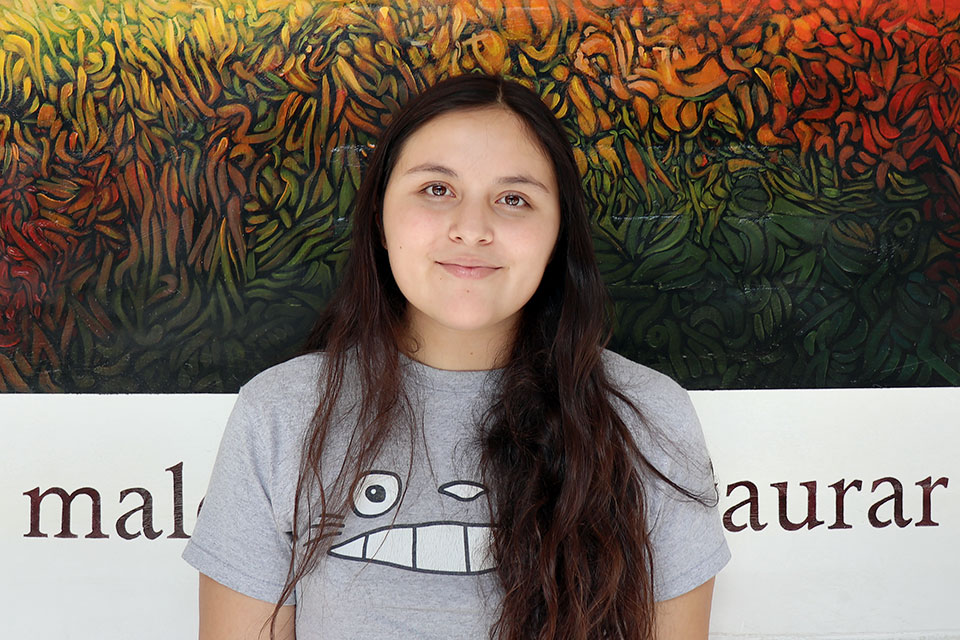 When 20-year-old Ana Sáenz, a political science student at Guatemala’s San Carlos University, led a research study on the extent of sexual harassment on-campus, little did she know that it would herald a country-wide movement to prevent sexual violence against women and girls in academic circles.

“As a woman, I think it is really unfair that, despite the efforts of the brave women that came before us and opened the path for us, we still have a long way to go to enjoy our full rights,” Sáenz explains.

Guatemala has one of the highest rates of violence against women in Latin America. While general homicide rates have fallen in recent years, femicide and violence against women and girls grew 98 per cent between 2010 and 2017. A separate study produced under Guatemala City’s Safe Cities programme found that virtually all women in Guatemala City face sexual harassment on a regular basis.

From 2017 until October 2019, Sáenz led the Gender Commission of the Oliverio Castañeda de León Student Association (AEU), one of the country’s foremost student advocacy platforms, to design and conduct the on-campus study, with support from UN Women and Guatemala’s Observatory on Street Harassment. 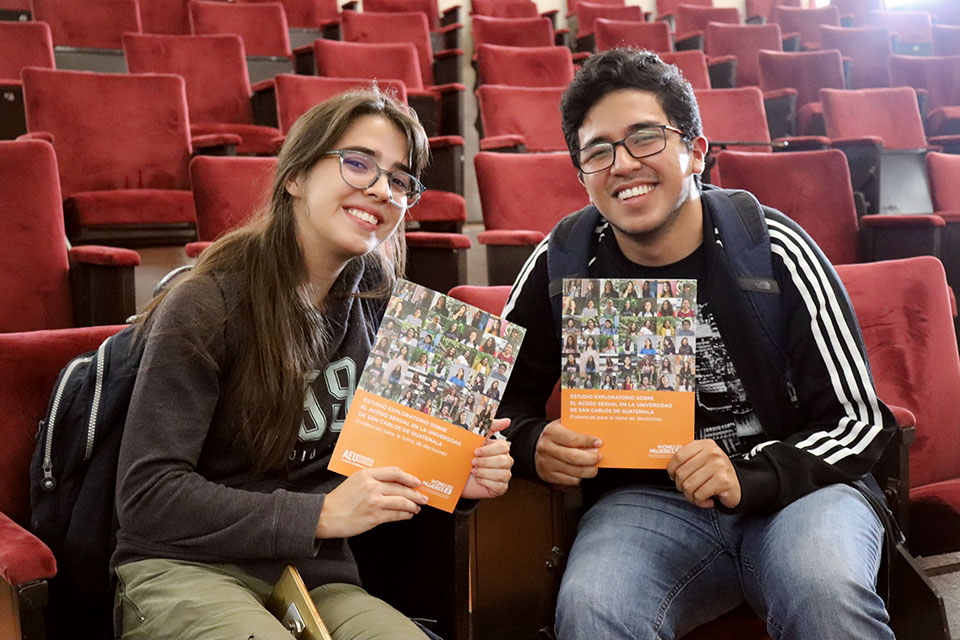 The study found over 700 reports of sexual harassment on the University’s central campus and its medical sciences centre, both in Guatemala City. The majority of perpetrators were known acquaintances – 29.9 per cent of them professors, 22.4 per cent students, and 4.8 per cent were university staff.

“Imagine going to school, going to work, and experiencing abuse and sexual harassment every day. It not only restricts women’s choices and mobility, it stunts our entire society,” reflects UN Women Country Representative, Adriana Quiñones. “When violence against women and sexual harassment against women and girls become a mainstay, it becomes normalized and creates a culture where violence escalates, thrives and undermines other gains.”

The study also highlighted the lack of institutional mechanisms at the University, which lacks formal procedures for lodging sexual harassment complaints or to guarantee the safety of those who report it. As a result, more than 50 per cent of respondents who had suffered an episode of sexual harassment said they did not report the incident in fear of retaliation. Moreover, among those who did report, 93 per cent said the perpetrators went unpunished.

Lenina García, the first woman elected to run the AEU, created the Gender Commission as a safe space to assist women and LGBTIQ+ students facing discrimination. Students experiencing sexual harassment on campus were approaching the AEU, which she says, “started a process of breaking the silence.” 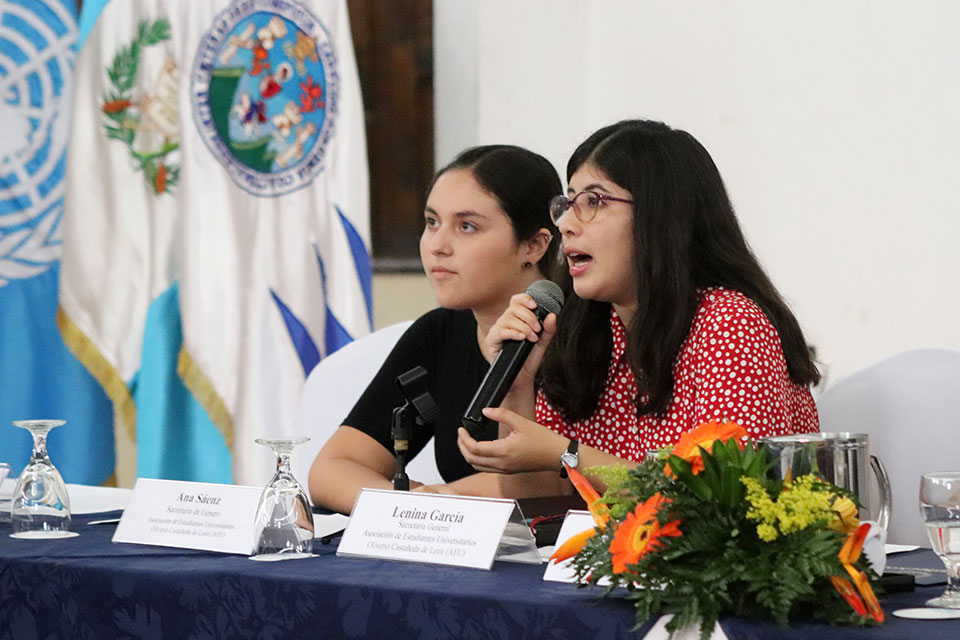 For García, the study is a wake-up call to “rethink the educational model and the role of learning,” and continue supporting female students.

In August, the AEU presented the research at a public event in Guatemala City successfully positioning sexual harassment as a key issue within the academic community. Sáenz highlighted how several women had been forced to switch to a different university or quit studying altogether.

The findings of the study were also presented to University authorities, along with a draft Protocol to Prevent, Sanction and Eliminate Sexual Harassment at San Carlos University. Carlos Valladares, Secretary-General of the University, has since pledged to create an institutional mechanism to prevent campus sexual harassment, and the Dean of the Law Faculty, Gustavo Bonilla, has suggested that the study and its accompanying Protocol could contribute to the drafting of a bill to criminalize sexual harassment, which this public university has the ability to present to Congress.

“It is the students who are [brining] this very important change,” says García, stressing how students went from victims to change-makers as they investigated and designed the protocol and collected evidence of sexual harassment. “We don’t sit back and do nothing, we are offering solutions.”

Quiñones adds that sexual harassment is still not recognized as a crime in Guatemala, but student-led efforts of this kind can drive public support.

Students in other universities have taken note of AEU’s efforts, launching similar campaigns to end sexual harassment on their campuses and kickstarting a unified movement to prevent sexual violence. As the student movement intensifies, Sáenz says authorities will need to enact rules to prevent and sanction sexual violence and create protocols to ensure everyone knows how to respond when an incident takes place.