In the words of Françoise Gbeko: “Now I can support my family…and send my children to school” 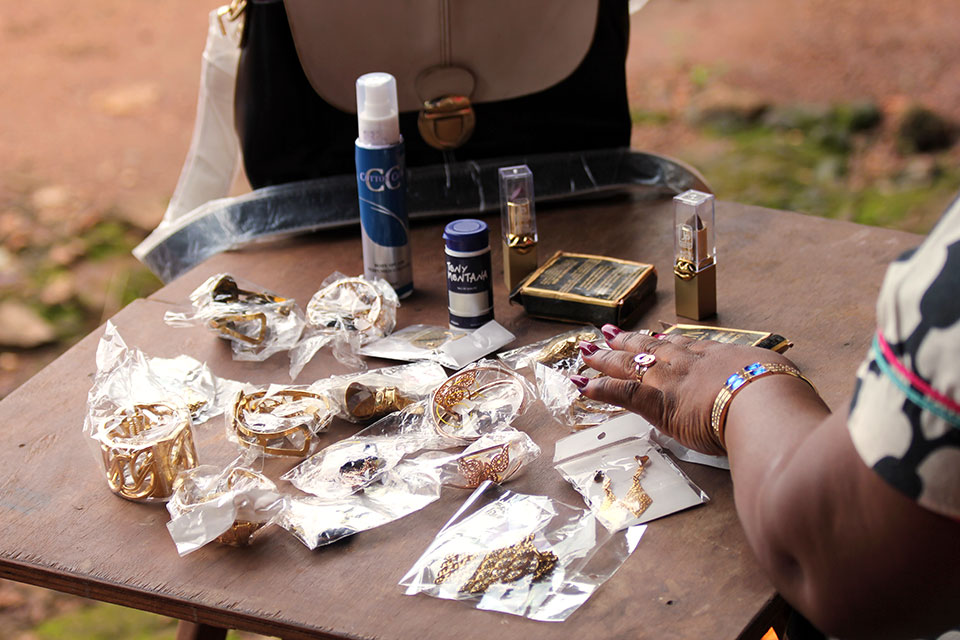 Françoise Gbeko[1], 36, is one of the many Christian women married to Muslim men who were living in harmony in the Central African Republic (CAR) until the latest crisis erupted in December 2012. Despite the short respite following the Peace Agreement in February 2019, an estimated 2.6 million people (63 per cent of the population) are still in need of humanitarian assistance, half of them are women and girls. With funding from the United Nations Trust Fund for Human Security, UN Women is working with local partners to economically empower gender-based violence survivors, including in one of Bangui’s hotspots, PK5 District, where Gbeko lives.

It happened in 2013. I lived with my husband and my two daughters, then aged 8 and 15. We lived happily in our neighbourhood. With the arrival of the Anti-Balakas[2] in PK5, the murmurs started… my neighbours started questioning why I had married a Muslim.

One day, a group of five armed Anti-Balakas came to our house. They raped me and raped my two daughters in front of me. Then they murdered my husband in front of me, my daughters and my father. My father, who witnessed all that, committed suicide. Our eldest daughter still lives with the trauma and physical injury from the rape, six years later. The community also stigmatizes survivors of rape, they call the older women “witches”.

After all this happened, we didn’t know where to go and I could not take care of my children anymore. The girls were troubled and could not get over the murder of their father. He was a businessman along the road from Douala to Bangui and bought them everything they wanted. Now it was up to me to satisfy all their needs. During our darkest hours, I would tell my daughters that this was part of life, that we had to endure hunger and the challenges.

Finally, one day, I along with 40 other women from this district decided to create our Association, ‘Les Femmes Unies de Catin’ [Women United in Catin] to support each other. In 2017, the Chairperson of our Association went to seek UN Women’s support. And today, I can say how good it feels to have UN Women at our side. They give us financial support to start businesses and trained us on business management.

As you can see, I have started a small business to sell jewelry and clothes. I send someone to Garoua-Mboulaï, on the road to Douala, where my husband used to trade, and I get products that I sell in town. I deliver them myself. When I invest CFA 30,000 (USD 50), I make a profit of CFA 20,000 (USD 33). Now I can support my family. I pay my rent and I have savings to send my children to school.”

[2] The Anti-Balakas are an alliance of militia groups based in the Central African R, composed mainly of Christians. In December 2013, clashes between Anti-Balakas and ex-Seleka, another militia group that’s primarily composed of Muslims, resulted in reprisal attacks in which approximately 1,000 people were killed in Bangui alone.

Related News
10/03/2021
This is what leadership looks like: Bernadette Gomina, a pioneering parliamentarian in Central African Republic
28/05/2020
From where I stand: “Although the situation is unpredictable, we are still working to maintain peace”
24/02/2020
My Take, Your Take: Ushering in a new generation of women leaders in Central African Republic
22/03/2016
Statement by UN Women Executive Director Phumzile Mlambo-Ngcuka on the conviction of Jean-Pierre Bemba by the International Criminal Court
26/01/2016
African representatives push for action to bring women to the peace table
END_OF_DOCUMENT_TOKEN_TO_BE_REPLACED