In the words of Yana Panfilova: “You can talk about HIV a lot, but a personal example is what can really change people’s attitude” 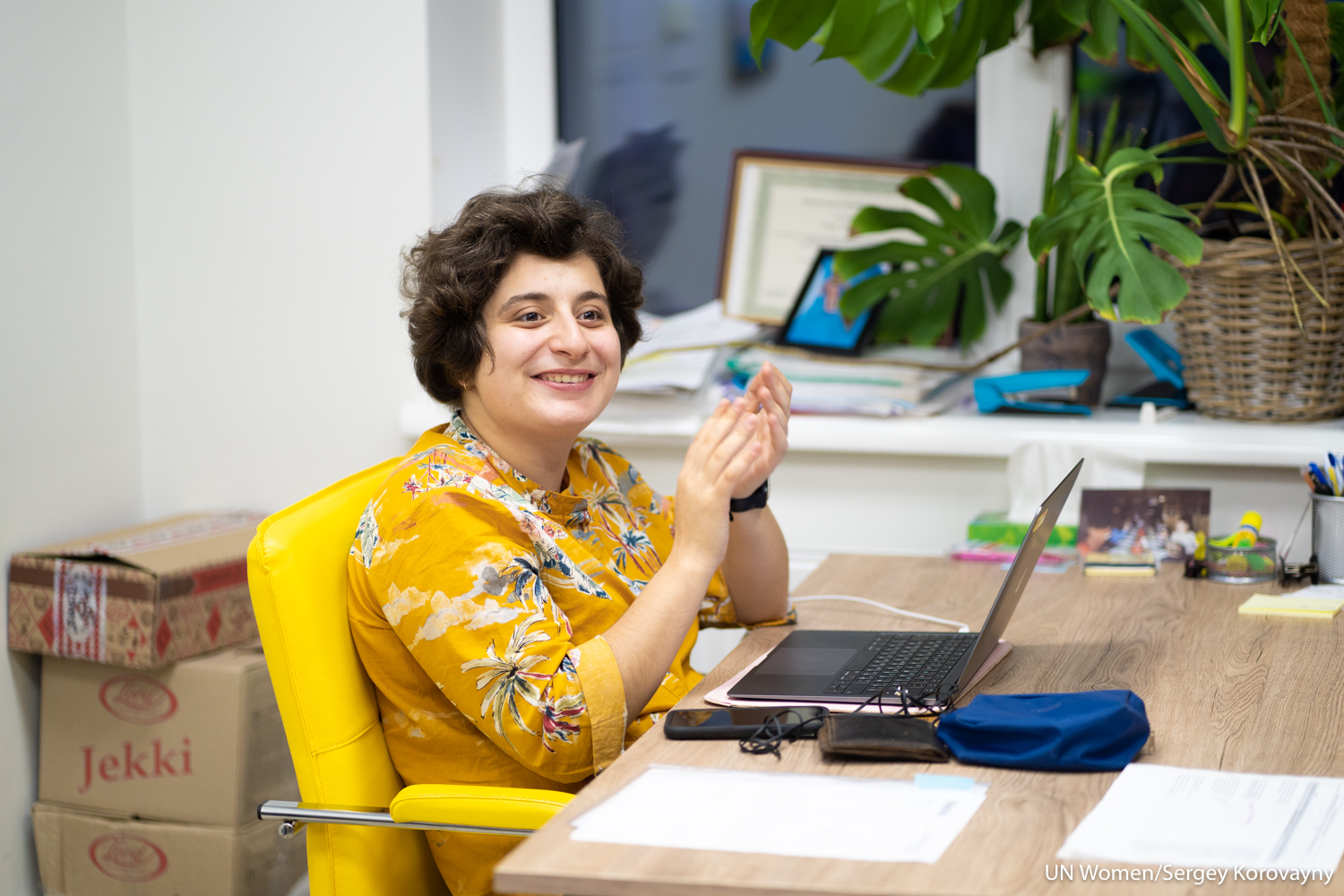 Yana Panfilova, 22, is a Ukrainian HIV positive activist and co-founder as well as chairwoman of Teenergizer, an organization that supports and advocates for the rights of HIV positive youth in Europe and Central Asia (Ukraine, Georgia, Kazakhstan, Kyrgyzstan and Russia). She was also nominated as a heroine for UN Women’s Generation Equality campaign in Ukraine.

At age of 14, I went to Moldova to attend a meeting of the Global Fund [The Global Fund to Fight AIDS, Tuberculosis and Malaria]. At that time no-one even knew that I was living with HIV. I went there to advocate for the rights of people who live with HIV and also to demand more funding for antiretroviral therapy, especially for Ukrainian youth. I only revealed my status at 16, and I didn’t know how my friends in Ukraine would react. I remember my inner fear about how I will live with everyone knowing. When you go to another country and say that you live with HIV, it’s different to talking about it back home.

After that trip to Moldova, my activist work begun. We started working online: our site was completely developed by teenagers aged 15-16 years old. Everyone in the team was working on what they were passionate about. It helped us to launch the global advocacy campaign where we began to promote the rights of people, especially youth, who live with HIV. Simultaneously, we began working with the National HIV/AIDS Council – there were no teenagers at all there then, and we were proud to be the first.

We also continued to work hard on activities that are offline, and with time we launched HIV-parties (VICHerinki), or smart parties, where we talked with young people about health, sex, HIV and HIV testing. The first HIV-party was a real success. There was intimate discussion, HIV testing and condoms. We were growing and growing, and it was awesome to understand that people trusted us. During the last HIV-party a young man came along and revealed his HIV status and he also voluntarily joined our Internship programme within the support groups. I hope that this form of dialogue, involving representatives from civil society and people affected by HIV, will continue across countries in Eastern Europe and Central Asia.

After all, I feel that being HIV positive is my best characteristic and I’m happy to be one. It balances my life: when people are scared of me, they will just leave. So, it means you never needed those people. I have to take six pills a day to keep the virus suppressed and to support my immune system. You can talk about HIV a lot, but a personal example is what can really change people’s attitude.”

Related News
13/07/2021
Press release: UN Women presents ‘A Force for Change’, an art exhibition and auction featuring work by 26 Black women artists, benefitting Black women
09/12/2020
In the words of Nahla Haidar: “States have a due diligence responsibility on the protection of women human rights defenders”
08/06/2020
Tajik businesses run by women living with HIV supply key protective gear for COVID-19 response
20/04/2020
Take five: “After this pandemic, we will have to work much harder than before to improve Roma women’s lives”
27/11/2018
Video: Empowering survivors and women living with HIV— Elena’s story, Ukraine
END_OF_DOCUMENT_TOKEN_TO_BE_REPLACED