I am Generation Equality: Wasfia Nazreen, mountaineer and activist 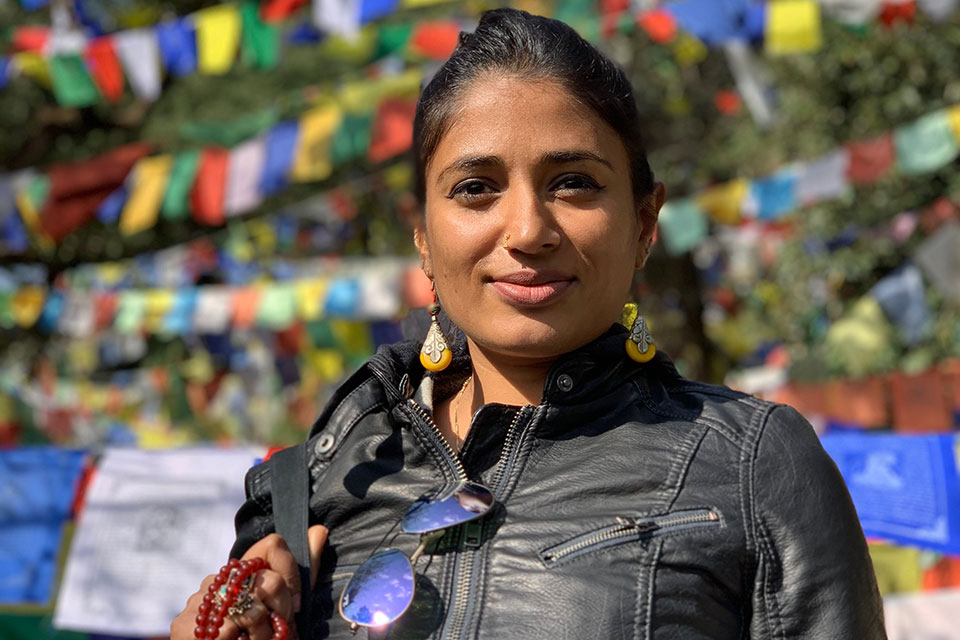 I refuse to live by society’s standards or expectations of me.

Three things you can do to become part of Generation Equality:

I chose to climb the seven summits of the world for a number of reasons. Symbolically, it was about taking the Bangladesh flag to every continental summit, and of course the physical challenge.

We think about the physical hardship that one endures on the mountain, but all of it starts in the mind. Ninety per cent of the training is mental, and to me it really parallels the struggle that women, especially where I come from, endure on a daily basis.

When I am asked how hard it was to climb these mountains, I always say that getting to the base camp of each of these mountains was harder socially than the actual physical act of climbing.

I’ve had CEOs of companies, telling me during meetings that after I finished climbing the seven summits, it would be time for me to climb my eighth summit: marriage.

It doesn’t matter how much you’ve accomplished as a woman; your biggest achievement still seems to be summed up by your marital status.

There were few people in my own country, Bangladesh, who were constantly against me, just because they wanted a man to be the first person to complete the seven summits record.

After I had climbed the seven summits, I wanted to use the platform I had gained to rally support for women’s rights in Bangladesh. I started the Osel Foundation, which takes marginalized girls back to nature to empower them to climb their inner mountains so they too can take decisions for themselves.

Both men and women must be a part of the solution

“Change will only come when we put our foot down.”

I don’t believe in feminism that excludes men as if they’re a different species. I believe we need to work together with compassion and friendship with all genders and there needs to be balance between the feminine and masculine energies.

Women can often be as much a part of the patriarchy [as men are]. I’ve had women executives tell me that we simply aren’t ready for equality, such as receiving equal pay. I disagree; we can be there if YOU step up. Change will only come when we put our foot down.

In the top network channels, there isn’t any leading adventure or exploration show where women represent themselves and tell their own stories. It’s predominantly a white, Western male perspective. This lack of representation is what inspired me to get involved, learn about representation in mass media and why it matters. That’s why I’m now producing two different shows and a film about inspiring female explorers in seven continents.

Wasfia Nazreen, 37, is a Bangladeshi mountaineer, activist, social worker and writer. She is the only Bangladeshi and the first Bengali to scale “the Seven Summits” [the highest peaks on each of the seven continents]. She holds the simultaneous titles of National Geographic Explorer and Adventurer.

Related News
I am Generation Equality: Shireen Huq, anti-violence crusader
My take, your take: Changing social attitudes and stopping violence against women in Bangladesh
From where I stand: “We need more female umpires so that I’m not the exception”
Levelling the playing field for gender equality in the Pacific region through rugby
UN Women congratulates trailblazing women Mount Everest climbers
END_OF_DOCUMENT_TOKEN_TO_BE_REPLACED