Five ways you can break-up with toxic behaviour 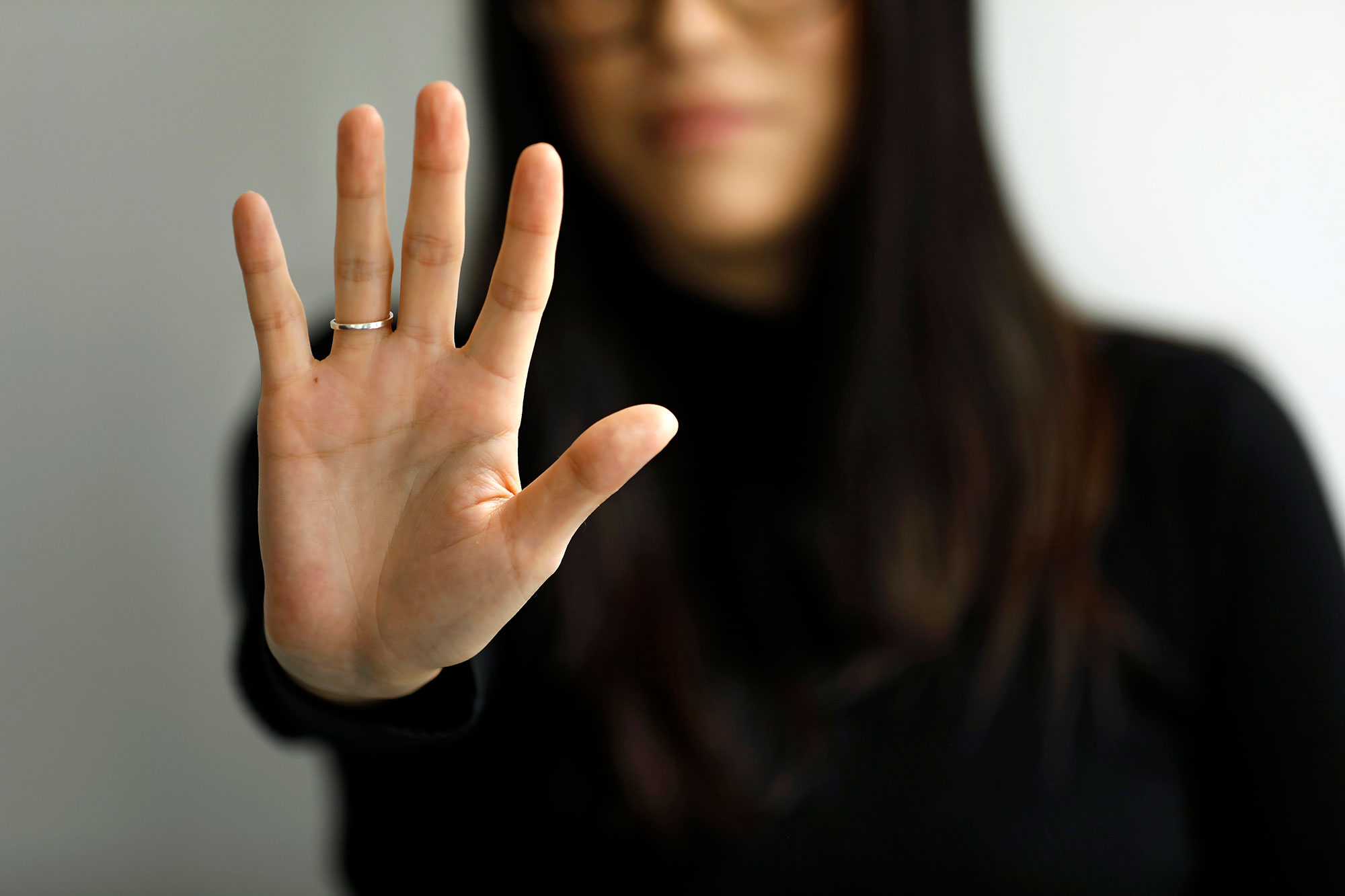 Every day we have the opportunity to be a champion for gender equality, in big and small ways. And some days, many of us slip when we don’t pay attention to our own attitudes and actions that boost stereotypes and inequality.

From the words we use at work or with our loved ones to the assumptions we make about strangers, we can all be better at promoting equality in our daily lives.

Here are five ways you can break-up with your toxic behaviours and promote gender equality in your life.

Challenge labels. Global soccer star Marta Vieira da Silva was only seven years old when she was told soccer wasn’t for girls. She was the only girl playing on teams full of boys. In her community, as in many parts of the world, sport is still an area dominated by men, meaning girls and women are often discouraged from participating. 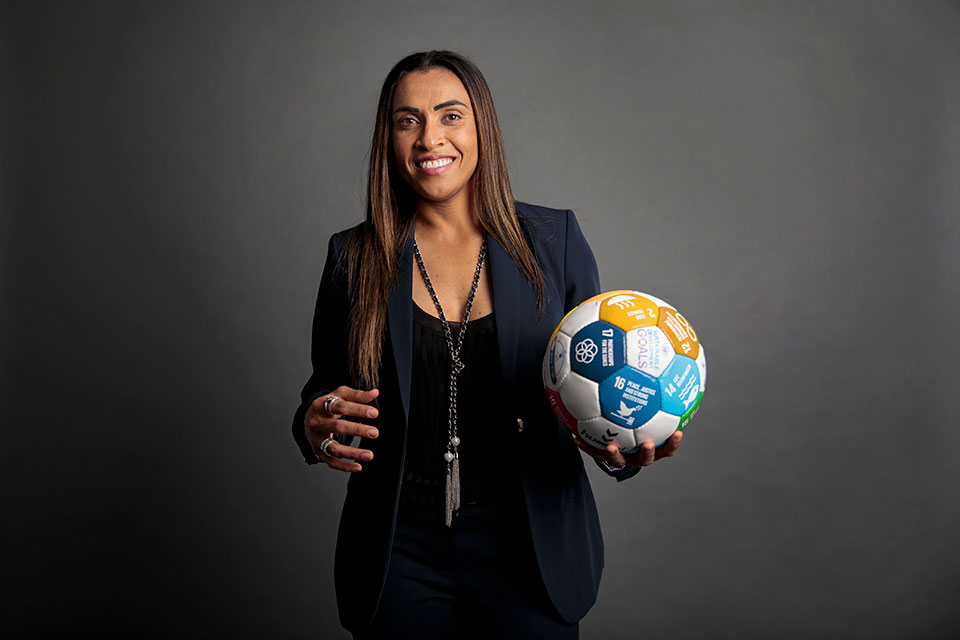 And it’s not just in sport, one study found that by age 6, girls are already less likely than boys to describe their own gender as ‘brilliant’, and less likely to join an activity labelled for ‘very, very smart’ kids.

By combatting these outdated stereotypes, women like Marta are breaking barriers and showing that girls can do anything.

Marta kept playing, proving that she was just as good as any boy in her community, and by the time she was 24 in 2010, she’d been named FIFA World Player of the Year 5 times in a row (plus a sixth time in 2018). Marta became a UN Women’s Goodwill Ambassador for women and girls in sport, to inspire the next generation of girls to pursue their dreams.

“Today, I want to use my story to empower girls everywhere, to work towards their goal, in whatever area that may be—in sport, in life, in work,” she says.

Words matter. The words and the language we use can perpetuate or break gender stereotypes. Using words and phrases like ‘humankind’ instead of ‘mankind’ and ‘business person” instead of ‘businessman’ place men and women on an equal level.

How did "all men" become "all human beings" in the Universal Declaration of Human Rights, when it was signed 70 years ago?@UN_News_Centre uncovers the women who championed gender equality: https://t.co/ydQ4qAf3ZD #UDHR70 #StandUp4HumanRights pic.twitter.com/6Z7SvzXqHJ

When the Universal Declaration of Human Rights was being drafted in 1948, Article 1 almost read “All men are born free and equal”. But Hansa Mehta, one of only two female delegates to the UN Commission on Human Rights at the time, fought for the more inclusive phrase “All human beings are born free and equal”, which was eventually adopted, making the declaration the all-encompassing document it was meant to be.

Think about the way you’re using words and phrases and how they can alienate or include all genders. To learn more, check out the United Nations guide to gender inclusive language, and UN Women’s searchable GenderTerm lexicon for more information.

3) Kick toxic masculinity to the curb

Ask questions. Gender roles are not biologically engrained in our DNAs, but constructed and defined socially and historically. What it means to be a boy or a girl, a woman or a man, or a transgender person, are ultimately a set of learned attitudes, perceptions and behaviours. And it’s not just women who get hurt or held back by gendered stereotypes. There is huge pressure on men and boys to perform and conform to specific roles that ultimately restrict them too, such as the expectation that men and boys don’t show emotion, or must be the bread winners of a family, or that they are naturally aggressive.

So, let’s drop the “boys will be boys” idea, let’s reject binary definitions of gender, and recognize all forms of gender identity and expression. Let’s celebrate diversity and respect every person’s right to live as their true self, with their full range of emotions, dreams and capabilities. 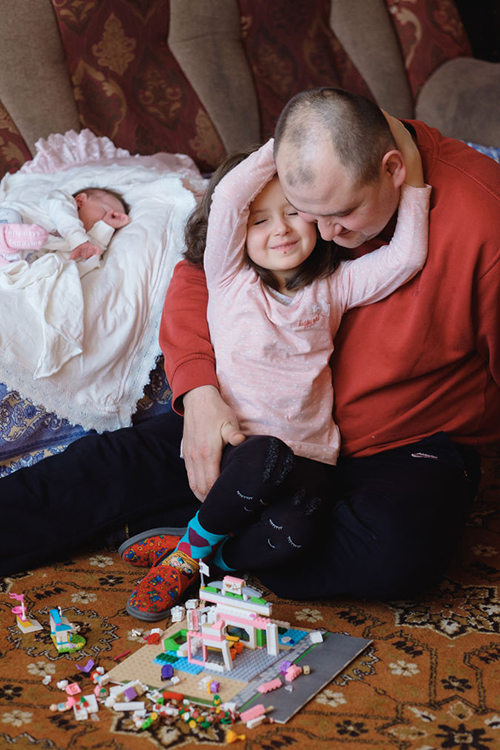 Who does what? From cooking and cleaning, to doing the dishes, helping kids with homework, to fetching water and firewood or taking care of children and the elderly, women carry out at least two and a half times more unpaid household and care work than men, meaning they have less time to participate in paid work. This unpaid care work is the work that makes it possible for families and societies to function, and yet, it’s massively undervalued and often invisible in the economy.

If you share a home, you have to share the work 50/50. Washing the dishes or cooking a meal or raising a child together isn’t ‘helping your partner’, it’s doing your share.

Love is love and always worth fighting for.

Love is love. The freedom to be who you are and love who you choose is a fundamental human right.

Around the world, persons of diverse sex, sexual orientation and gender identity continue to face discrimination, a proliferation in hate speech, and acts of violence.

When Helen Tavares, from Cabo Verde, the island nation off the west coast of Africa,was 14, she fell in love with another girl at school.

“Since a very early age, I felt that something about me wasn't like the other kids, I just didn't know how to explain what it was,” Helen says. “I always liked the "masculine" style and because of this, I was bullied at school.”

Now, Helen serves as President of the LGBT Association in Santiago, Cabo Verde and works to support young people and end discrimination and violence against the LGBT community.

By speaking out against homophobia, transphobia and biphobia, you can contribute to a more inclusive and peaceful society. Because, diversity is a strength, not a threat.

Related News
01/12/2021
Take five: “The justice system must be responsive to persons with disabilities.”
27/09/2021
From where I stand: “I want young Dalit women to be part of a society where they can voice their opinions and… dream of a life more than just basic”
14/09/2021
Gender equality and the UN General Assembly: Facts and history to know
22/07/2021
Women in sport are changing the game
21/06/2021
Explainer: What you should know about widowhood
END_OF_DOCUMENT_TOKEN_TO_BE_REPLACED