Take five: “One of the main obstacles to gender parity is the glass ceiling” 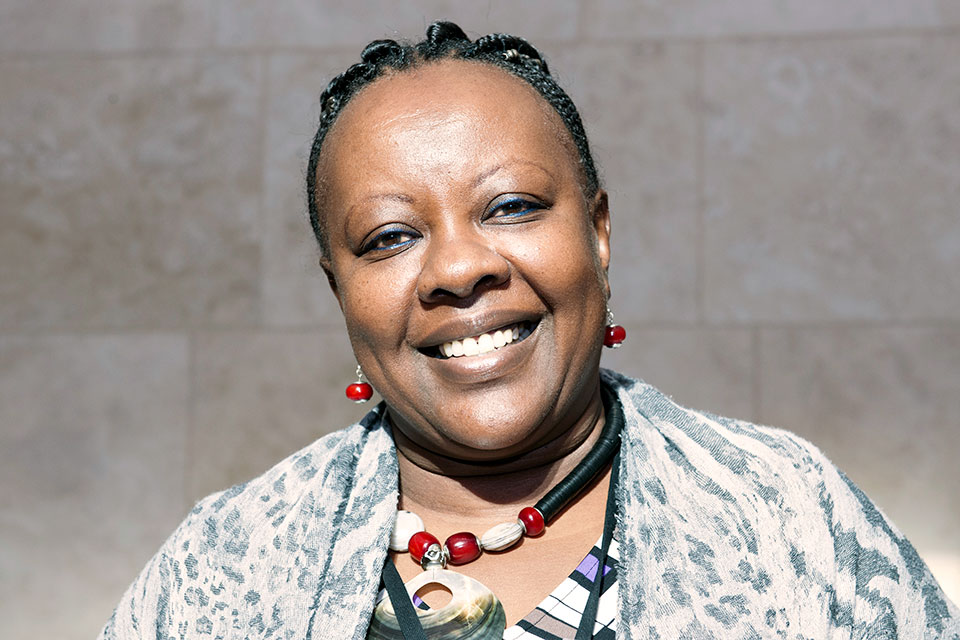 Angela Mwai leads the Gender Equality Unit at UN-Habitat and serves as the agency’s Gender Focal Point. The Gender Equality Unit works to ensure gender perspectives are encompassed in all of UN-Habitat’s work by mainstreaming gender equality and women’s empowerment in all of UN-Habitat’s policies, projects and programmes. Gender Focal Points across the UN system are part of the Inter-Agency Network on Women and Gender Equality (IANWGE) which is the single largest thematic network in the UN system—ensuring effective implementation, coordination and accountability for the gender equality work of the system. The IANWGE has representatives in all the organizations and bodies of the UN system and meets annually.

What is your role as a Gender Focal Point and why did you take up this role?

I have been a gender focal point for many years now, and I have always been passionate about gender issues. I have seen how by empowering women, whether it’s in Africa or in Asia, or anywhere else, you can build back families and communities, reinforce the fabric of the society, especially post-conflict. So it’s clear to me that we have to look at gender in development programmes.

As a gender focal point in UN-Habitat, I am involved in many discussions on gender, giving input to reports and publications and ensuring all projects (we undertake) include gender-responsive outcomes and impact, right from the design stage. I sit on the Project Advisory Group, which assesses each project proposal, and give ideas suggestions to integrate gender perspectives (and indeed the other cross cutting issues) into the projects.

I also provide advice to the Executive Director on the gender perspective of emerging issues. For instance, when we are talking about or engaging in the issue of migrants and internally displaced people in northern Kenya or other areas in conflict, and the resettlement of families, we have to know that many of these families are headed by women and understand how that affects the resettlement plan so that these families have equal access to available resources.

On occasion, I support units and branches directly during their retreats and workshops to speak on gender quality issues and from an internal perspective, we also discuss issues of Sexual Harassment and gender parity.

Why was the Gender Focal Point system created?

In 2007 when I joined, the Gender Focal Point system was already in place, in each thematic section of UN-Habitat’s work. The idea was that through the focal points, colleagues would have information on what is being done on gender in each thematic area of work. For instance, if we are doing a project in Afghanistan, what are the gender issues vis-à-vis that initiative and are they being considered in programme design and implementation?

In 2012, the Gender Focal Points system was revamped within our agency and we asked managers to nominate staff who were interested in gender equality issues, were committed to put in the extra time and for whom we would provide as much training as possible.

The biggest value of the gender focal points is to have eyes on the ground, where projects are taking place. We are not a large agency but having the gender focal points for each thematic area of work in the project countries allows us to have a bird’s eye view of what’s going on, what’s coming up as emerging issues, or what the challenges might be in implementing measures targeted to improve gender equality. They also serve as sounding board for ideas on programmes. The system works best when their capacity is strong, when they really understand gender perspectives and when they are supported by the senior management in their role.

What measures has your organization taken towards achieving and sustaining gender parity?

UN-Habitat is committed to attaining gender parity, even during the ongoing governance reform. In 2018 a Gender Parity strategy was developed the employment of ‘special measures’ was encouraged.

The UN Secretary-General in 2018 announced with the heads of the agencies and his office has reached parity at the senior level, and he challenged heads of Agencies asking ‘what are you doing in your organization? We really considered our hiring practices and we realized that we had to be better about deliberately looking for qualified women candidates. Typically, women candidates often undersell themselves, and men do the reverse, so if you are not deliberate in your effort to look for female candidates, you may miss some applicants who are well qualified for the job.

Women staff at my level and higher were also required to be part of interview panels. Before this, the panels used to have more men - a balanced interview panel is better overall.

What are some of the main challenges to achieving gender parity in the UN? What will it take to get to 50-50?

One of the main obstacles to gender parity is the glass ceiling that women often hit, as many of them are at junior level jobs and transitioning into senior-level jobs at the UN is not easy. Often, there are fewer posts available at the top. More opportunities are needed that facilitate career growth and transition into senior posts.

Mentorship programmes that prepare women for management roles would be helpful. Also, rotation opportunities that enable women working in country offices to access headquarters positions and vice-versa, even for short periods of time, can help with career growth. Flexible working hours and equal parental leave should be applied throughout the UN system, in country offices and in headquarters, so that women on maternity or with younger families do not lose out because of their family obligations.

How can the network of Gender Focal Points be strengthened throughout the UN system?

Consistent capacity building of the Gender Focal Points is necessary, and there is a need for consistent funding for this core activity so that the focal points role is not project-reliant. Budget is a critical issue here and provision of dedicated funds should reflect the commitment towards gender equality and gender parity.

The Gender Focal Points also require, and they themselves request, capacity-building training sessions on various issues, including sexual harassment, as they are sometimes the first point of contact for reporting in the field; as well as training on how gender issues intersect with other development issues, such as projects on urban planning, water and sanitation or energy. These capacity building workshops are a great opportunity to educate and reach field programme colleagues too, because once we show the impact on the ground when gender issues are addressed, they don’t need to be convinced why they should integrate gender; the conversation shifts to how they can achieve that.