Maria Gonçalves Lopes, 47, started working as a domestic worker when she was only 12 years old. After finishing primary school, Lopes says that she had no choice but become a domestic worker, to bring additional income into her family.

"I work as a maid,” Lopes says. “It was this work that helped me [afford] the education of my children, who are in the university today." 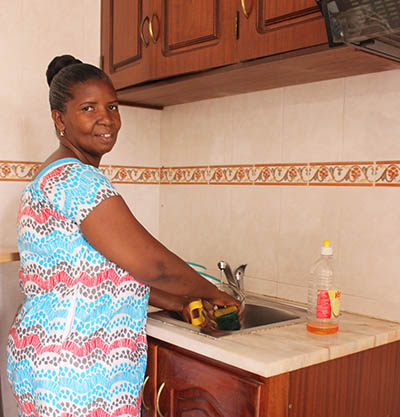 In Cabo Verde, more than a quarter of all employed women (26 per cent) are domestic workers, many of whom work without contracts, without recognition as formal workers and the social protections that come with formal jobs. For instance, domestic workers are unable to enrol in the National Institute of Social Security and do not have access to pensions when they retire or health coverage for them and their children.

Lopes considers herself lucky because in her career, she has worked with supportive bosses. She has had fair working conditions, better wages and the right to vacations. But she knows that many women who work in this sector do not have these basic rights. Without formal contracts and established rules, these are mistaken as “privileges” for a lucky few.

“Despite being in the Labour Code and the law saying that they should be included in the social security, in practice this is not the case," says Lopes.

Carla Monteiro has been a domestic worker since she was 18 years old and she has never had access to social security. "Last year, I was sick for a month and had no social security to cover my expenses or to purchase medicines. My salary is the minimum wage of 13000 escudos CVE (130 USD) per month; I cannot cover all these expenses,” shares Monteiro. “I hope that with [the help of] the association, we will have more strength to demand our rights as workers.”

The Cape Verdean Institute for Gender Equality and Equity (ICIEG), with the support of the UN Women, is working on the proposal for the preliminary draft regulation on domestic work.

The first draft of the legal document specifies what should be considered as domestic work, establishes rules for the preparation of contracts and compulsory registration in social security, and calls for regulations on work hours, probationary periods, salaries and vacation time. Once the regulation is adopted, the domestic workers association and workers themselves will have a tool that they can use to negotiate better working conditions and to claim their rights.

“Domestic employment represents a fundamental contribution to the viability of the country's economic and social gains,” says Rosana Almeida, President of ICIEG. Since many domestic workers don’t consider themselves as part of the formal labour force and deserving of rights and benefits, she is hopeful that these regulations will help change attitudes and mindsets of workers and employers alike. 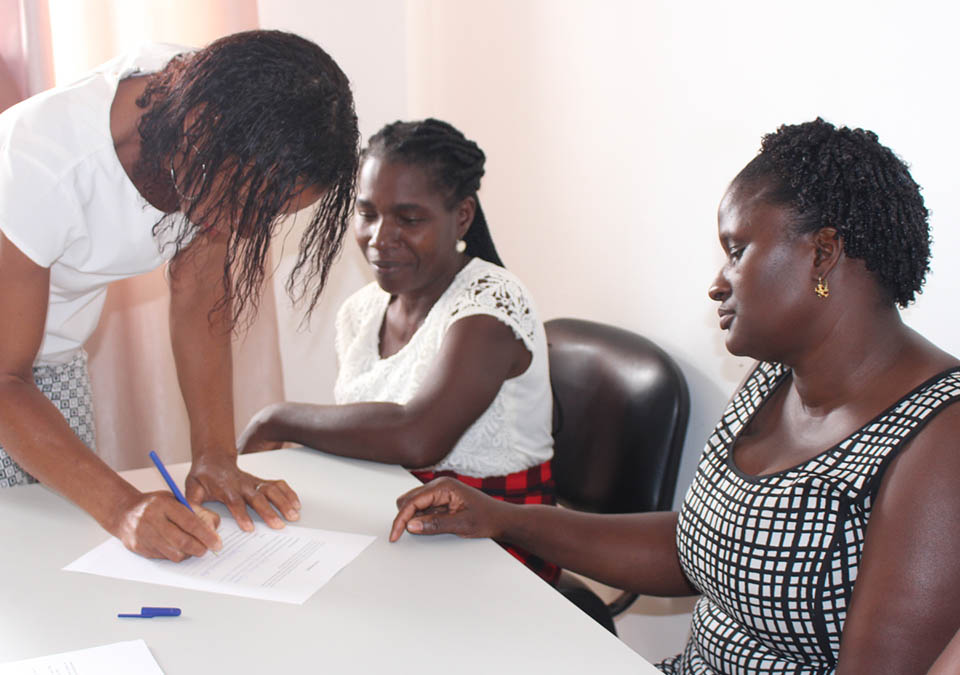 Analysis of the current situation of domestic workers carried out by the INSPIRED+ project, funded by the European Union, the Netherlands Institute for Multiparty Democracy and World Alience – Club de Madrid, informed the draft regulations. It’s all part of a UN Women-supported project implemented through a local partner, Associação Caboverdiana de Luta Contra a Violência Baseada no Género, which is promoting decent work for women domestic workers.

Welcoming the new regulations on domestic work, UN Women Representative in Cabo Verde, Cláudia Rodrigues, said: “This instrument reflects the international commitments undertaken by the country to promote gender equality and women's rights, particularly CEDAW and ILO Conventions (100 and 111). By promoting and protecting the rights of domestic workers, the regulations recognize their economic and social contribution to human development, reduce social risks and the economic cost incurred by domestic workers, their families and the State.”

For Lopes, the next steps are clear: she wants domestic workers across Cabo Verde to be recognized and valued as workers. “We want a decent salary, better health and retirement [benefits], and education of our children.”