From where I stand: “Every journalist must be aware of the power they have to help change things”

Chissana Magalhães is a journalist from Cabo Verde who reports on gender equality issues regularly. Since undergoing a training programme through UN Women, she feels that the media has the responsibility to report on gender and human rights issues and stories can change lives. 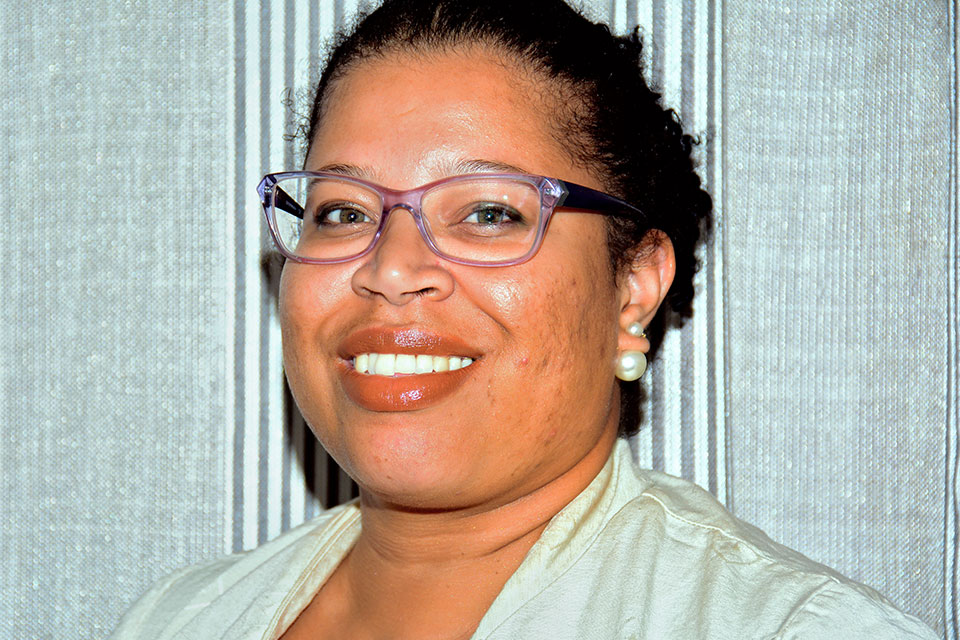 To be a gender champion in journalism is to use the power that we have to tell stories that illustrate the country’s reality in terms of gender issues; to tell stories of empowerment…stories about the good policies, but also about what needs to change. As journalists it is our duty to give voice to the minorities and those affected by injustice.

Gender is not a “hit” issue. I was always aware of the invisibility and discrimination that minorities experienced and empathized with them. When I started working as a journalist, I started bringing this topic to the public and telling the stories I believed needed to be told.

Here in Cabo Verde, the impact that each story told by the media makes is immense—not only among the public, but also among decision-makers. For example, two years ago I wrote a story on the LGBT community’s demand for civil marriage. The story made political leaders take a public stand on this issue for the first time. Also, civil society reacted [to the story] by organizing many events to support the LGBT community.

Media can make even more impact if women are represented as opinion-makers and protagonists of stories about the economy, politics and technologies.

I believe that every journalist must be aware of the power they have to help change things; to seek information, to question the policy-makers, to question the “cultural traditions” when they are unfair and sexist; and to search for untold stories.

The gender equality training I took made me more aware of the power and responsibility that I have, as a journalist. Before, writing stories on gender and human rights issues was instinctive. The training helped me realize that we have a duty to [learn and] report on these issues.”

Chissana Magalhães, 39 years old, is a journalist at Expresso das Ilhas, Cabo Verde. She has undergone several training sessions supported by UN Women, on LGBT issues and women’s leadership and political participation. As part of the United Nations campaign Free and Equal, she was among 21 journalists who received a training specifically on sexual orientation and gender identity, funded through the Government of Luxembourg.

Related News
15/11/2018
From where I stand: “Being LGBT means fighting against prejudice and violence every day”
31/01/2017
From where I stand: “Today, I am living my dream, because I got a second chance”
27/02/2013
In the words of Chi Yvonne Leina: How I stopped grandma from ironing my budding breasts
22/06/2022
UN Women Reveals Concerning Regression in Attitudes Towards Gender Roles During Pandemic in New Study
28/06/2021
Winners of the comic and cartoon competition, “Generation Equality: Picture It!”
END_OF_DOCUMENT_TOKEN_TO_BE_REPLACED