From where I stand: “I believe times have changed and my community needs adapt to this change”

Ibrahim Hamawa, is the Lamido— traditional leader— of Zamay Kanton, a village in the Far North Region of Cameroon. The 63-year-old leader has already appointed the first-ever woman as a Lawal (Chief) and encouraging more women to take up decision-making roles within the traditional council. If women from other countries can make good leaders, why shouldn’t they in his community, he challenges. 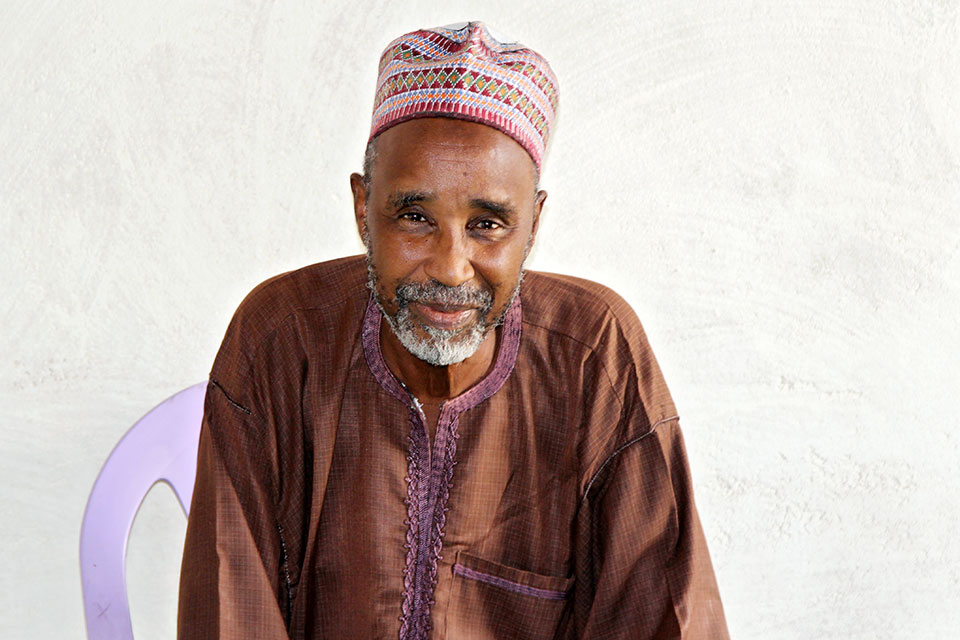 Lack of education remains the biggest challenge that prevents gender equality, as uneducated women lack self-affirmation and uneducated men find it difficult to change their mindset and accept equality between men and women.

The “club de mari” of Zamay, where I serve as the president, organizes regular sensitization meetings with community members on issues of gender equality, gender-based violence, education of the girl child, forced and early marriages, etc.

After I became Lamido [traditional leader], I participated in several training and sensitization sessions on issues related to gender equality, gender-based violence and early marriage organized by UN Women and other humanitarian organizations. I believe the world is changing, and my community needs to change with the times and adapt to progress.

I realized we have good women leaders in other countries, so I decided to do the same in my community by nominating Mamah Kiagama as Lawal (chief of a community) of Mayo Tshaka, one of the villages that make up the Zamay Kanton.

The Lawal was appointed based on her competence and moral integrity. This initiative to appoint a woman as Lawal was appreciated by the majority, but we still face some resistance from a few men in the community. When men of her village bypass her and bring their complaints to me, I send them back to her.

She is a good leader and has already improved things in her village and contributed towards reducing crimes. I believe this decision to nominate Lawal Mamah Kiagama will change the perception of women in our area, and also in other areas. Her nomination has boosted the self-confidence of a lot of women in the community. Women now feel more comfortable to express themselves and bring their complaints to the traditional council. Lawal Kiagama has also started a women’s association to help sensitize and empower women and to promote gender equality.

I am in the process of appointing three more women to participate in the traditional council of Zamay and join decision-making processes in the community.

Our community has seen a lot of positive changes, such as the reduction of abusive divorce, forced and early marriages, and improvement in girls’ education. The gender-sensitive market constructed by UN Women also helps with economic empowerment of women in my community as it offers women vendors a clean and safe space to sell their fresh produce, even while nursing their babies.”

Lamido Ibrahim Hamawa, 63, was elected as the traditional leader of Zamay Kanton, in Cameroon’s Far North Region in 2012. Through a UN Women project that promotes economic empowerment and resilience of women affected by the Boko Haram insurgency, funded by the Government of Japan, Lamido Hamawa received training on gender equality. He has made inclusion of women in leadership and decision-making position his priority.

Related News
06/12/2021
From victims to leaders: Ending gender-based violence in the Lake Chad Basin
25/07/2019
In the words of Dorcas Amakobe: “We take girls when they are nine years old and give them a chance to be bold”
14/06/2019
From where I stand: “I lived in terror every day”
13/11/2018
In the words of Aissa Doumara Ngatansou: “My own experience of discrimination inspired me to become the activist that I am today”
21/10/2021
I am Generation Equality: Caryn Dasah, peacebuilder
END_OF_DOCUMENT_TOKEN_TO_BE_REPLACED