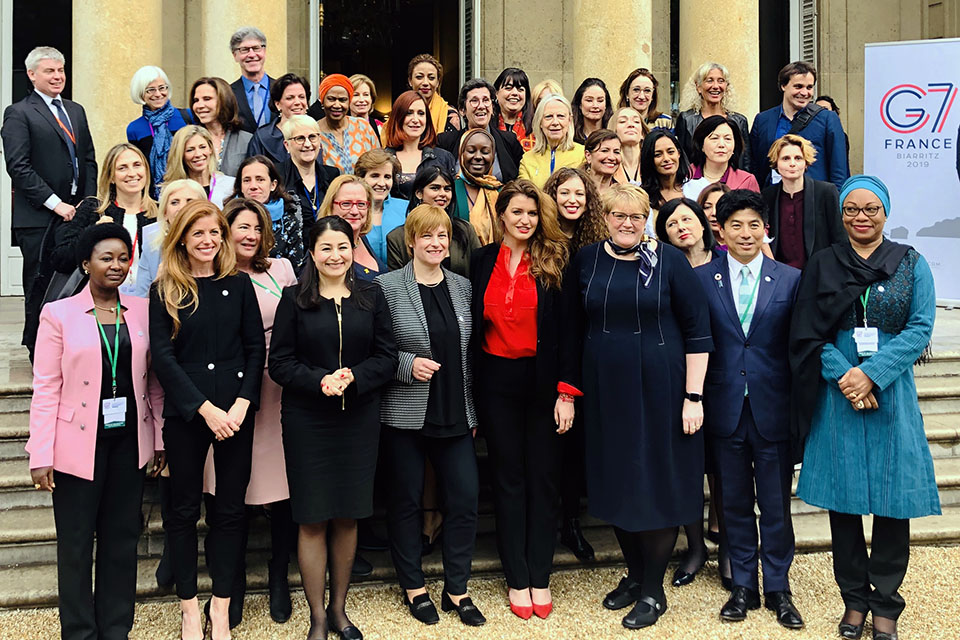 Participants in the second meeting of the G7 Gender Advisory Council, on 9-10 May in Paris, France. Photo: UN Women/Laurence Gillois

During the second G7 Gender Equality Advisory Council meeting, members prepared recommendations to support the development of the Biarritz Partnership, a set of laws from around the world that promote gender equality. The Council presented its recommendations to G7 Ministers and to civil society and the press.

The Council expressed concerns about the persistent, and even growing, threats against women’s rights in many countries and called the G7 Ministers to take a leadership role in “pushing back against the push back”.

The Advisory Council highlighted that legislation is a powerful instrument for change, as long as it is comprehensive, implemented, funded and monitored with sanctions and incentives. It called on all countries, especially the G7, to improve their legislative frameworks and assure the conditions for their implementation in order to make gender inequality history.

The Council called to identify and abolish discriminatory laws, including in the G7 countries where they still exist; enact and implement progressive legislative frameworks that advance gender equality; guarantee necessary financing to implement those legislative frameworks; and invest in strong accountability and governance mechanisms, including support for civil society.

The Council also called on the G7 to establish an independent accountability mechanism on gender equality and report annually on their commitments.

The Executive Director will continue to engage in the Advisory Council towards the finalization of the Biarritz Partnership, which will be presented at the G7 Summit on 24-26 August 2019. 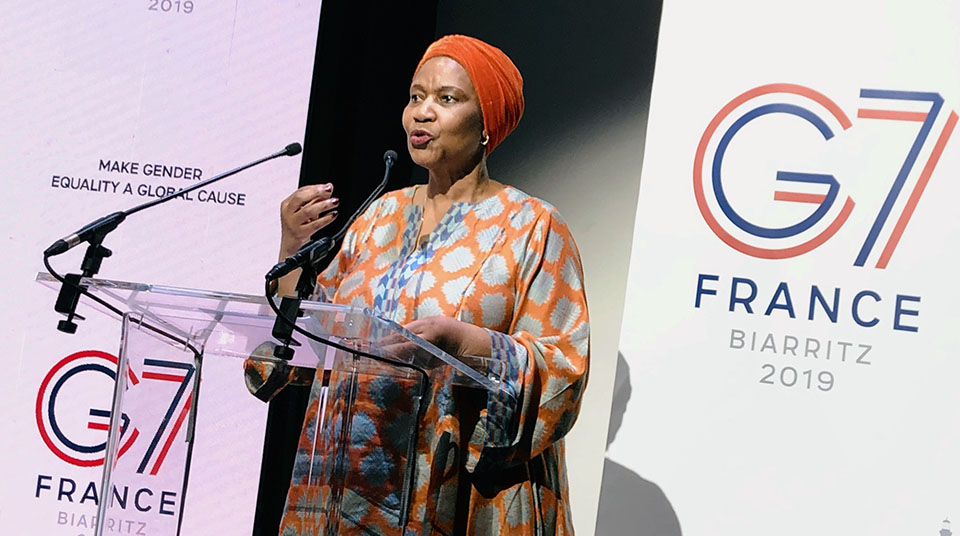 Recommendations of the Biarritz Partnership will specifically focus on: Protecting women and girls from violence, ensuring access to education, promoting economic empowerment of women, and combating discrimination and ensuring the effective participation of women in political and social life.

The Executive Director also met with the Women 7 (W7) and exchanged on recommendations to the Biarritz Partnership.