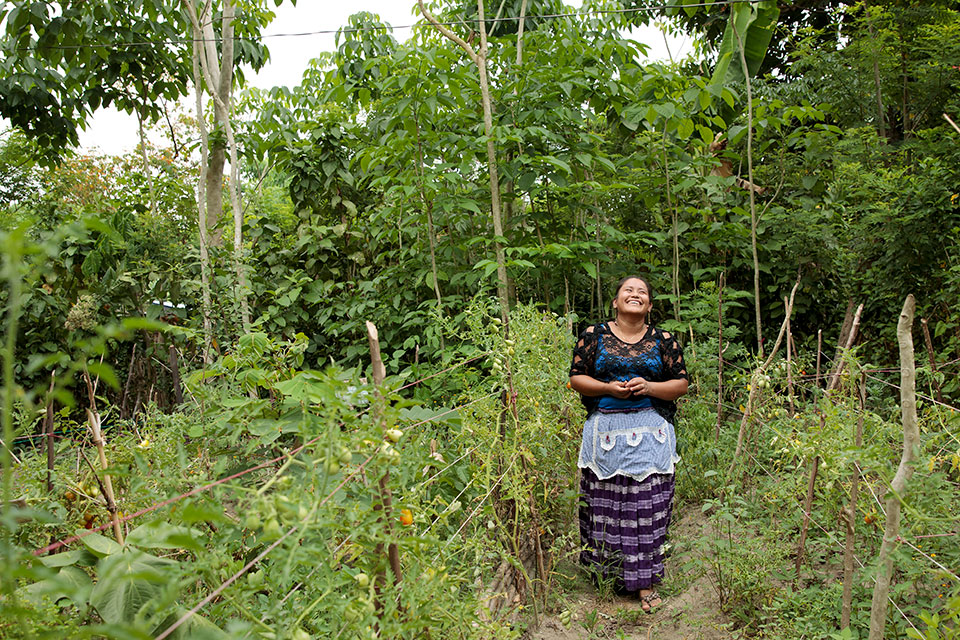 As the world faces an increasingly critical need to act against climate change, the important role that rural women and girls play in building resilience is unquestionable. Indeed, it will take not only leaders, but whole populations to make the necessary changes for a carbon-neutral world. This year’s theme for the International Day of Rural Women (15 October), “Rural women and girls building climate resilience” leverages the momentum garnered by the UN Climate Action Summit, which kicked off the 74th session of the UN General Assembly. The day serves as a reminder that the world’s sustainable future is not possible without rural women and girls.

Rural women and girls play a significant role in agriculture, food security and nutrition, land and natural resource management and unpaid and domestic care work. In fact, globally, one in three employed women works in agriculture[1]. Women also collect biomass fuels, manually process foodstuffs, and pump water; eighty percent of households without piped water rely on women and girls for water collection[2]. Certainly, rural women are at the front of the battle lines when natural resources and agriculture are threatened. For example, a quarter of the total damage and loss resulting from climate-related disasters from 2006 to 2016 was suffered by the agricultural sector in developing countries, and this significantly impacted rural women and girls’ food security and productive potential[3].

Despite women and girls’ critical contributions to rural communities, rural women lag behind rural men and urban women on almost all global gender and development indicators for which data are available. Women are more likely to die during most climate-related disasters and face greater constraints in accessing natural resources like land and water. What’s more, climate change exacerbates existing inequalities, potentially leaving rural women and girls further behind.

Consequently, one of the most effective ways to achieve progress on the threats posed by climate change is addressing gender inequality. Empowered women have greater capacity to respond to climate change; they play important roles in adopting low-carbon technologies, spreading knowledge about climate change, and urging action. Adopting gender-responsive climate policy and programmes and promoting women’s leadership in climate action are thus among the key pieces in reducing the harmful effects of global warming.

UN Women, along with other UN and development entities, recognize this great need to empower rural women and girls in the context of climate change. The 2019 Secretary General report on “Improving the situation of women and girls in rural areas” focuses on climate, and UN Women is implementing multiple programmes to empower women in the face of global warming. Promoting women’s empowerment through climate resilient agriculture is a mainstay of UN Women’s programmatic activities on sustainable development, and its Joint Programme with FAO, WFP, and IFAD on Rural Women’s Economic Empowerment prioritizes sustainable livelihoods and rights, aiming for, inter alia, increased incomes and adoption of climate-resilient agricultural practices.

On International Rural Women’s Day, UN Women, along with the UN community, is drawing attention to the implementation of commitments to gender equality by climate change actors, such as the UN Framework Convention on Climate Change Gender Action Plan, and calling for actions to support the capacities of rural women and girls to respond to climate change through agricultural production, food security, and natural resources management.