Boosting harvests for women in the hills of Nepal 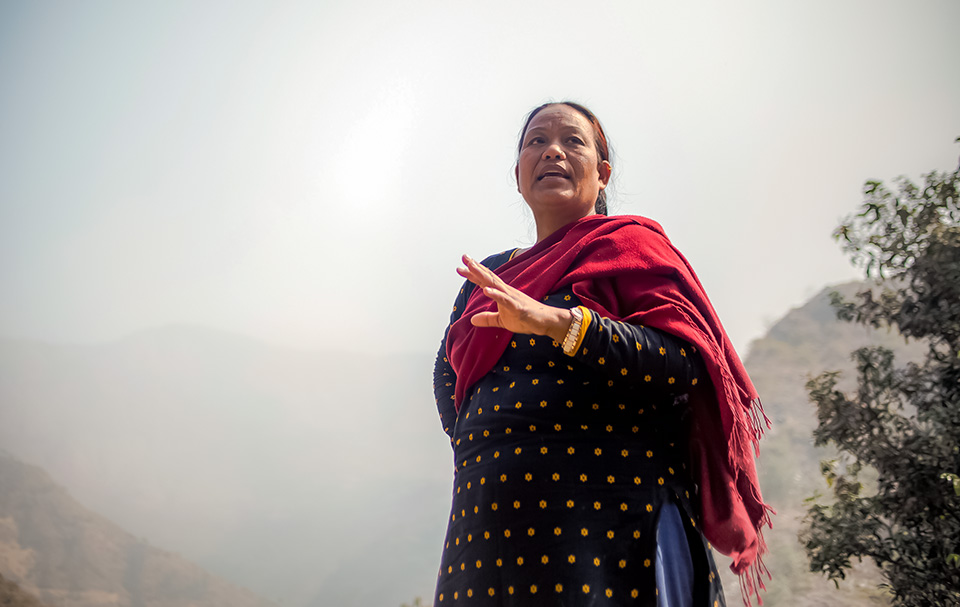 Tamang, seen here in Roshi village in December 2018, inspires other women in her village to improve their lives. Photo: UN Women/Merit Maharjan

Kavrepalanchok, Nepal — Indra Maya Tamang says that for as long as she can remember, her family has farmed the land here in the hills of Nepal. “We have carried on with the practical knowledge that has been passed on to us from generations ago,” she says.

But Tamang now also knows this: “Times are changing, the air we breathe is changing, and if we don’t learn new techniques now, we’ll be stuck in the past. One cannot afford to be constant — change is inevitable. That is why we too must keep moving forward.” 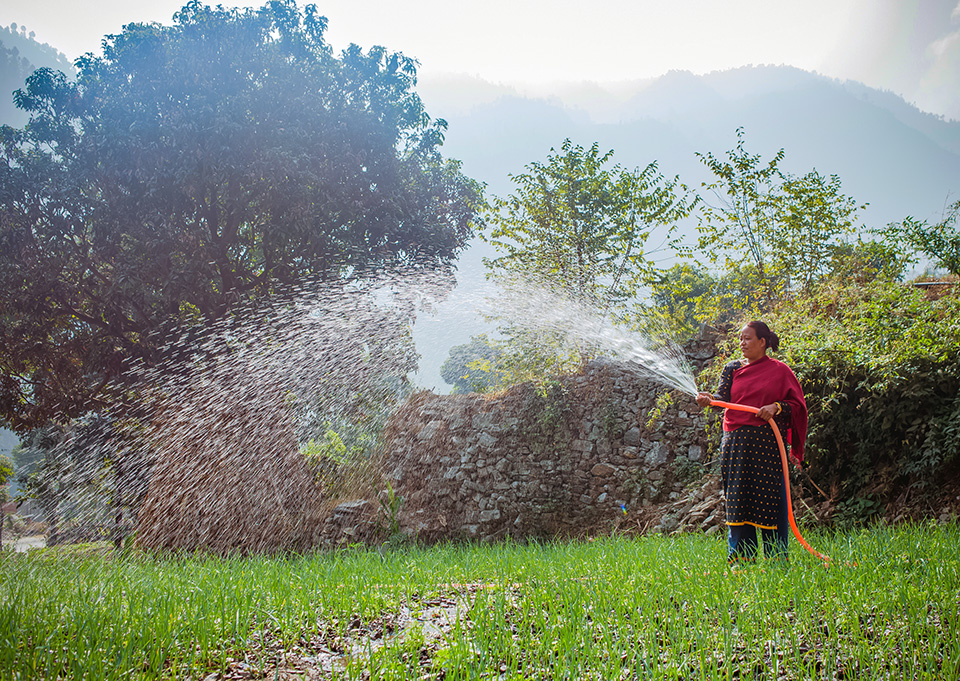 Tamang has loved farming since childhood. And recent training provided by UN Women has made it more profitable as well. This photo was taken in Roshi village in December 2018. Photo: UN Women/Merit Maharjan

Tamang, 37, did learn the new techniques, and the result was a 5,000 rupee (USD45) boost in her monthly income along with a surprisingly big harvest. “There were so many healthy tomatoes — I had enough to sell, enough to store, and enough to share among my fellow villagers,” she said.

Tamang never completed school but loves learning. She learned the agricultural and entrepreneurship techniques at a one-month training in off-season vegetable farming and a 12-day Gender Responsive Entrepreneurship Development training done by the Government’s Vocational and Skills Development Training Centre.

The trainings were part of the UN Women’s Advancing Women’s Economic Empowerment (AWEE) Programme, which is funded by the Government of Finland. The 4 1/2-year programme works in Kavrepalanchok, where Tamang lives, and five other districts of Nepal to support over 2,000 marginalized women — rural women like Tamang; women affected by conflict; survivors of human trafficking; migrants who have returned home; home-based workers; and women living with HIV and AIDS.

These women get vocational and entrepreneurial skills training and help to start up businesses, find jobs, and make business connections. As of June, 1,087 of the women had started making incomes or had boosted their incomes. This included 36 returning migrant workers who started working as licensed electronic rickshaw drivers, a non-traditional occupation for women in Nepal.

The AWEE programme provided Tamang and other farmers with farming tools such as hose pipes and pumps.

“Most importantly, they taught us how to put our time and energy into use,” she said. “Before the training, we would be sowing the wrong seeds, planting the wrong saplings at the wrong time. In fact, we’d even be watering too much or too little. What we have learned allows us to ensure that no effort is wasted.”

Tamang said she believes in the saying, “One rises by helping others rise.” When the programme trainings became available in her area, Roshi village, she made sure that at least one woman from each nearby village also participated. “That was the only way the knowledge would be transferred, the skills would be multiplied,” she said. “When the entire community is empowered, then only (do) we have a support system.”

“The programme has also helped them develop soft skills and emotional intelligence that helped them further enhance their self-confidence and grow their businesses. The skills that the women acquired through the trainings and the follow-up support have also helped them become empowered decision-makers at home, and respected leaders in their community.” 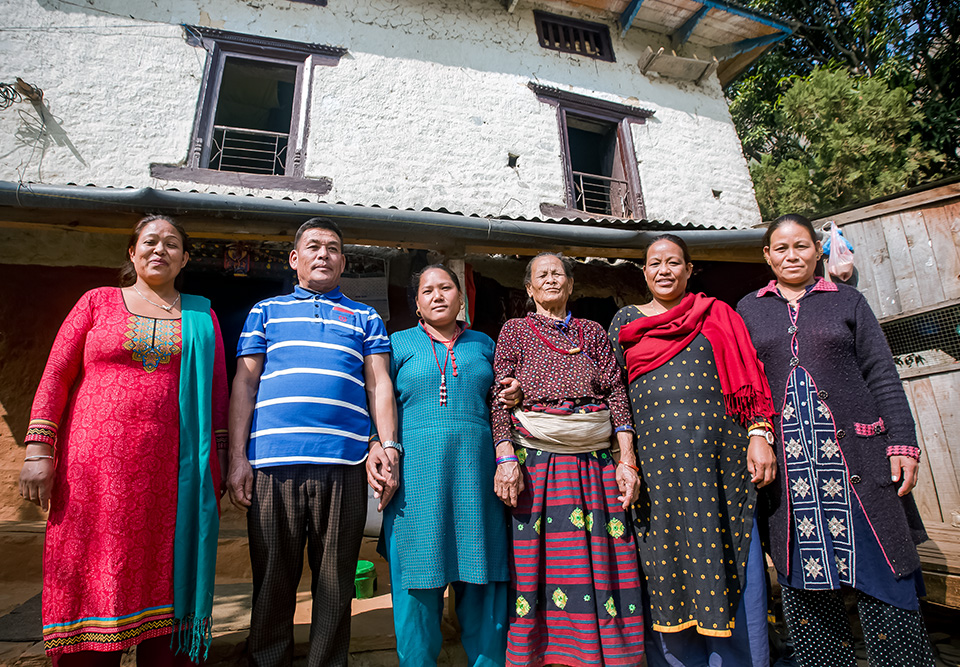 Tamang's family supports her efforts to take a leadership role in Roshi village. This portrait was taken in December 2018. Photo: UN Women/Merit Maharjan

Tamang recalled how she used to be a member of a communal cooperative that pooled five rupees a month to help each other in dire times. Today, her economic security has given her increased confidence in community service and leadership. Tamang is now a leader in Roshi village. Women in the village entrust her with tasks and responsibilities for the betterment of the community.

“Her leadership has been inspiring,” said Sita Shrestha, a community member. “She has tried to take us all forward, together. We now have the knowledge, tools and the community to succeed. All of this has been under Indra’s leadership.”