Amidst multiple crises, a Syrian in Beirut uses new skills to make a living

As Lebanon sees a rapid increase in COVID-19 cases and deteriorating living conditions due to the ongoing political and economic crisis and the Beirut port explosions, Nisrine Kaf Al-Ghazal, a Syrian living in the capital, tries to make ends meet. 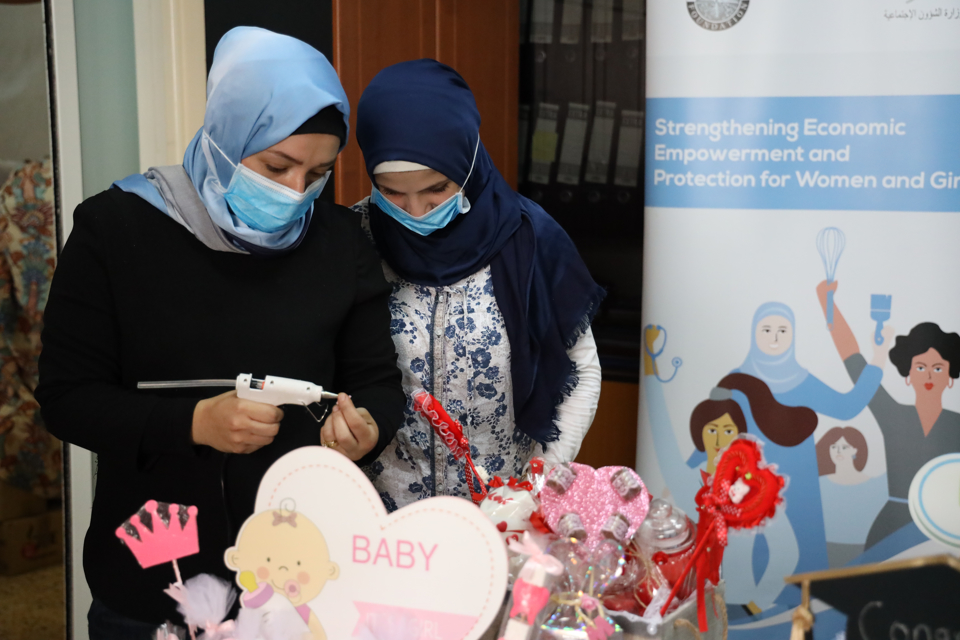 Nisrine Kaf Al-Ghazal, a Syrian living in Beirut, saw her house badly damaged by the Beirut explosion on 4 August. “All the glass in the kitchen, bathroom, and living room shattered in front of our eyes,” she said.

Her son Nour, 20 years old and currently unemployed, was at a café with friends in Raouche, about 6 kilometers away from the explosion’s epicenter. Nisrine was unable to reach him as she lost signal in her mobile phone and could not call him or any of his friends. Luckily, he was able to walk home, and reached her an hour after the explosion safe and sound.

Almost three months after the blasts, Nisrine still waits for volunteer construction workers to help fix the glass in her house. She is hoping she can soon resume selling her chocolate wrapping designs, one of the skills she learned during a training workshop on event planning  supported by UN Women, in order to earn money and support her family.

Nisrine was only 12 years old when – 21 years ago - she married and moved from her native Syria to Beirut. “At 12, I thought that marriage meant a bridal dress, a handsome groom and some hugs and kisses,” she recalls. Soon she understood what her new situation entailed in terms of work and responsibilities. When Nisrine moved to Lebanon her mother-in-law told her, “now you are married. It would be best if you forget childhood. From now on, you can’t depend on your mother, and you cannot expect anyone to feed you or to bring you clothes.”

One year later, at 13, she had her first baby boy, and quickly had two more sons. Becoming a mother while still a child herself was extremely challenging. Simple tasks such as giving her newborn a shower, or cuddling him, were terrifying. “I was a baby taking care of another baby, while I was the one who needed to be put to bed or fed.”

Any plans to study and pursue a career, were abandoned. Nisrine would soon learn how to do household chores. At such a young age, she didn’t have the time or confidence to make friends or create a social life for herself; she didn’t even visit her neighbors. Now at 33, she wants to make friends, to learn and to build a career for herself. 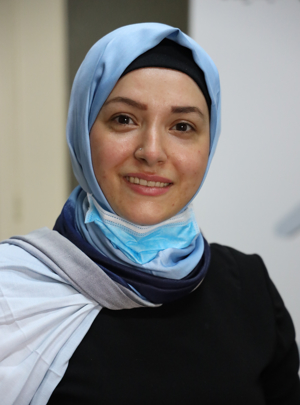 When she first heard from a friend about training on event planning hosted at the Social Development Center in Tariq El Jdide, Beirut, she knew she wanted to sign up. The two-month course is one of several provided by UN Women and implemented by Safadi Foundation with the support of the Government of Japan. They aim at supporting women and girls to foster their economic independence.

During the COVID-19 pandemic, the Social Development Center has managed to apply necessary precautions to host and train 117 women so far in 2020.

Throughout her training, Nisrine acquired new skills in event planning and wedding design. This included designing chocolate wrappers for formal occasions, setting up flower arrangements and crystals, and matching linen colors. After the course, she enrolled in a social media training, provided under the same UN Women initiative. The skills she learnt enabled her to create “Chocolate Zeytuna” a Facebook page displaying her customized chocolate wrapping designs.

For the past two years, with the help of her son’s in making deliveries, she was able to sell chocolate wrapping designs and souvenir sets for engagements, weddings, birthdays, and baby showers. Even though Nisrine is still active on her Facebook page, which already has earned over 1500 likes, sales have been reduced due to increased chocolate prices and fewer events as a result of the ongoing economic crisis afflicting Lebanon and the COVID-19 pandemic.

However, Nisrine remains optimistic. “Learning new skills has made me stronger; I now give my husband advice and voice my opinions, and even tell him when we disagree on a topic. This training has increased my self-esteem. Now, I feel more confident to speak out loud.”

“Concerted and creative new solutions are needed to enable women to support women to enter the job market, particularly at this challenging time. In Lebanon, in this time of multiple crisis, UN Women invests in women’s human and social capital to provide them the steppingstones needed to enter the economy”, says Rachel Dore-Weeks, Head of UN Women Lebanon.

Nisrine dreams of opening her own store and is dedicated to give her children a better start in life than the one she had. In doing this, she wants to build a career and be able to equally contribute to living expenses with her husband. She says “If I had a daughter, I would not allow her to get married at a young age. I would make her finish all education and then think of marriage."

Related News
25/04/2021
From where I stand: “I deserve to live, and work and do whatever is needed to make my daughter happy.”
28/04/2020
Using technology to assist vulnerable Syrian refugees during COVID-19 lockdown
23/06/2022
Op-ed: End the disconnect
20/06/2022
Trained in agriculture, women Palestinian refugees gain new confidence
02/08/2021
Empowering Libyan women to make a living and put food on the table
END_OF_DOCUMENT_TOKEN_TO_BE_REPLACED