From where I stand: “I deserve to live, and work and do whatever is needed to make my daughter happy.”

Former Lebanese prison inmate Oula Abdo, 24, reflects on the challenges of life after prison and how she is getting back on her feet to embrace life again. 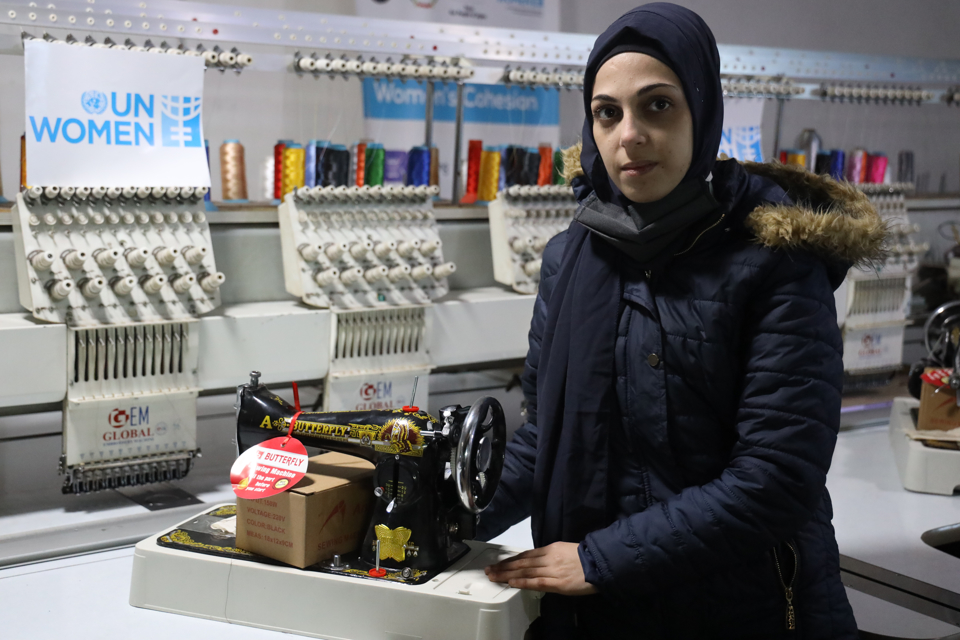 My ex-husband was very abusive and a drug addict; sometimes he would lock me up at home for days, leaving me with whatever food there was at home. He was formerly a taxi driver and used to own a bakery, but he sold everything for drugs, even the furniture in our house.

I endured the abuse for a long time and never said anything, but when he started hitting my daughter, I could not take it anymore. I left him, and I filed for divorce and moved in with my parents.

In my community, it is unacceptable for women to divorce, and my family treated me like an outcast. My siblings kicked my daughter and I out of the house, so I sought help from friends who rented me a small apartment. My ex-husband could not accept the reality that I was living alone with my daughter in a house rented by my friends, so he falsely reported me to the police on charges of prostitution, but the accusations did not stick. He would pass by occasionally to see our daughter and would even ask me to get back together with him.

One time, my daughter was playing in the living room, and she found two bags of drugs under the couch; I immediately handed the bags over to my ex-husband and asked him not to come to my house again as long as he was still on drugs. He eventually turned himself in and accused me of selling drugs with him, and that is how I went to prison for a year and three months.

My mental health in prison deteriorated a lot, and my daughter, who was staying with my parents, had frequent asthma attacks and would be rushed to the hospital for emergency care, and I could not be there to hold her hand. I used to cry every day - everything reminded me of my daughter.

I signed up for the training programme with Tripoli-based NGO Al Jamhiyaa al Loubnaniya Al Khairiya lil Islaah Wal Taahil two months before my release - I was the second to sign my name because I was in dire need of psychological help. Initially while I was still in prison, I was receiving psychosocial support.

I left prison three months ago, and enrolled in the second phase of the training, at a sewing workshop run by Al Jamhiyaa al Loubnaniya Al Khairiya lil Islaah Wal Taahil. None of us who attended the training skipped a single day because we wanted to be there; we wanted to get out of the house and to be part of a community where all we do is learn, laugh and be there for each other. It helped me feel like I could overcome my depression and that I could stand on my own feet again. It made me realize that I must not remain broken.

I used to self-harm; now I refuse to. I deserve to live, and work and do whatever is needed to make my daughter happy; I need to live if not only for myself, but also for my daughter. I refuse to let my daughter live what I lived through. When I first got out of prison, I refused to look at anyone in the eye; I would walk with my head down, but everything has changed now. My personality is more vigorous, and I am confident to face society; I believe in myself. Now, I dare to reply back to anyone who disrespects me.

My parents have also become more supportive. Thanks to this training, they regained their trust in me, and they are happy that I am leaving my house and that I am working. I already have two clients who asked me to shorten a pair of pants and a jacket, and I plan to work on these newly acquired skills to provide income for my daughter and me."

Oula was part of a UN Women programme catering to current as well as former female inmates in Lebanon, conducted in partnership with Tripoli-based NGO Al Jamhiyaa al Loubnaniya Al Khairiya lil Islaah Wal Taahil (The Philanthropic Lebanese Association for Reform and Rehabilitation) and made possible by the generous support of the Government of Japan. The programme supports the rehabilitation of prisoners, and their transition from prison back into society. It includes psychosocial support sessions while inmates were still in prison, as well as skills-based training in sewing, and cooking for inmates who were released. At the end of the six-month training, trainees were provided with assets to enable them to start their own businesses.

Related News
22/12/2020
Amidst multiple crises, a Syrian in Beirut uses new skills to make a living
02/08/2021
Empowering Libyan women to make a living and put food on the table
16/11/2018
In Lebanon, healing the wounds of violence through theatre
20/08/2018
The Road towards a National Action Plan on Women, Peace and Security for Lebanon
21/05/2018
In the words of Rabiha Khalloof: “Our society needs women to help future generations succeed”
END_OF_DOCUMENT_TOKEN_TO_BE_REPLACED