The Road towards a National Action Plan on Women, Peace and Security for Lebanon 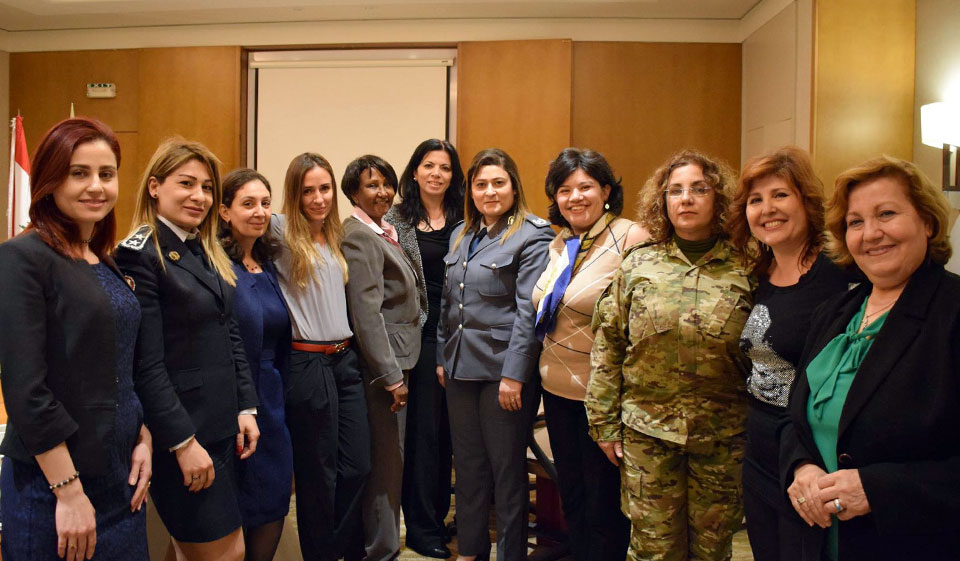 Wedged between prolonged conflict on both its northern and southern borders with Syria and Israel, respectively, Lebanon has endured immense stress over the past several decades.

Presently, Lebanon hosts the highest number of refugees per capita in the world—more than 450,000 Palestinian refugees and close to one million Syrian refugees, three-fourths of them women and children. In addition to the tensions near its borders with Syria and Israel, Lebanon is still reeling from the effects of an internal armed conflict that dates back to the 1970s. Over generations, women bore the brunt of the war, as evidenced by women’s low participation in the labour force, which is estimated at 24 per cent. Lebanon has only one female minister in a 30-member Cabinet and no women serve as governors. Moreover, women’s participation in the security and defense sectors does not exceed three per cent.

But women in Lebanon are ready for change. Recognizing that women and girls are differently impacted by conflict and the critical role they play in building and sustaining peace, in 2017 the Council of Ministers tasked the National Commission for Lebanese Women (NCLW) to develop Lebanon’s first National Action Plan (NAP) to implement the UN Security Council Resolution 1325 on women, peace and security. UN agencies including UN Women, which serves as General Secretariat, the Office of the High Commissioner for Human Rights, United Nations Population Fund, United Nations Development Programme, the Economic and Social Commission for Western Asia and the United Nations Interim Force in Lebanon provided technical support and guidance to the government.

Six consultations led by the NCLW were held between April and July, which brought together diverse national actors, including line ministries and civil society organizations, academic institutions and political parties, to discuss and agree on national priorities that would form the basis of the Plan.

“Lebanese women paid the price for wars and crisis since 1975. In my opinion, Resolution 1325 gives Lebanese women the right to be heard in all decisions affecting their lives,” said Ms. Outayba Merhebi, lawyer and women’s rights activist, during the consultation on legislative reforms to be prioritized in the NAP. 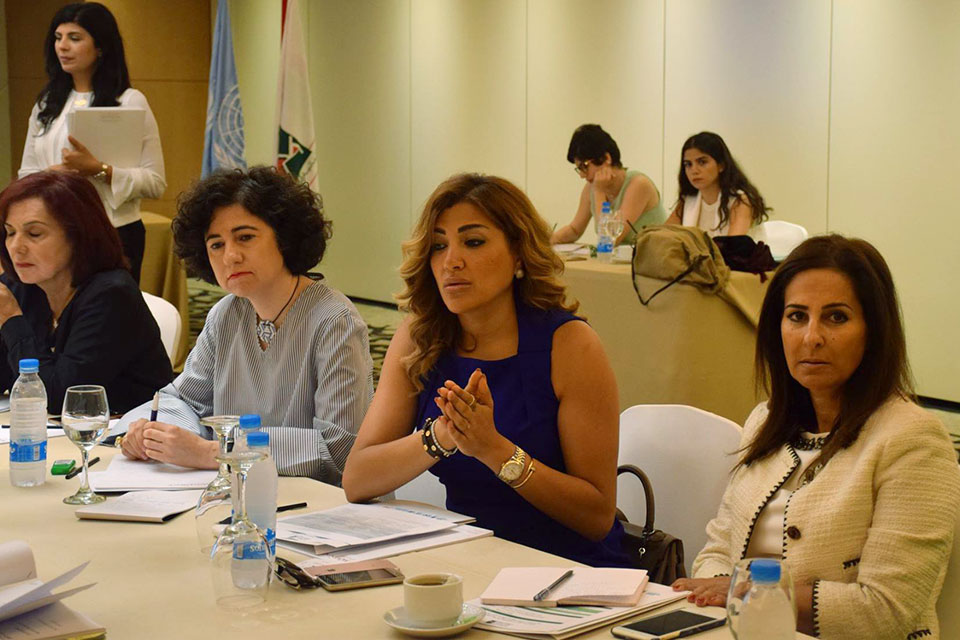 UN Women organized focus group discussions with Palestinian, Syrian and Iraqi families in Lebanon in addition to two discussions with faith-based from Christian and Muslim leaders as part of the consultative process to develop the NAP.

Despite the enormous pressures Syrian women have experienced back home and in Lebanon, Reema, a Syrian refugee, told UN Women, “The war has strengthened us. We are more outspoken and can move more freely.” While demonstrating their resilience, many of the families shared two main concerns—to feed and educate their children. Women’s concerns were amplified by their roles as primary caregivers in their household and highlighted the need for adequate social protection and sustained livelihood.

Women’s increased participation in political life was identified as one of the most critical areas in Lebanon’s NAP on UNSCR 1325. Despite the largest number of women candidates (113) to run in the Parliamentary elections in May 2018, only six women were elected.

Ms. Begona Lasagabaster, UN Women’s Special Representative to the Regional Director in Lebanon, noted during the June consultation on women’s participation in politics “We have four years starting now, right after the parliamentary elections, until 2022 to join forces and accompany you [participants] in the four main areas you have prioritized; to review legal frameworks, support elected women, increase networking between women candidates, and begin to change institutions at all levels. This can be done if we start today.” 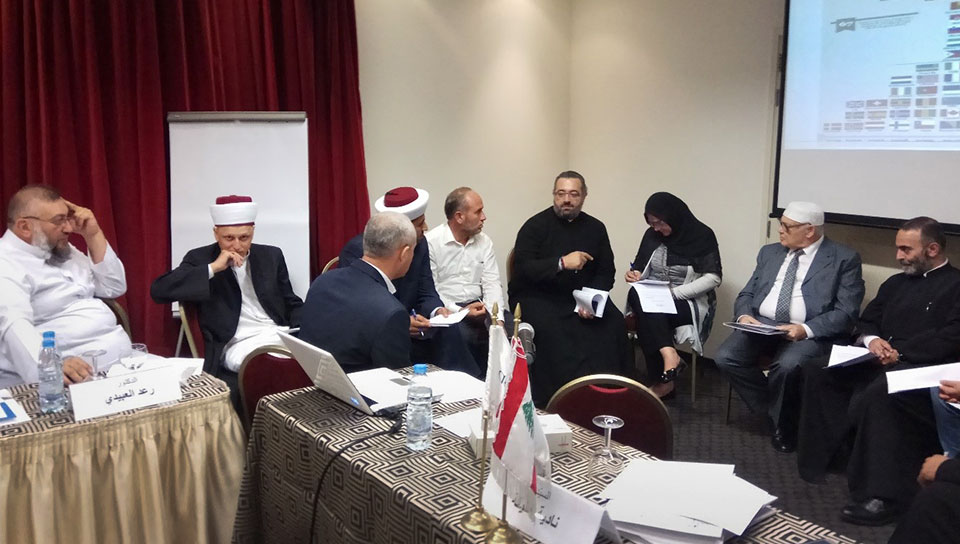 UN Women hold focus group discussions with religious leaders of all faiths in October 2017 in Beirut, Lebanon. Photo: Adyan Foundation
The NAP will ensure women’s increased participation and representation in local and national governance structures through, for instance, creating networks between women in municipalities and promoting community understanding of gender equality and women’s rights to political participation.

Ms. Brigitte Chelebian, Founder and Director of the organization Justice Without Frontiers, noted, “the Women, Peace and Security agenda is a powerful tool for moving from gender inequality to gender justice; from conflict, violence and impunity, to promoting sustainability and peace. [It moves us] from verbal commitments to taking actions.”

Lebanon’s four-year National Action Plan on UNSCR 1325 is expected to be endorsed by the Council of Ministers by the end of 2018. The NAP development process was funded through the generous contributions of the governments of Japan and Finland.

Related News
23/11/2015
Libyan women forge agenda for peace
25/04/2021
From where I stand: “I deserve to live, and work and do whatever is needed to make my daughter happy.”
10/03/2021
This is what leadership looks like: Meet Caroline Fattal, one the “most powerful Arab women in business” dedicated to supporting Lebanese women entrepreneurs
22/12/2020
Amidst multiple crises, a Syrian in Beirut uses new skills to make a living
28/04/2020
Using technology to assist vulnerable Syrian refugees during COVID-19 lockdown
END_OF_DOCUMENT_TOKEN_TO_BE_REPLACED