I am Generation Equality: Kiara Nirghin, scientist and advocate 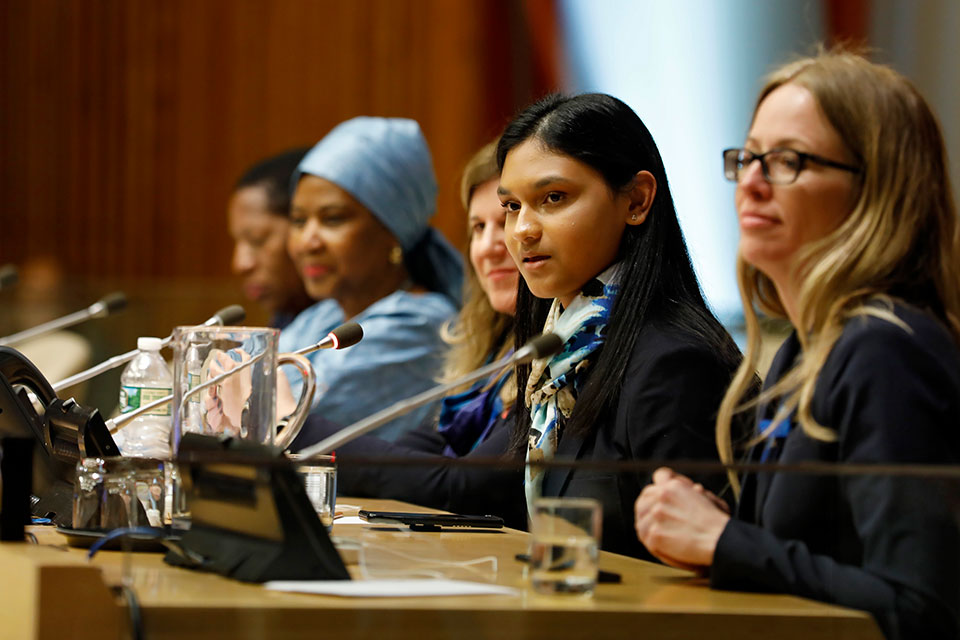 Three things you can do to become part of Generation Equality, according to Kiara Nirghin:

If you support making the playing field equal in all aspects of society for everyone, then you are a gender equality activist.

I realized that other young girls did not feel comfortable in pursuing science, even if they wanted to. Especially in South Africa, many young girls are shying away from these fields because [they don’t think they belong there].

I speak up about this issue because the idea of young girls not being able to pursue what interests them as their male counterparts can do, is absurd, yet extremely rife. Having more young girls in STEM will bring growth to innovation-related industries, and benefit many communities.

Inspiration and education to drive change

Today, the opportunities that girls interested in STEM are able to access have significantly improved. However, there is an important distinction that needs to be made between having girls participate in STEM and having them leading and innovating in these fields. We need to keep raising awareness on the underrepresentation of women in leadership in STEM fields.

“Not listening to young people, will only slow down development.”

We can encourage more women and girls to pursue STEM careers by showcasing more positive role models and other women’s success stories.

Role models are so important because they are proof to young girls and aspiring scientists that they too can achieve their dreams.

Listening to youth for a better future

There are close to 2 billion young people in the world today. To ignore such a large portion of our global population would be ignoring the ideas, opinions and suggestions from individuals who will soon be future policy makers.

Not listening to young people, will only slow down development.

Kiara Nirghin, 19, is a student, scientist, and advocate for women and girls in STEM. In 2016, she won the Google Science Fair for her work on a method to increase food security in drought-affected areas.