I am Generation Equality: Pip Gardner, LGBTQI+ leader and activist

Billions of people across the world stand on the right side of history every day. They speak up, take a stand, mobilize, and take big and small actions to advance the rights of women and minority genders. This is Generation Equality. 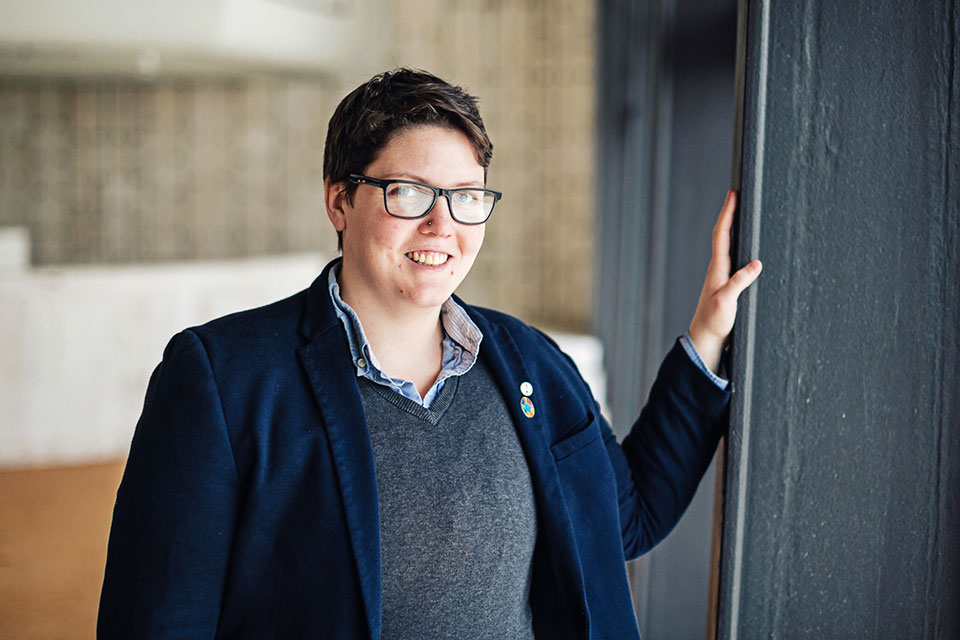 A world with equality is a better world for everyone.

Three things you can do to become a gender equality advocate, according to Pip Gardner:

I am a trans non-binary person, and as such often face discrimination in everyday life, but being white and having a more masculine gender expression gives me privileges and a greater degree of safety to speak out than some of my peers in the LGBTQI+ community. Therefore, I believe I have a role to try and make a difference for others.

Violence against LGBTQI+ people is based on harmful gender stereotypes. To end it we need urgent action from policy makers to decriminalize homosexuality, ban medically unnecessary procedures on intersex infants, and provide legal frameworks to recognize gender identity based on self-declaration.

And we also need to invest in lifelong education, both formal and non-formal, that helps us to develop empathy for each other and learn to value every individual regardless of gender.

One way is by using technology, a powerful tool for spreading information and education about LGBTQI+ issues. The growth of the internet, advancement in digital technologies, and increase in the speed of connection between countries allow us to build transnational movements and learn from those experiencing similar challenges across the world.

However, technology also has the power to perpetuate gender inequalities and infringements on LGBTQI+ rights.

In the UK, biased media stories have spread hateful sentiments, especially against trans people. We’ve seen hate crimes against LGBTQI+ people increase dramatically as a result. In many of these narratives, non-binary gender identities are framed as something new, a product of 21st century young people, and that’s dangerous.

“A world with equality is a better world for everyone”

Diverse gender identities and sexual orientations are not new in any way; we have rich histories in all cultures around the world. Framing us as new gives power to others to suggest it could be different—that there was a time when we didn’t exist. So education about the history of LGBTQI+ people is also critical—a need which initiatives like LGBT History Month, which takes place every February in UK, seeks to address.

Today’s young people have grown up in a world that is more internationally connected, more digital, and closer to environmental catastrophe than previous generations.

Young people, collectively, have a sense that we may be the first generation to have our lives shortened by the negative effects of climate change. That is where the urgency in our demands comes from.

We have different perspectives to bring, and this diversity needs to be incorporated into how we make decisions. Young people need a seat at the table and a vote in decision-making. Our perspectives need to be prioritized if we are to address the challenges that have been created by the current status quo.

Pip Gardner is a gender equality and human rights activist with a focus on sustainable development. They are currently the Communications Manager for Woodcraft Folk, a co-operative youth movement in the United Kingdom (UK), and the Chief Executive of The Kite Trust, a charity for LGBT+ young people. Pip is a member of UN Women’s Beijing+25 Youth Task Force and attended the 25th year Regional Review Meeting of the Beijing Platform for Action for the UN Economic Commission for Europe (UNECE) Region.

Related News
23/06/2020
Take five: “This year’s Pride is marked by a critical need to not just stand but act in solidarity in seeking racial justice and equality”
31/05/2016
Staying true to yourself: A tale of discrimination and love in Cambodia
01/10/2015
Joint UN statement on Ending violence and discrimination against lesbian, gay, bisexual, transgender and intersex people
09/12/2013
UN Women to co-sponsor Human Rights Day event against homophobia
30/06/2022
One year from the Generation Equality Forum: where are we now?
END_OF_DOCUMENT_TOKEN_TO_BE_REPLACED