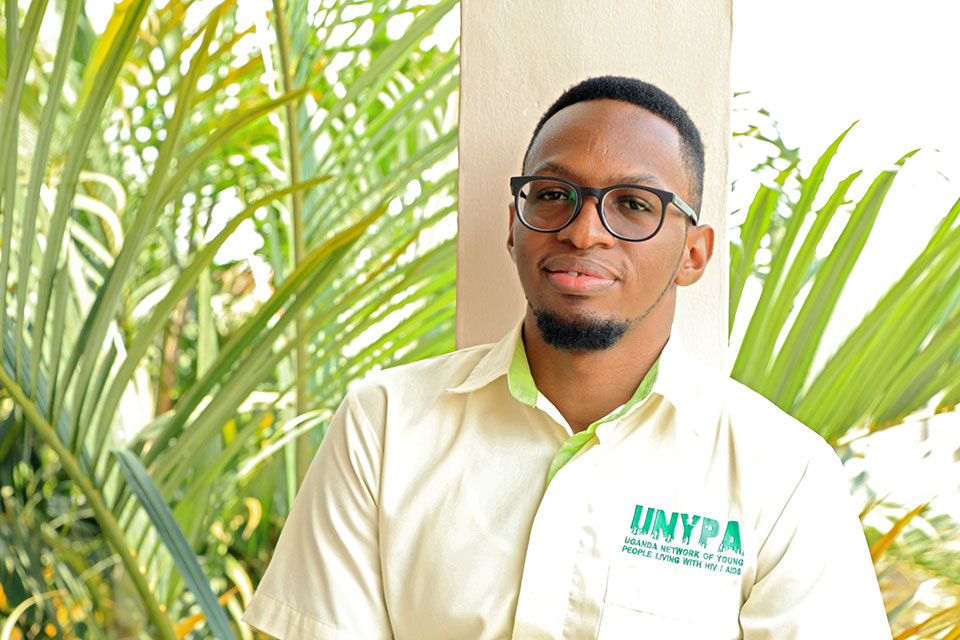 Three things you can do to fight stigma around HIV and be a part of Generation Equality, according to Nicholas Niwagaba:

I grew up in a community where HIV stigma was high, and I saw the effects firsthand. HIV information and services were not available, and I saw many of my friends and family members succumb to AIDS. Some of my peers living with HIV lost their jobs and friends, were ostracized by family members, or dropped out of school. In the most extreme cases, women living with HIV were forced out of their homes or coerced into sterilization.

These issues were not prioritized by key policy makers and leaders. The voices of young women living with HIV remained unheard in my community, and these injustices had a profound effect on me.

Campaigning to end stigma around HIV

When I joined the Uganda Network of Young People Living with and Affected by HIV (UNYPA) in 2014, I challenged my peers to think of innovative ways to breakdown HIV-related stigma. We started the “Y Plus Beauty Pageant,” a peer-led, nationwide campaign to empower young people living with HIV and bring attention to the harmful effects of HIV-related stigma and discrimination.

Harnessing the power of youth advocates

“Men can hold each other accountable and be role models.”

When the Beijing Declaration and Platform for Action was established 25 years ago, the world lit a torch that we must keep afire. My advice to young people is to speak up! Mobilize as many people as you can to speak up against all forms of violence against women and girls.

Men can be part of the solution by calling on fellow men to respect women and girls and advocate for their rights. Men can hold each other accountable and be role models. Denying women and girls the ability to reach their full potential is a missed opportunity for all.

Lastly, know your rights and responsibilities. Young people can leverage digital and information technologies as tools for empowerment and advocacy. Knowledge is power, and no one can silence you if you know what you are standing up against. When you know your rights, you are unstoppable.

Related News
18/02/2020
I am Generation Equality: Abel Koka, champion for youth and reproductive rights
21/06/2013
In Sub-Saharan Africa, AIDS widows strive to regain their rights after husbands are gone
20/05/2021
I am Generation Equality: Martha Clara Nakato, advocate for bodily autonomy and sexual and reproductive health rights in Uganda
06/04/2017
World Health Day 2017
23/06/2016
Bringing women’s needs into policy response on drug use
END_OF_DOCUMENT_TOKEN_TO_BE_REPLACED