As COVID-19 ravages the world, Mexico is among the countries hardest hit. Despite the myriad ways this global crisis is devastating women and girls, it has also served as a powerful reminder of the essential contributions of women. The women featured in this article represent just some of Mexico’s many pandemic heroines.

The nurse on the front lines 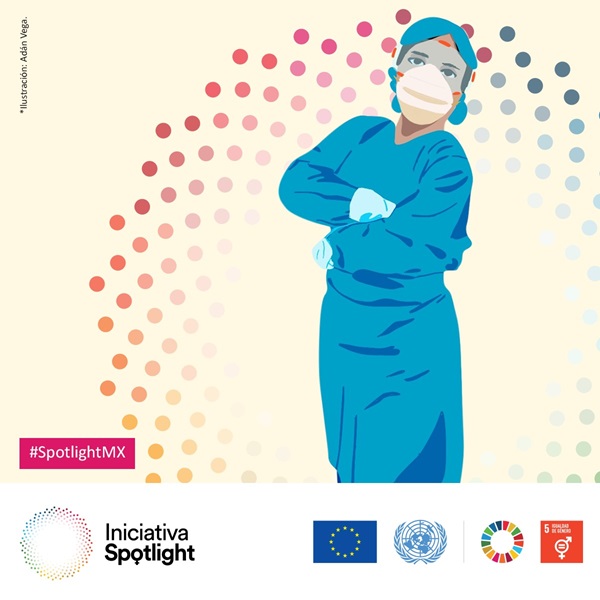 Brenda Abad, 25 is a nurse at a public hospital in the State of Mexico. On her first day on the job, she was assigned to a post to detect those infected by COVID-19.

“At the beginning I was very scared of catching the disease and being contagious, but you have to do your job and you’re trained for it,” she says.

With a salary of  MXN 6000 (USD 273) per month, she supports her 6-year-old son and elderly grandmother, whom she cannot hug for fear of infecting them. 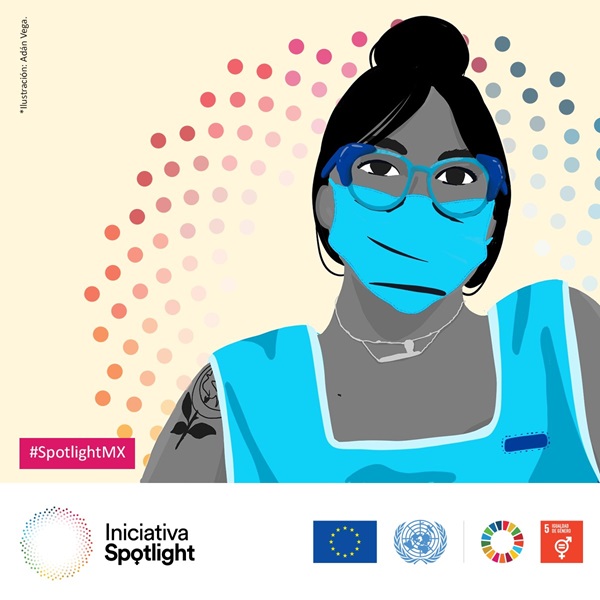 Despite being asthma-prone, Julia* has to go to work to help others in the midst of the pandemic. Her job is to make the tubes that connect to respirators. She works many extra hours: “you have to come in on Saturday, you have to come in on Sunday. This week almost everyone complained about unpaid overtime.”

In Mexico, 6 in 10 economically active women don’t have access to formal jobs.

“I like to believe that I’m doing something for other people’s lives, but I’m scared. My mom is asthmatic too ... if I get sick and I infect her ... I don't know if she’d make it. … Is it really worth exposing her [ to the risk] for a minimum wage?” Julia doesn’t rule out resigning.

* Julia is a pseudonym to protect her identity because she fears retaliation at work.

The police champion of Code Violet 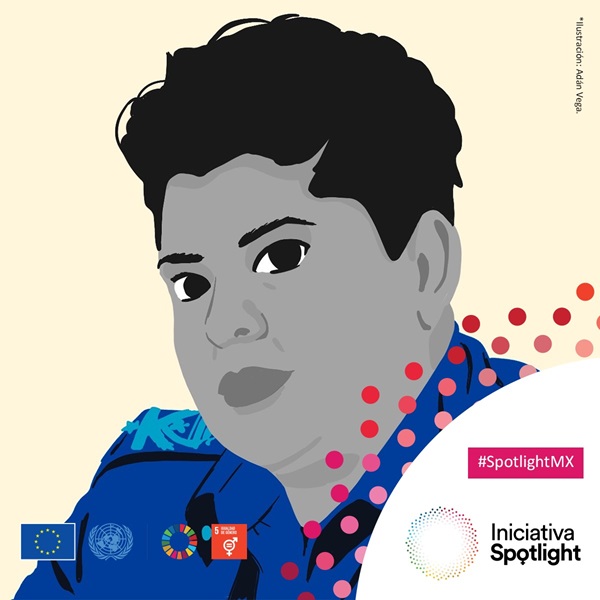 Violeta Castillo is one of the two highest-ranking female police officers in the Jalisco Public Security Secretariat. Her latest mission is Code Violet, a new protocol that alerts authorities to calls from women trapped at home with their aggressors. When dialing 911, they need only say “Code Violet” for a specialized team to be deployed immediately.

According to the National Shelter Network, helpline calls increased by 80 per cent during the first month of confinement in Mexico.

“We try to ensure that the majority of the first responders are women. This facilitates the flow of information, which is essential to do the investigation,” explains Castillo. Their experience shows that women trust and open up more to female officers. 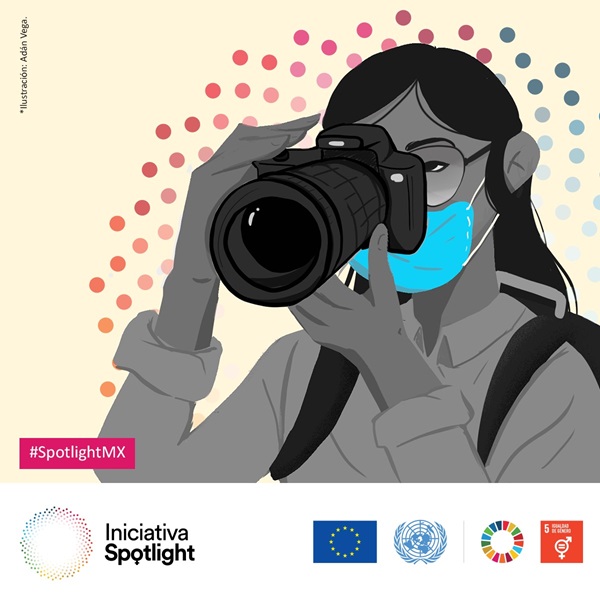 Jessica Natividad Torres Barrera is a photojournalist in Chilpancingo. Since March, before leaving home to photograph the pandemic, she reviews not only her own security protocols due to the context of violence in Guerrero, but she now also wears a mask, plastic gloves and a disinfecting liquid that she made herself.

She is the only woman among the newspaper El Sur’s four photojournalists. She  rests one day a week and works scattered hours.

Torres Barrera confesses feeling stressed about whether she’s taking the right precautions: “In the end, you shouldn’t become just another number. You need to tell the story, not be the story,” she says. 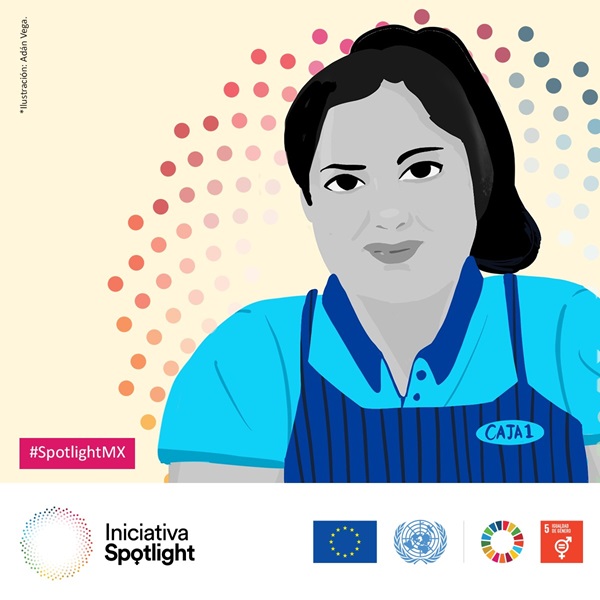 Linda* sleeps only once a week with her children. As a single mother who lives with her parents and works in a 24-hour supermarket in Ciudad Juárez, Chihuahua, she spends most nights in front of a cash register, from 10 pm until 6 am.

Before the pandemic, Julia’s routine involved arriving home to make breakfast. “[I used to] get the kids up, cleaned, uniformed and ready for school.” While they were at school, she slept just five hours, because after picking them up, she had to finish her double shift - household chores. Now she has a third shift, as an improvised teacher, since schools are closed.

In Mexico, women perform 39 hours a week of unpaid care work on average – three times as much as men (13 hours). Amid COVID-19 measures, this invisible burden is increasing.

* Linda is a pseudonym to protect her identity because she fears retaliation at work.

The voice at the other end of the line 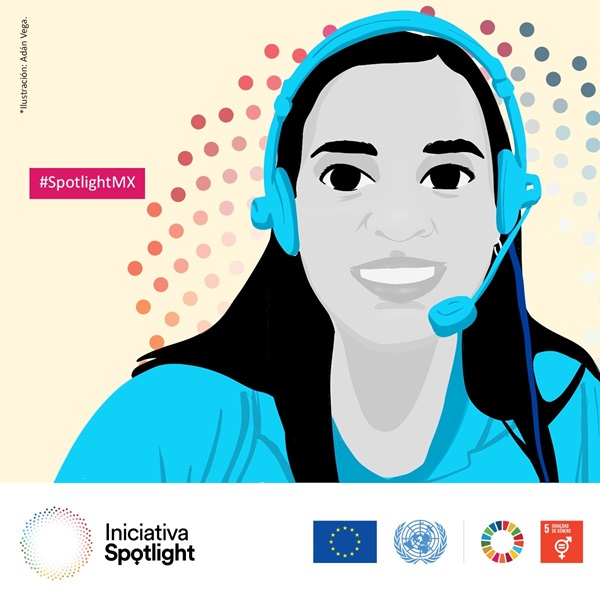 Diana Macías Santos’ voice is soft and calming – an important quality for answering calls to the Woman and Family Hotline of the Citizen Council for Security and Justice in Mexico City. As a professional psychologist, she has to assess risk levels and sometimes has to pretend she’s an acquaintance, when aggressors come on the line.

During the pandemic, she says calls have tripled because, “many women are with their aggressor all the time, without their support networks.”

“What I like most is being able to be a support and accompany them to make a complaint ... I get satisfaction when I see their faces and they say: ‘thank you, I already feel more secure’,” says Macías Santos, on the other side of the line.

To help prevent gender-based violence during COVID-19, the video #NoEstásSola (#You’reNotAlone) was launched through the Spotlight Initiative in Mexico. It aims to reassure at-risk women that there are institutions and organizations ready to provide services and keep them safe, and that the entities involved in the Spotlight Initiative are redoubling their efforts.

These stories were captured as part of UN Women Mexico’s efforts to preventing gender-based violence and changing social norms – two of the main goals of Mexico’s Spotlight Initiative, which is being implemented by UN Women, UNDP, UNFPA, UNODC, OHCHR and UNICEF, in coordination with the Government of Mexico, with generous funding from the European Union.

The Initiative has also developed a COVID-19 Response Planto face the new challenges that this health, social and economic crisis has created for the safety of women and girls.

Related News
14/12/2021
Recognize care as a human right, urge leaders of the Global Alliance for Care
27/01/2021
Women in Mexico sow seeds of hope through the ‘Second Chance’ programme
01/04/2020
From where I stand: “I am fearful for smaller countries that have limited resources during COVID-19”
07/09/2022
Press release: Achieving full gender equality is still centuries away, warns the United Nations in a new report
23/06/2022
Op-ed: End the disconnect
END_OF_DOCUMENT_TOKEN_TO_BE_REPLACED