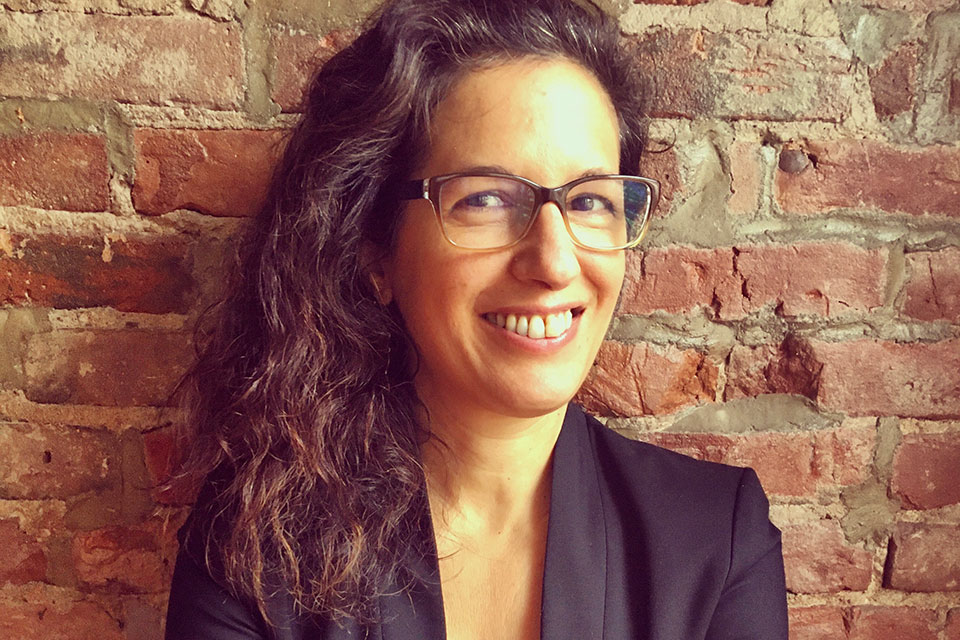 Constanza Tabbush is a Research Specialist at UN Women. She co-authored the latest edition of UN Women’s flagship report, Progress of the World’s Women, and has published extensively on gender, social movements and social policy. Constanza has a PhD in Sociology from the University of London, and prior to joining UN Women, worked as a Research Associate at the National Research Council in Argentina.

With over 90 million confirmed cases and 1.9 million deaths globally, and a second wave sweeping into 2021, the COVID-19 pandemic continues to hold the world hostage. Less visible and talked about is how its social and economic fallout  is hitting women hard – and often harder than men. The latest data shows that the pandemic is poised to push 47 million women and girls into extreme poverty, increasing the total number of women and girls living in extreme poverty to 435 million. The projections also show that this number will not revert to pre-pandemic levels until 2030.

To recover from this crisis, decisive government action is imperative to safeguard the rights and needs of women and girls.

As governments around the world scramble to protect jobs, pass fiscal stimulus packages and social protection measures, how can policymakers ensure that their COVID-19 responses work for women and girls, whose needs, priorities and voices are chronically absent from the data and analysis that shapes policies? Recently, UN Women and UNDP launched the COVID-19 Global Gender Response Tracker, a real-time database that includes more than 2,500 policy measures across 206 countries indicating how governments are responding to the pandemic from a gender equality perspective.

This rich repository of policy data – covering measures on violence against women, women’s economic security and unpaid care – is now providing evidence-based guidance to policymakers about gender-sensitive response measures that protect the lives, jobs and wellbeing of both women and men. Throughout 2021, UN Women and UNDP will deliver periodic updates of the Gender Tracker, as well as incorporate new data on women’s leadership in the COVID-19 response.

Here are five key lessons emerging from the Gender Tracker, with a focus on social protection and labour market policies:

1. Put women’s needs at the centre of the socioeconomic response

The Gender Tracker shows that countries around the world mounted extraordinary social protection and jobs responses to the pandemic in 2020. However, although women are facing higher job and income losses than men, only ten per cent of the 1,310 social protection and job measures taken so far explicitly aim to strengthen women’s economic security.

Cash transfers and food aid that directly target or prioritise women are among the most common measures. Yet this social assistance targeting women is often small-scale, temporary and offers minimal benefits to women in need. This is especially worrying because the economic uncertainty triggered by the pandemic is far from over and forecasts predict female poverty is likely to increase. In 2021, it is expected there will be 118 women in poverty for every 100 poor men globally.

Curbing the rise of poverty among women needs robust and interconnected social protection measures from the government that safeguards them from risks and vulnerabilities from childhood to old age.

Policymakers will need to sustain, scale up and replicate existing measures supporting women’s economic security in 2021. So far, most social protection programmes have not lasted through the duration of lockdowns or the longer-term economic downturn, often leaving beneficiaries high and dry after a few months.

Early in 2020, cash transfers and food assistance were key to women’s livelihood security. Most of the schemes were short-lived, lasting an average of 3.3 months. In Togo, for instance, the innovative three-month emergency coronavirus cash transfer programme (Novissi) targeting informal workers included larger benefits for women, but has now been discontinued.

Togo is not the exception, but the rule. Emerging evidence suggests that out of 429 cash programmes, only 32 were extended for an additional period.

3. Extend assistance to informal workers to prevent more women from falling into poverty

In many developing countries, women work mostly in the informal economy – in areas such as domestic work, market trading or agriculture – and are often vulnerable to poverty and fall through the cracks of existing welfare systems. Sustaining and scaling up the extension of social protection to informal workers in 2021 is vital in supporting women and their families economically.

Last year, countries including Brazil, Colombia, Kenya, Morocco, the Philippines and South Africa, launched new cash transfer programmes targeting informal workers, some of which provided extra benefits for women. The emergency cash transfer in Brazil stands out for doubling benefit levels for women heads of households, providing them with approximately USD 215 per month (versus USD 107 for other beneficiaries). Its positive impacts added political momentum to parliamentary and civil society initiatives for a basic income programme in the country. If improved, these temporary measures can thereby provide a stepping stone to more permanent solutions for women in the informal economy.

4. Improve access to paid leave and childcare services so that women can hold on to their jobs and return to work

Since the onset of the pandemic, women’s share of the unpaid work of cleaning, cooking and childcare has increased, contributing to an exodus of women from the labour force.

Alarmingly, only 60 out of 206 countries have taken steps to address unpaid care demands, by expanding paid family leaves or flexible work arrangements. Support for public childcare services – which are critical for women to hold on to their jobs – has been minimal.

Despite this, a handful of inspiring countries, including Costa Rica, Australia and Canada, declared childcare services essential. For instance, the Government of Canada recently announced major new investments in childcare services as part of its economic recovery plan.

It is not too late for policymakers to promote swift actions to counter the heavy toll the pandemic is having on women’s labour force participation. Failure to do so may leave women with permanent scars from the economic crisis catalysed by the pandemic.

The COVID-19 pandemic will not be the last shock our societies endure, and decision-makers are already looking for ways to buffer or prevent future blows. The time to invest in strengthening national social protection systems is now.

Countries that invested in their social protection systems before the pandemic were better prepared to quickly scale up or adapt cash transfers in response to the crisis, with positive ripple-effects for women. High-income countries in Europe, for instance, relied heavily on their well-developed social insurance systems. Meanwhile, middle-, and some low-income countries (like Argentina, Bolivia, Egypt and South Africa) were also among the 39 countries that quickly rolled out cash transfers with direct benefits to women. However, in the absence of comprehensive systems, other countries struggled to put in place an adequate response.

Every economic crisis further erodes the little resources the most vulnerable have, widening gender and social inequalities. Only by investing in universal social protection systems now, can we ensure that this or future crises do not deepen women’s disadvantage, and that that disadvantage does not pass on from one generation to the next.