I am Generation Equality: Kyzzhibek Batyrkanova, champion for women and girls in STEM, leader of Kyrgyzstan’s first Space Programme 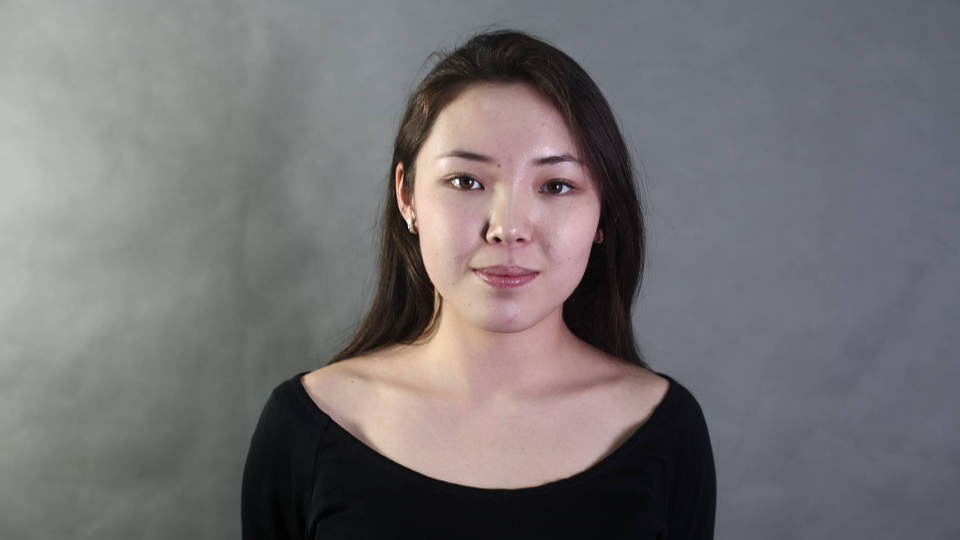 Kyzzhibek Batyrkanova is a champion for gender equality and the empowerment of women and girls in STEM. Photo: Samat Durusbekov.

Women face so many barriers, challenges, and stereotypes at home, work, and public life. When you are a woman in science, the challenges are multiplied. Women and girls are expected to behave, look, and express themselves in a certain way. Girls are not encouraged to study biochemistry or bioengineering, because these are not considered professions for women. Many families are reluctant to invest in girls' education as they believe they will not get a “return on their investment”.

An ecosystem of women and girls plays a crucial role in progressing women’s leadership in any field. Parents very often make decisions on behalf of their children, on what they will study and where they will work. Teachers are our guides in life. We need to work with teachers and raise awareness among them about gender sensitive education. We need gender-sensitive media to showcase strong women and girl role models in cartoons, films, and pop culture. An individual's success in any area does not depend on their gender. Girls can succeed in any profession.

We also need men allies. In patriarchal societies, men are very influential with their economic, political, and social power and resources. If we don’t have men’s support, we will achieve success to a certain degree, but very slowly. If we have men allies, we can achieve Generation Equality much faster.

Encourage girls and women to pursue their dreams

I lead a Kyrgyz Space Programme, a scientific but also socio-educational initiative which contributes to the development of science, education, and gender equality in Kyrgyzstan and Central Asian region. Together with a team of talented girls we are working on assembling the country’s first nanosatellite and also conduct courses on soldering, 3D-modeling, 3D-printing, and programming to promote STEM (Science, Technology, Engineering and Mathematics) education among young women and girls. We want to show by our own example that girls are capable of anything, even reaching for the stars.

We encounter many negative comments that this program would fail because girls and women are engaged in it. People do not even consider any other factors such as lack of funding and infrastructure. The first element [for failure] for them is the presence of women and girls in the team.

“Girls are capable of anything, even reaching for the stars.”

The Space Program was created in response to discrimination against women in our society. The program has an amazing mission to empower girls and women in science and raise awareness about gender inequality and harmful social norms, which require systemic change. Many of my colleagues joined the initiative because of its mission, which unites us all.

Empower and invest in rural girls and boys

In big cities, we have more opportunities in science and IT with better infrastructure, access to educational programs, internships, and job opportunities. Rural areas are deprived of such privilege. Many rural girls and boys don't have computers and phones to use for their education, which is crucial especially during the pandemic. We need STEM education among marginalized groups of women and girls, men and boys. We need women empowerment programs to break the glass ceiling and expand opportunities for women and girls in science.

Kyzzhibek Batyrkanova, 26, is the director of the Kyrgyz Space Program. She is also a TechWomen 2019 alumna, hosted by Mozilla HQ in San Francisco Bay Area, and founder of the TechCamp project, implemented in partnership with the UN Women Country Office in Kyrgyzstan.

Related News
21/09/2022
Speech: Shaping a more inclusive digital transformation with SDG 5 at the core
09/07/2021
I am Generation Equality: Mete Belovacıklı, advocate for gender equality in media
28/06/2021
Winners of the comic and cartoon competition, “Generation Equality: Picture It!”
23/12/2020
Roza Mojsovska: An artist in North Macedonia who paints with her mouth
05/10/2020
Press release: 25 years after a landmark global agreement, the numbers still don’t add up for women in Europe and Central Asia
END_OF_DOCUMENT_TOKEN_TO_BE_REPLACED