I am Generation Equality: Net Supatravanij, social entrepreneur and activist against gender-based violence 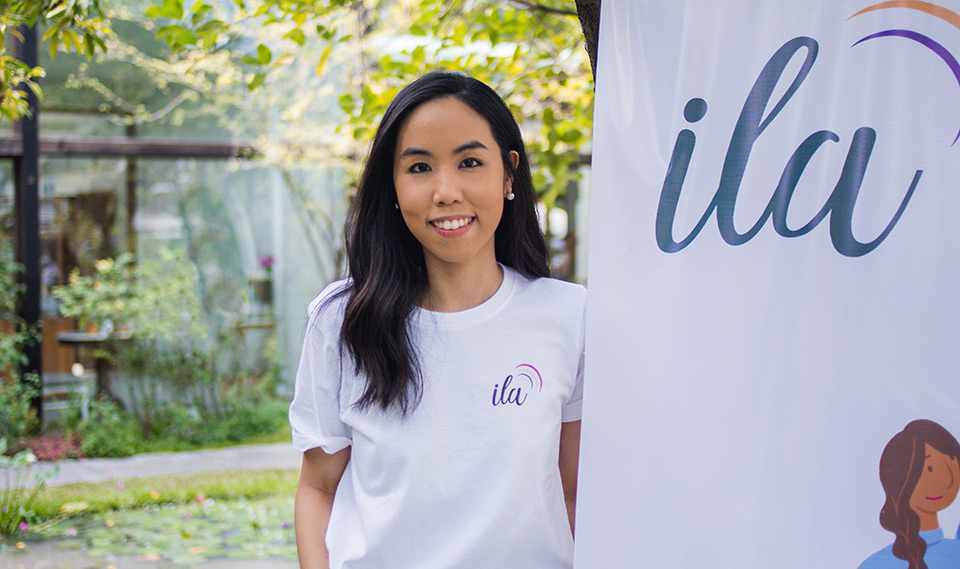 “I want to show people that you don’t need to be suffering to empathize with others.

Three actions you can take to stop violence against women:

My work with ila, at its core, is about empowering gender-based violence survivors and making gender equality a standard ­– not a privilege.

During COVID, women have been disproportionately disadvantaged, and in times of lockdown, up to 15 million women globally are affected by gender-based violence every three months. I wanted to create a support system where bystanders are trained to help domestic abuse victims and redirect them towards help by becoming allies; that’s how my team at ila came up with our application, ALLY.

Reflecting our global team, ila is based in London and has worked on projects in Bangkok, Mumbai and Nairobi. Pre-COVID, we worked on a skills-training initiative for gender-based violence survivors (of sex trafficking, domestic abuse, rape) in Mumbai by connecting them to an employee engagement program with companies like Unilever and WeWork. Now, pivoting and honing in on domestic abuse specifically, we want to provide more safe spaces for victims.

Being ready to intervene

Our human-centred research approach at ila discovered that access to emergency helplines wasn’t the real barrier preventing women and men in abusive relationships from seeking help. It was the lack of support and escape routes.

When a victim is trapped at home, the few places they can go to are essential stores. As such, ALLY was created to upskill retail staff to recognize signs of abuse victims. Currently, there are 327 gender-based violence applications, but 47 per cent just have a short-term emergency button and none are focused on bystander training.

People should recognize that gender equality is not just a women’s issue.

“Gender equality is not just a women’s issue.”

Male allyship is crucial to ending gender inequalities. Upskill yourself in allyship – 87 per cent of trained bystanders are more likely to help and intervene in a domestic abuse incident.

People also need to recognize that gender equality is not just a public sector issue. The private sector has just as big of a role to play. Young gender equality change-makers from inside companies have the potential to be the biggest asset for corporations and create impact from the bottom-up.

Corporations [should] invest in gender equality projects – gender equality, the United Nations Sustainable Development Goal 5, is one of the sustainable development goals businesses least invest in. This includes putting money behind pledges and equity, diversity and inclusion programmes. You never know how many employees, how many of your co-workers or bosses, are suffering in what UN Women now dubs ‘the shadow pandemic’ [domestic violence during COVID lockdowns]”.

Net Supatravani is the Thai co-founder of ila, a social enterprise start-up that uses human-centred design to help businesses foster inclusion, and creator of anti-domestic abuse app, ALLY. She is also a participant of the Generation Equality Asia Pacific Design Challenge, convened by UN Women and World Design Organization.

Related News
01/08/2021
Joint statement by UNFPA and UN Women: Impacts of the compounded political and health crisis on women and girls in Myanmar
10/03/2021
This is what leadership looks like: Nan Zar Ni Myint empowers migrant domestic workers in Thailand amidst the pandemic
12/01/2021
In the words of Riko Nagu: “In order to build an inclusive society and a resilient community both women and men should work together.”
16/11/2020
What happened after COVID-19 hit: Thailand
15/10/2020
Press release: Thai celebrity Cindy Sirinya Bishop campaigning for women’s rights as new UN Women Regional Goodwill Ambassador for Asia and the Pacific
END_OF_DOCUMENT_TOKEN_TO_BE_REPLACED