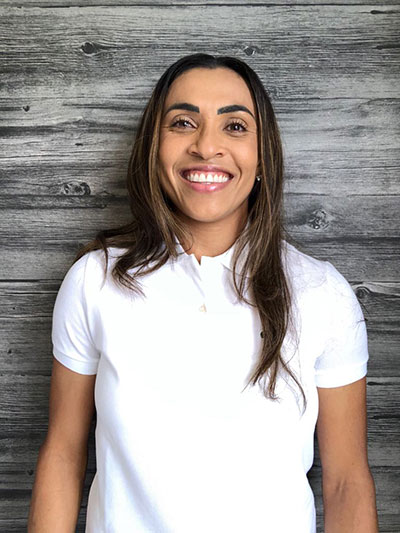 UN Women announced the appointment of world-renowned Brazilian soccer player Marta Vieira da Silva as UN Women Goodwill Ambassador for women and girls in sport in July 2018. Ms. Vieira da Silva will dedicate her efforts to support UN Women’s work for gender equality and women’s empowerment across the world, inspiring women and girls to challenge stereotypes, overcome barriers and follow their dreams and ambitions, including in the area of sport.

An icon and role model for many, Marta is widely regarded as the best female soccer player of all time. She currently plays for the Orlando Pride in the National Women's Soccer League in the United States and as a forward on the Brazil national team. She is the all-time top scorer of the FIFA Women’s World Cup tournament and was named Player of the Year five consecutive times.

“It is an honour to become a UN Women Goodwill Ambassador for women and girls in sport. I am fully committed to work with UN Women to ensure that women and girls around the world have the same opportunities that men and boys have to fulfill their potential and I know, from my life experience, that sport is a fantastic tool for empowerment,” said Ms. Viera da Silva. “Through sport, women and girls can challenge socio-cultural norms and gender stereotypes and increase their self-esteem, develop life skills and leadership; they can improve their health and ownership and understanding of their bodies; become aware of what is violence and how to prevent it, and look for available services and develop economic skills.”

Ms. Viera da Silva was born in Brazil in 1986, and is a citizen of both Brazil and Sweden. Widely regarded as the best female soccer player of all time, she currently plays for the Orlando Pride in the National Women's Soccer League in the United States and as a forward on the Brazil national team.

A prolific goal scorer and gifted player famed for her dribbling ability, Ms. Viera da Silva finished the 2007 FIFA Women's World Cup as the winner of both the Golden Ball and the Golden Boot for scoring seven goals. Scoring 15 goals at the 2015 World Cup, she became the all-time top scorer of the tournament. She was named FIFA World Player of the Year six times, consecutively from 2006-2010 and in 2018, and was a member of the Brazilian national teams that won the silver medal at the 2004 and 2008 Summer Olympics. She was named as one of six ambassadors for the 2014 men's World Cup held in Brazil.

Growing up in a poor family from the scrublands of Brazil's north east in Dois Riachos, Alagoas, Ms. Viera da Silva played street soccer without shoes and was often shunned by the boys she could outplay.

She has previously served as a Goodwill Ambassador from 2010 to 2018 for the United Nations Development Programme, during which she promoted international efforts to achieve the Millennium Development Goals (MDGs) with a special focus on women’s empowerment.

Through Generation Equality, young activists hold the world accountable
Speech: Let’s put an end to ‘Where are the women’?
'Women in Conflicts': Brussels declaration on actions towards empowering women
Press release: UN Commission on the Status of Women reaffirms women's and girls’ leadership as key to address climate change, environmental and disaster risk reduction for all
Speech: Agreement on action for a just, safe and sustainable planet
END_OF_DOCUMENT_TOKEN_TO_BE_REPLACED