Photo essay: Equality is our goal, access is our right

A bus to get to work. A clinic for health care. A monthly pension for old age. Some people can take these for granted. But many others suffer from the lack of infrastructure, public services and social protection that affect their rights and well-being. Women and girls are often foremost among those who miss out.

Progress and real development will only be possible if all people have equal rights and opportunities to thrive. Meeting that goal requires recognizing that women and girls face particular barriers and have different needs. And then taking deliberate steps so that no woman or girl is left behind, regardless of where she lives or how much she earns, or where she comes from. 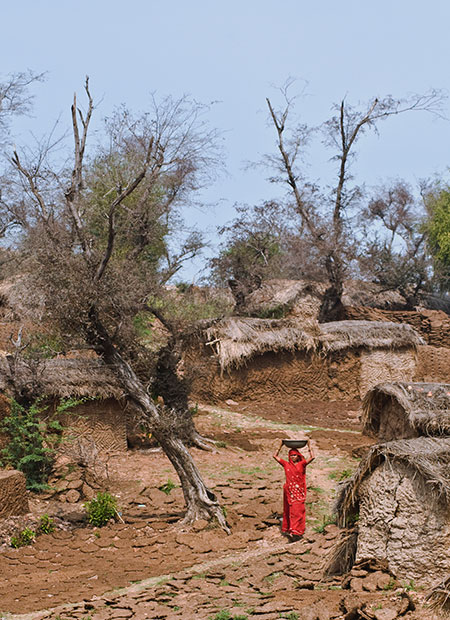 A woman in rural India travels along a footpath, carrying sweets on her head to sell in a local market. Photo: UNDP/Amitava Chandra

Infrastructure can provide a way out of poverty and increase the chance of a better future. When there is a lack of infrastructure, communities around the world depend on women to close the gaps with their time-consuming, back-breaking labour. 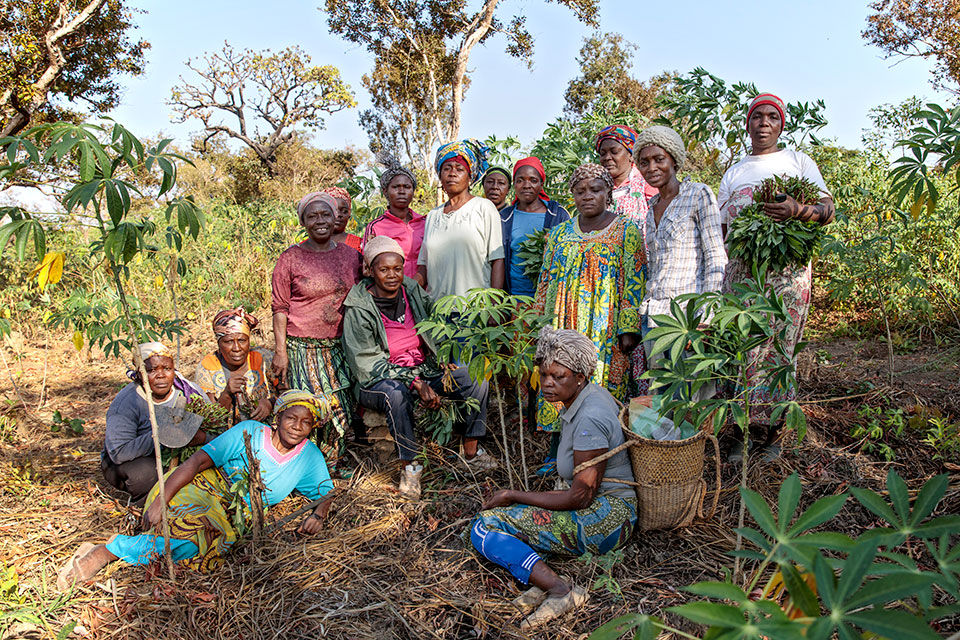 The members of the SOCCOMAD cooperative in Yoko, Cameroon. Photo: UN Women/Ryan Brown

“I leave home by 7 a.m. to come here by bike. I work until 1 p.m. If there’s no bike to take me back, I walk back home. It can take 2 – 3 hours and I am usually very tired by then. Because of the distance, I cannot carry anything if I am walking back,” says Mohn Malambi, a member of SOCCOMAD, a newly formed women’s cooperative in Yoko, central Cameroon.

Women in this community have grown food for generations but didn’t have land right or access to markets to sell the food they grew. Three years ago, the Government of Cameroon started to build a 250 Km (155 mile) road that would connect rural communities like Yoko with the capital. The women farmers of Yoko seized their moment to start a cooperative, knowing that the road project would bring more people to the area and create access to larger markets for their produce.

“The cassava crop cannot be left in the ground too long, because it rots,” says 52-year-old Tukuri Marie Chantal. It’s a simple equation—with land ownership and better roads, it takes less time and costs less to transport produce, and that means more income for women farmers. 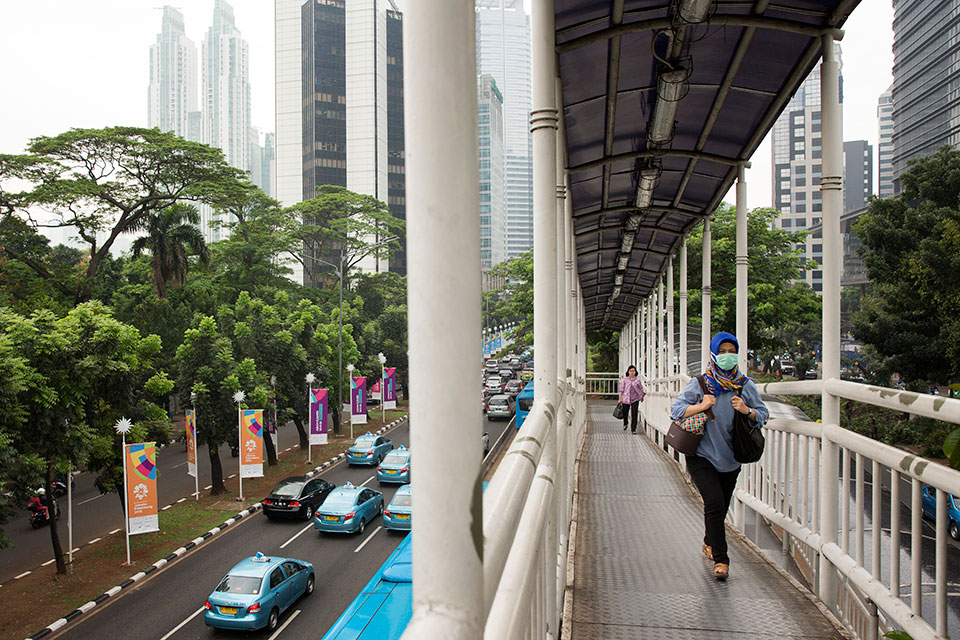 The city of Jakarta, Indonesia, gleams with new buildings and other amenities. Yet safety in public spaces is a concern for women there. Fears about harassment and assault may keep women from using urban transport and other infrastructure even if they have ready access to it. Measures such as bright lighting and visible passageways help alleviate their concerns. With UN Women’s support, the Safe Jakarta project is aimed at pinpointing and closing safety gaps. 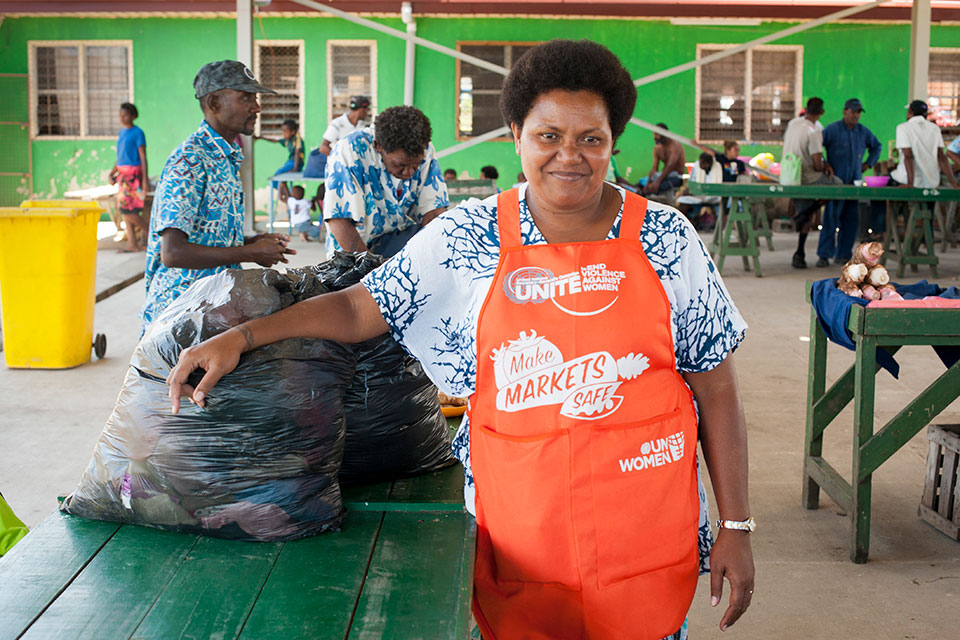 In disaster-prone Fiji, recovery efforts after Tropical Cyclone Winston had to involve women, especially the women vendors of Rakiraki Market. “For most of us women market vendors, we focus only on coming to the market to make money. But what if there is a cyclone or flooding that makes it impossible for us to be in the market?” says Varanisese Maisamoa, President of the Rakiraki Market Vendors Association.

“I’m looking forward to a market that is safer, better ventilated, with facilities such as changing areas for babies, improved toilets and a female market attendant. Our vendors also know what to do before, during and after a disaster,” Maisamoa added. Read more ► 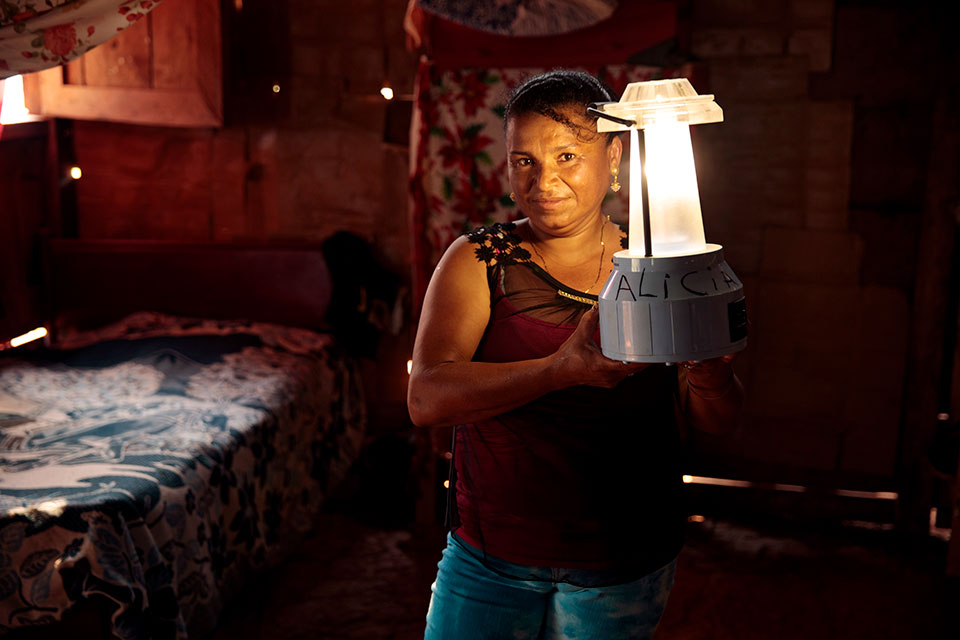 Communities without electrical grids are increasingly turning to solar devices to jumpstart access to modern energy. Martha Benavente learned to make simple, low-cost solar lamps through a programme supported by UN Women and the governments of Norway and Sweden in a small community in Guatemala. Selling the lamps provides a source of income. Using them in her own home has ended the days when she would race to finish chores before dark because it was too costly to burn candles. Read Martha’s full story ► 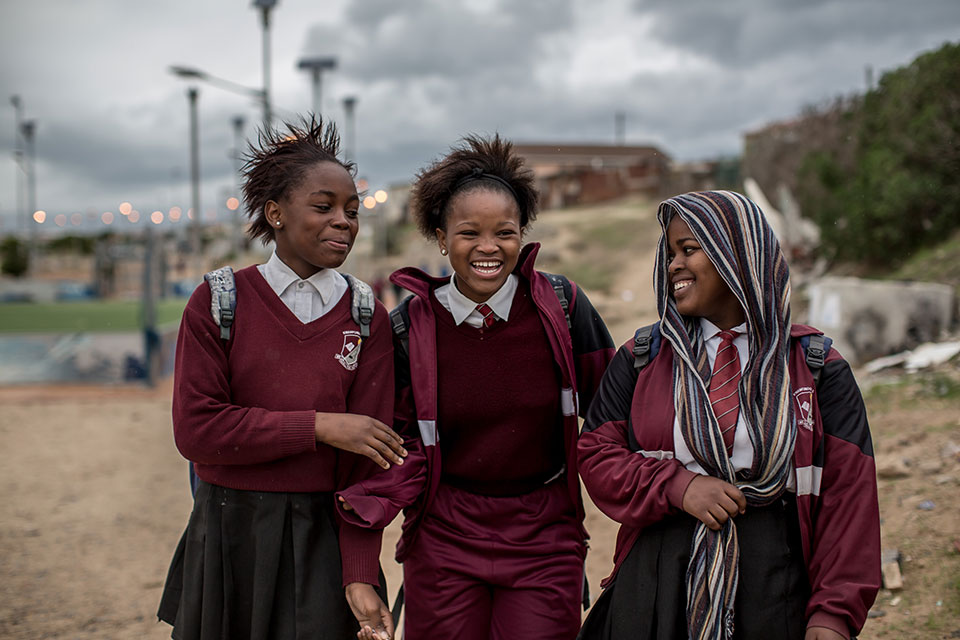 Education is a human right and an essential public service with lifelong consequences. Yet many girls still struggle to get an education. In Khayelitsha, the largest informal township in Cape Town, South Africa, girls at the Yomelela Primary School contend with severe poverty and acute risks of violence. With the backing of the UN Trust Fund to End Violence against Women, sports and peer counselling are among the methods that help them cope, feel safe and stay in school. 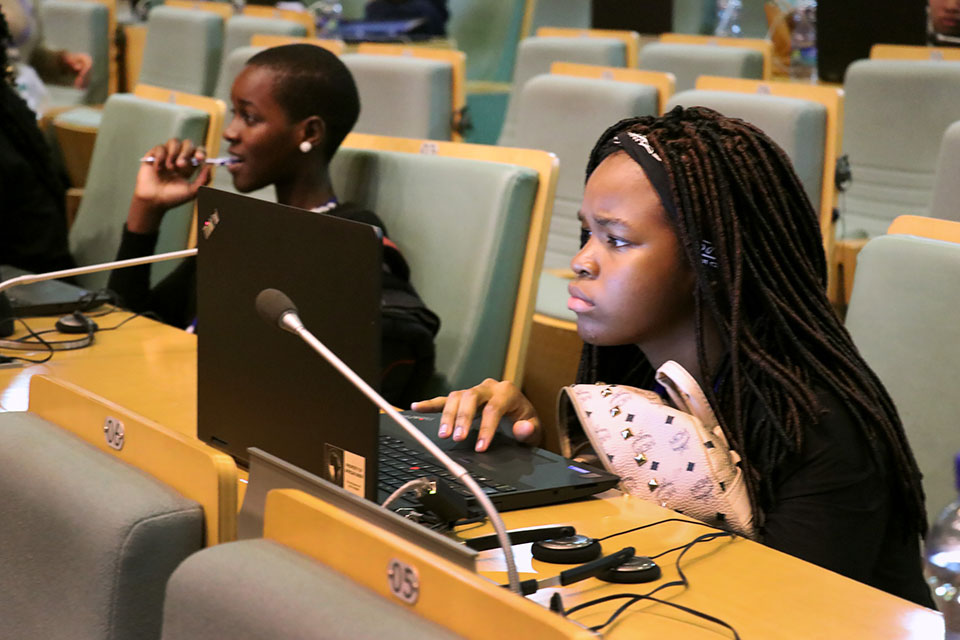 As the fourth industrial revolution unfolds, the future of jobs will be defined by innovation. While more girls are attending school than before, girls are significantly under-represented in STEM subjects in many settings. The first Coding Camp in Addis Ababa, Ethiopia, brought together girls from 34 countries in the African continent to nurture their potential as innovators and technology creators.

What happens when girls get equal access to technology? They build.

“We are trying to build a drone that is controlled by SMS messaging that will be able to dispense medicine in rural areas,” shared 15-year-old participant Eno Ekanem. Read more ► 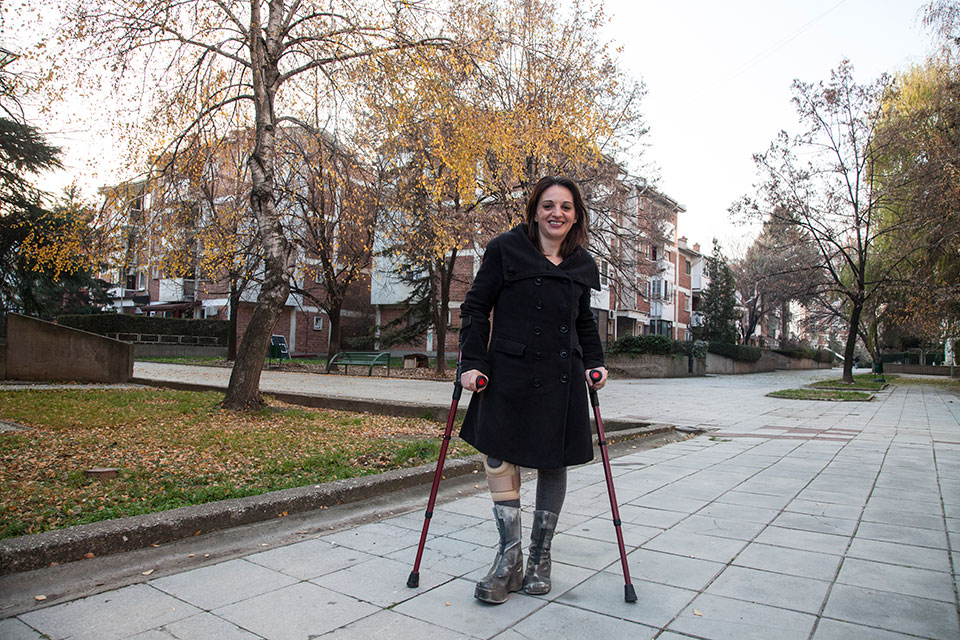 In the Republic of North Macedonia, many girls and boys with disabilities are still segregated in separate schools; a very low percentage reach university. Activist Elena Kochovska is fighting for their greater inclusion in education and employment. Read her full story ► 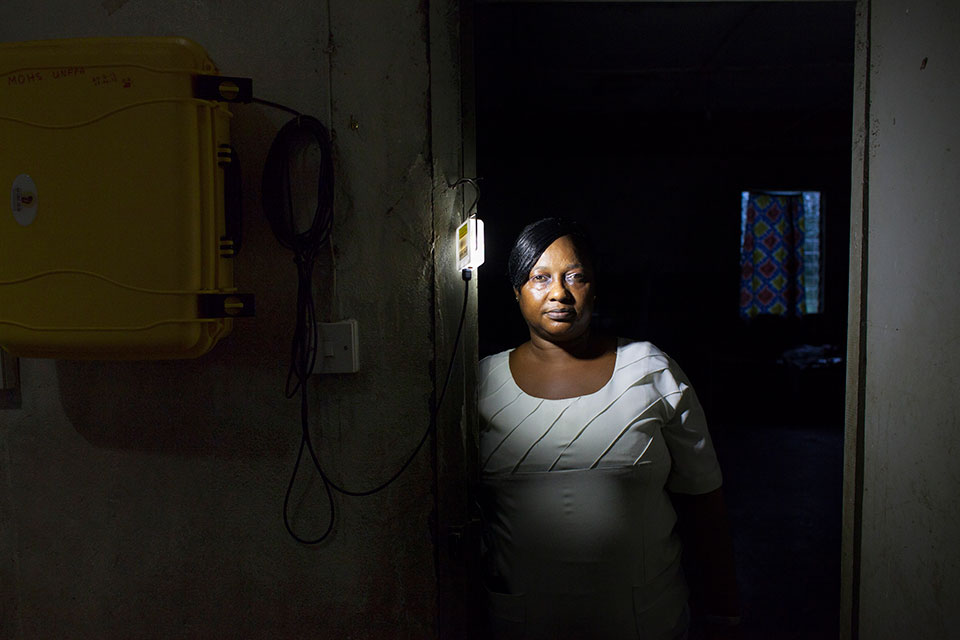 Health-care services should reach all women and provide all the services they need. Yet, too many women still die giving birth, especially in poorer countries where services may be limited and poor in quality. With 1,072 maternal deaths for every 100,000 births, Liberia has one of the highest maternal mortality rates in the world. In the remote areas, infrastructure and facilities in clinics are often lacking; midwives and health-care workers have to deliver babies without any electricity at night.

“It’s really challenging to assist with a delivery using my phone’s light, because I can’t see clearly. I have to hold the phone in my mouth while working. Doing [medical] procedures at night is almost impossible,” explains midwife Lorina Karway. 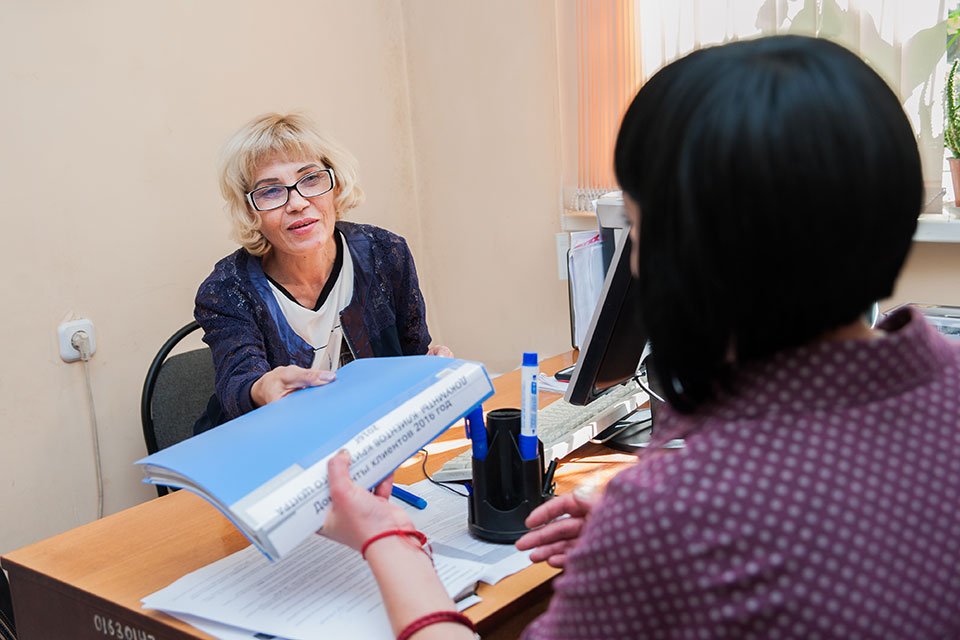 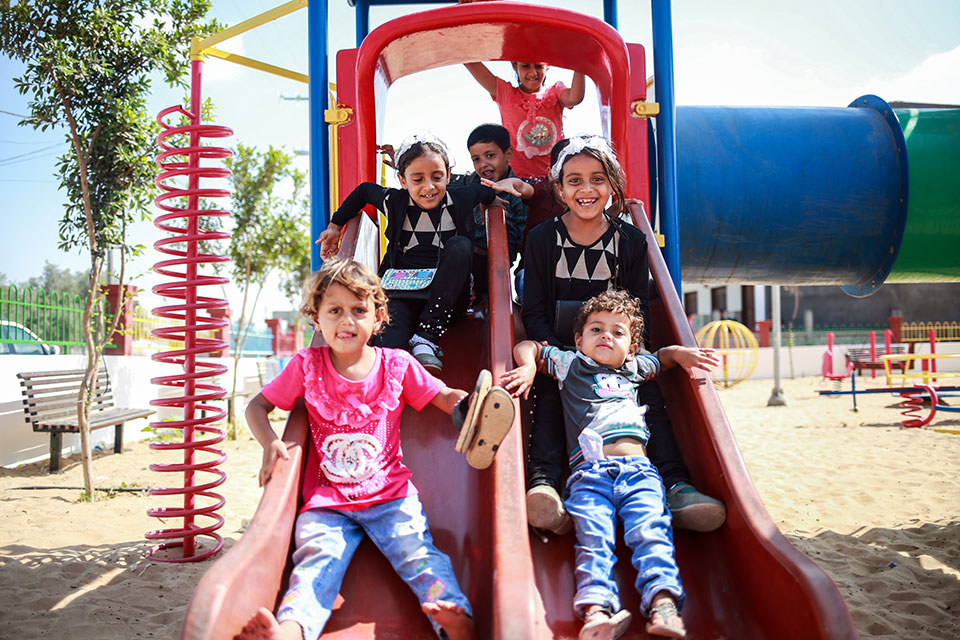 Green, open spaces where everyone can convene, relax and take a break may be taken for granted in some parts of the world. For women and girls in Al-Shoka, a conflict affected neighbourhood in Gaza, Palestine, this was a distant dream, until now. In 2018, the only public garden in Al-Shoka, which was destroyed by the conflict, opened to the public. What’s more, it was re-designed by three female architects and a group of young people from the community to be a truly inclusive space. Read about the female architects who redesigned the garden ► 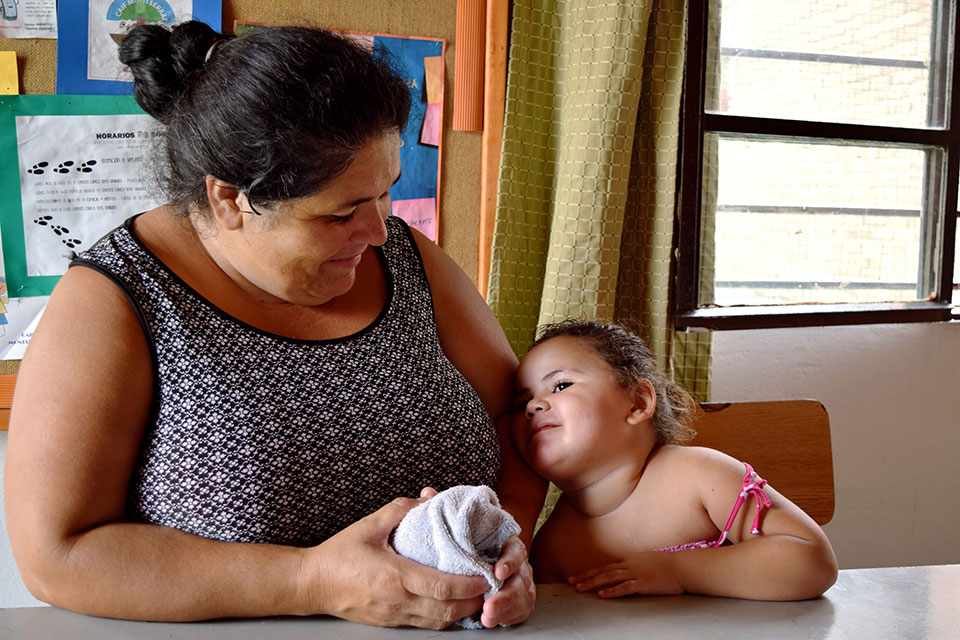 Limited access to childcare remains a major barrier for women seeking paid jobs, underscoring the importance of providing quality public childcare. Time-use surveys in Uruguay revealed that women spent two-third of their week doing unpaid work, and only one-third on paid work. For men, the reverse applied. The data made Uruguay rethink “care” as an issue that impacts the society and ultimately, led to the adoption of a new law in 2015. Under the Care Act (No. 19,353), all children, persons with disabilities and elderly persons, have the right to get care. The State not only provides care services now, but also guarantees their quality by providing training and regulations.

Soledad Rotella is one of the many mothers benefiting from the new law. Since quality and free day care is available for her 2-year-old daughter, Kiara Rotella can get a full-time job without risking the wellbeing of her daughter. Read the full story ► 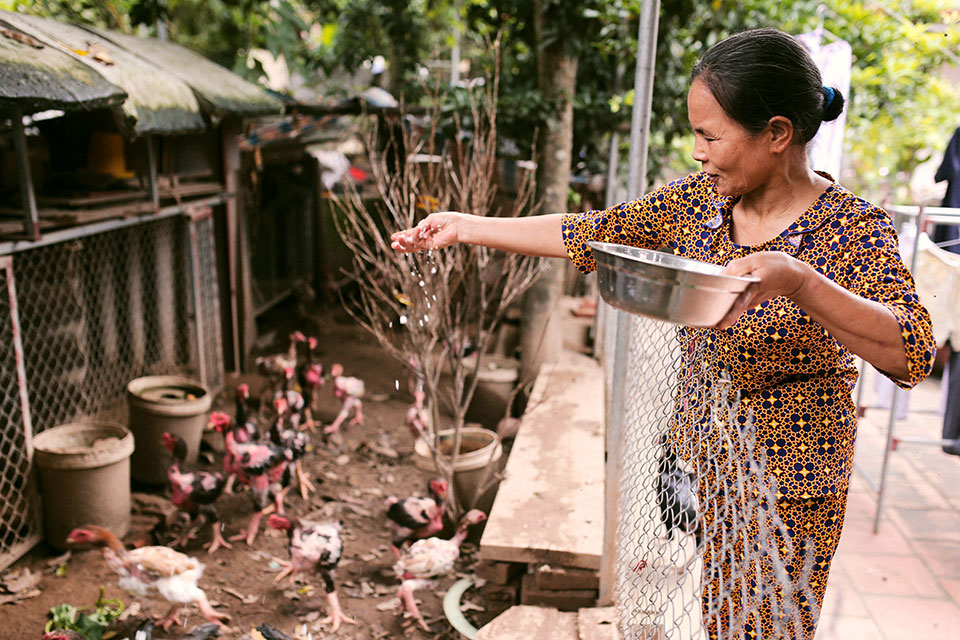 Longer, healthier lives are now the norm in many countries, an indisputable sign of progress. By 2030, over 16 per cent of people will be over age 60, compared to just over 8 percent in 1970. Pension systems are expanding to support people in old age. Yet women are less likely to be covered and generally receive less than men, even as they live longer on average. In Viet Nam, Phung Thi Vinh spent a lifetime as a primary school teacher but only began contributing to social insurance late in her career. A government programme helped her catch up. “My pensions payments are small,” she says. “But they help keep body and soul together.”

This photo essay has been adapted from a UN Women photo exhibition at the UN Headquarters in New York, running from 7 March - 27 March