The Official Commemoration of the International Day for the Elimination of Violence against Women was a virtual multi-stakeholder event with the participation of high-level representatives of Member States, United Nations agencies, Goodwill Ambassadors, and civil society organizations. In the current context of COVID-19 and in line with the SG Political Engagement Strategy on Gender-Based Violence, the event:

A compelling video told the stories of women on the front lines of the fight against gender-based violence. 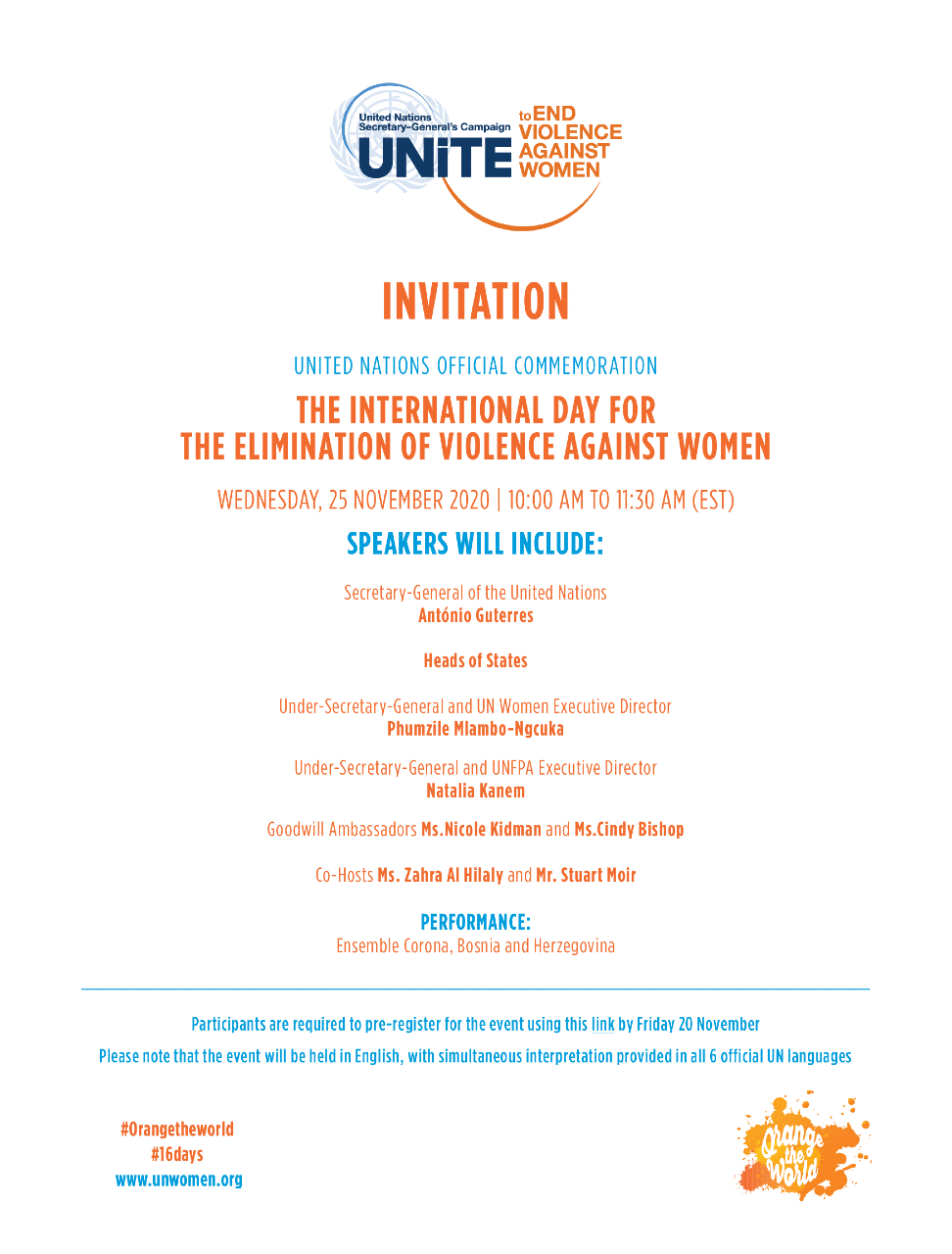 Through Generation Equality, young activists hold the world accountable
Speech: Let’s put an end to ‘Where are the women’?
'Women in Conflicts': Brussels declaration on actions towards empowering women
Press release: UN Commission on the Status of Women reaffirms women's and girls’ leadership as key to address climate change, environmental and disaster risk reduction for all
Speech: Agreement on action for a just, safe and sustainable planet
END_OF_DOCUMENT_TOKEN_TO_BE_REPLACED