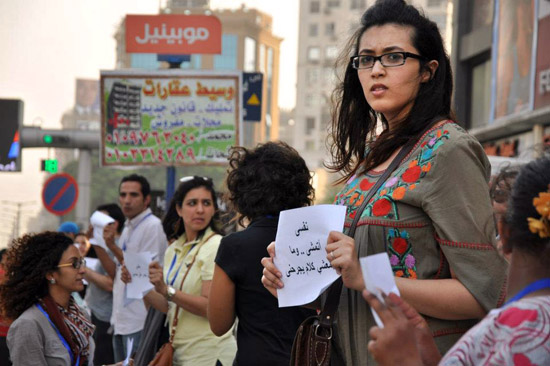 “I wish I could walk around without being hurt by inappropriate words.
On a Wednesday in May 2012, inspired by snowballing social media discussions on sexual harassment in Egypt, a group of independent activists took the conversation to an offline public. They aimed to build support in Cairo and beyond, using the most simple of approaches: the country's first ‘human chain' against sexual harassment. 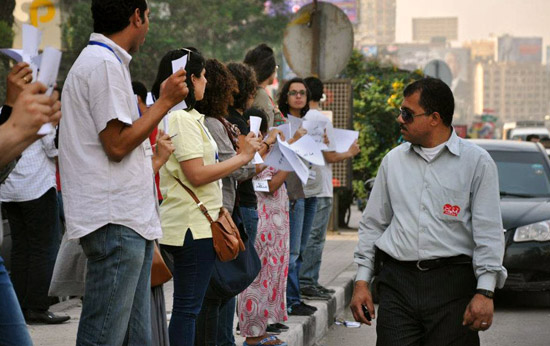 In line with the global UN project, “Safe Cities, which works to make cities and communities safer for women and girls, UN Women were there to document and support the statement. Safe Cities works in five urban hubs around the world, including Cairo, to increase the safe access of women and girls to public spaces. 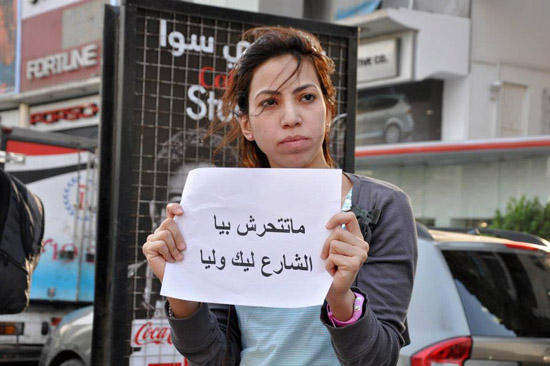 “Don't harass me. The street is yours and mine.
The group called the campaign “Nefsi meaning “I wish. Distributing messages on simple paper sheets to approximately 80 participants, the activists also mobilized through a Facebook group. Women and men of all ages and backgrounds lined the sidewalks of Gam'et El Dewal Street in Mohandessin, a Cairo thoroughfare. They held their messages, ready to engage passersby. 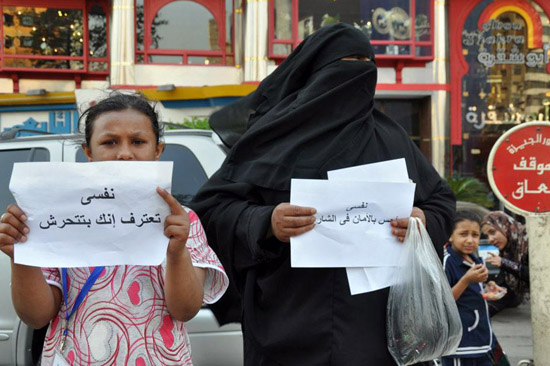 “I wish you'd admit that you harass, “I wish I could feel safe in the streets.
The messages were impassioned and compelling. They drew attention to the vulnerability that many women face in public, and the harm done by gender stereotypes. They sparked conversations among those shopping, working and commuting, on the sidewalk and in traffic. 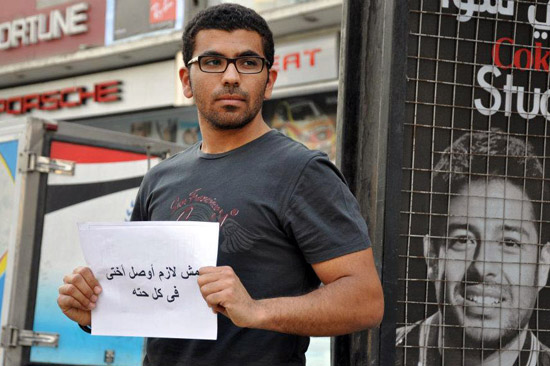 “I shouldn't have to escort my sister everywhere.
The male campaigners also captured the attention of the media. Popular TV personality Amr Adib spent 3 minutes of his daytime television show, Al Qahera Al Youm, reading the messages and broadcasting photos from the day. It also sparked coverage and discussion in newspapers, online portals and blogs. 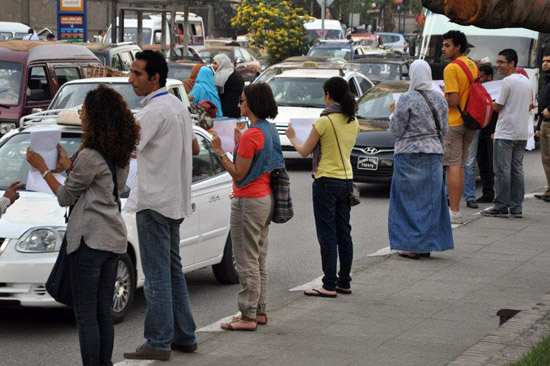 On the Arabic UN Women Facebook page, the photos went viral. The number of fans jumped by 4,000 people; the photo album was viewed by 50,000 Facebook users, and through comments, shares and clicks, engaged at least 45,000. 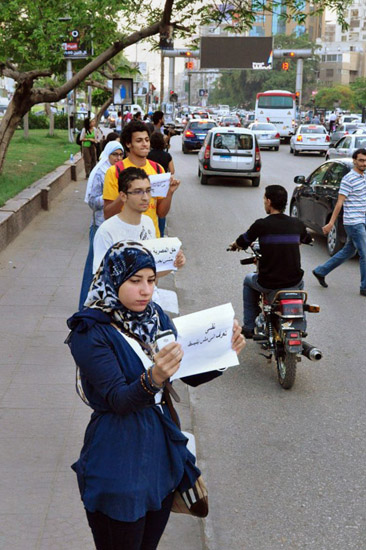 “I wish you'd understand that I don't like it when you harass me.
Excited by the instant impact of this 80-person initiative, its organizers are already planning other offline street movements, using social media as a multiplier and mobilization tool. They hope to further broaden discussion on a topic that has for too long been considered a taboo, and for too long kept Egypt's women vulnerable.

Related News
08/02/2018
“I learned to respect women”—Tuk Tuk drivers join efforts to make the streets of Cairo safe for women
19/11/2013
From bike rides to pink ribbons, Egyptian anti-violence campaigns create ripples across the country
27/02/2013
From play-acting to real-life action: a journey to end harassment on public transit in Egypt
16/11/2020
Hand over the mic to: Aida Nour ElDin, Egypt
11/08/2014
Games and children, a new direction to ending sexual violence
END_OF_DOCUMENT_TOKEN_TO_BE_REPLACED