One Woman song to be released on International Womens Day

New York, 22 February – On International Women’s Day, 8 March 2013 UN Women will launch “One Woman: A song for UN Women”, a musical celebration of women worldwide, featuring more than 20 artists from across the globe. As of today, behind-the-scenes videos chronicling the song’s year-long production will be available at http://song.unwomen.org to count down toward the launch. On March 8, the site will feature the full song video and make the track available for download. 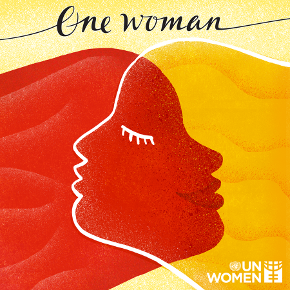 “One Woman” calls for change and celebrates acts of courage and determination by ordinary women who daily make extraordinary contributions to their countries and communities. The lyrics are inspired by stories of women whom UN Women has supported, UN Women is the UN organization charged with advancing women’s empowerment and gender equality worldwide. It began its work in 2011, the first new UN organization in decades. “One Woman” is the first theme song for a UN organization.

Initially performed during the launch event for UN Women in the UN General Assembly Hall in 2011, “One Woman” aims to become a rallying cry that inspires listeners about the mission of UN Women and engages them to join in the drive for women’s empowerment and gender equality.

The music of the song is by Graham Lyle (Tina Turner’s “What’s Love Got To Do With It” and many other hits) and British/Somali singer-songwriter Fahan Hassan. Jerry Boys, who has worked with a wide range of artists including REM, Everything But The Girl and was one of the people behind the Buena Vista Social Club recording, produced the song, together with lyricist and executive producer Beth Blatt and her organization Hope Sings.

Microsoft, as UN Women’s corporate partner for “One Woman” has sponsored the song and music video production.

The song will be available for purchase on the song website and all common channels like iTunes and Amazon for $0.99. All proceeds go directly to UN Women in support of its programmes to empower women on the ground.

BIG NEWS: We will launch our very own song #1woman &music video on 8 March, #IWD2013! Check out the teaser page: song.unwomen.org

Related News
01/07/2013
UN Women Partners with Geena Davis on First-ever Global Gender in Film Research Study
16/09/2014
Press Conference: Launch of the first-ever global study on gender images in popular films
11/12/2014
Around the world, women and men of all ages “orange their hoods” to end violence
28/06/2021
Winners of the comic and cartoon competition, “Generation Equality: Picture It!”
08/08/2013
International Day of the World's Indigenous Peoples
END_OF_DOCUMENT_TOKEN_TO_BE_REPLACED