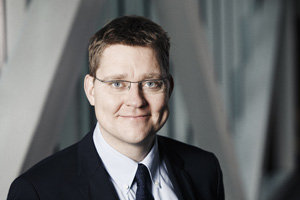 The Government of Denmark has announced additional end-of-year core funding of DKK 20 million (USD 3.7 million) for UN Women. This adds to its prior contribution in 2013 of USD 6.9 million – bringing Denmark’s overall 2013 contribution to approximately USD 10.6 million.

In an interview, former Danish Minister for Development Cooperation Rasmus Helveg Petersen says his country wants to strengthen UN Women’s role as the most important international agency for data collection and analyses on women’s empowerment and gender equality.

1) Why is gender equality important to your Government?

It is a central objective of the Danish strategy for Development Cooperation that Denmark will work to promote all human rights – economic, social, cultural, civil and political – with a special focus on women’s rights and equal access to decision-making, resources and opportunities. Everybody, regardless of gender, should be given equal opportunities in all spheres of life. Furthermore, I believe that gender equality is an integral part of a modern and diverse society as well as a precondition for sustainable economic growth. In Denmark, women and men are ensured formal equality, however, in some areas, women and men still face gender barriers, and we will continue to work on these challenges.

2) Why is it important to work for promotion of gender equality through multilateral agencies?

Multilateral agencies have a number of advantages as compared to bilateral development cooperation agencies when it comes to promotion of women’s empowerment and gender equality. This is especially the case for UN Women. UN Women has a critical mass of experts on gender equality, in-depth knowledge of gender equality challenges in UN Member States and the means and knowledge to collect, analyse and disseminate evidence-based data. This is needed for conducting factual and impartial dialogues with governments. We want to strengthen the role of UN Women as the most important international agency for data collection and analyses regarding women’s empowerment and gender equality. UN Women’s field experience also contributes to strengthen the organization’s credibility. This is needed if we want ambitious global norms in the framework of the Commission on the Status of Women and in other international fora. That is why Denmark supports UN Women.

3) Why is UN Women the best fit for channelling your development assistance?

Related News
06/03/2014
In the words of Aili Limakka: We must embrace diversity by accepting our past
27/01/2014
“Together we must tear down barriers so that women can claim their rights and realize their potential” – Executive Director
08/07/2013
Speech at the side-event organized by the Government of Denmark, on findings of the Global Thematic Consultation on "Addressing Inequalities"
24/04/2013
UN Women opens Nordic Liaison Office in Copenhagen
15/11/2021
Empowering students in Albanian schools through self-defense training
END_OF_DOCUMENT_TOKEN_TO_BE_REPLACED