20 years after the Beijing Declaration and Platform for Action, a UN Women co-organised global meeting in Istanbul seeks concrete political commitments for active measures to end violence against women and girls.

More needs to be done to eradicate all forms of violence against women and girls, senior government and UN leaders said today at the opening of a global conference organized by UN Women and UNFPA, the UN Population Fund, together with the Government of Turkey. 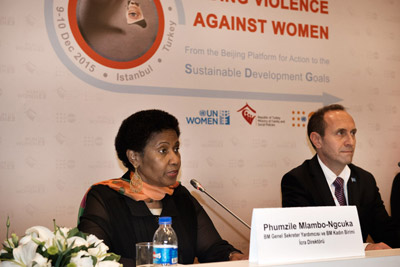 UN Women Executive Director Phumzile Mlambo-Ngcuka spoke at the press conference before the opening of the global meeting on Ending the violence against Women in Istanbul, Turkey. Photo: UN Women/Ventura Formicone

“Violence against women and girls remains one of the most widespread and tolerated violations of human rights – but it is not inevitable, and we can prevent it. We are here today to say that this is enough. Now is the moment for coherently executed, decisive action to eliminate violence against women and girls for good,” said Phumzile Mlambo-Ngcuka, UN Under-Secretary-General and Executive Director of UN Women, at the opening session, in her first official mission to Turkey.

After welcoming the Prime Minister of Turkey, Mr. Ahmet Davutoğlu, Ms. Mlambo-Ngcuka joined him, Dr. Sema Ramazanoğlu, Turkey’s Minister for Family and Social Policies, and her conference co-organiser, UNFPA Executive Director Dr. Babatunde Osotimehin, to open the conference in a hall filled with over 300 delegates from around the world. 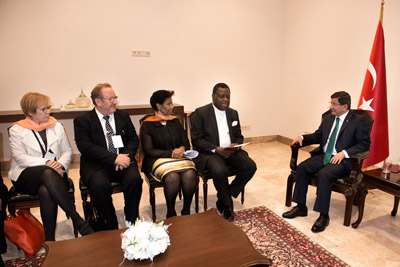 Calling for zero tolerance and immediate action to end the global epidemic of violence against women, officials urged that existing laws protecting women be vigorously enforced, and emphasised prevention, survivor services, the need for reliable data, and the importance of engaging men and boys to stop violence against women and girls.

“We will take all the measures to prevent the violence against women. This is our duty as we are the law makers,” said Turkish Prime Minister Ahmet Davutoğlu, “but laws are not the only and precise solution against violence. Its very important how we position ourselves as human beings. The mentality is the key point. The way of removing violence from life is to close the ways that goes to violence from the start.” 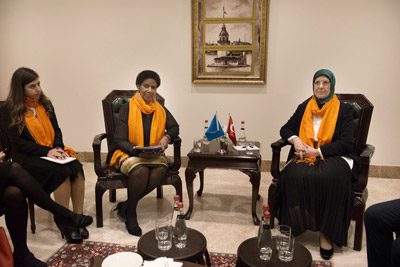 The two day high-level Ending Violence against Women: Building on Progress to Accelerate Change conference, which coincides with the global 16 Days of Activism to end Violence against Women, brought together high-level government ministers from Turkey and 16 other countries, along with practitioners, experts and civil society to assess progress, share data and good practices, and identify challenges. 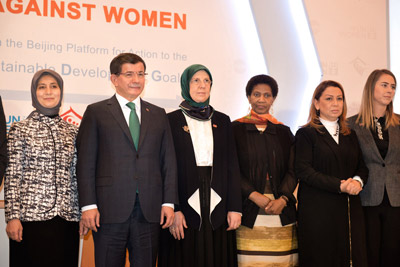 The opening of the global meeting on ending the violence against Women.Photo: UN Women/Ventura Formicone

“Today there is no country in the world, not one, where women and girls live free from violence. Protecting women’s rights to live in dignity, free from violence, requires our deliberate, urgent and sustained action,” said Dr. Babatunde Osotimehin, Executive Director of UNFPA, the co-organizer for the meeting.

The conference will also provide a platform for the launch of the Essential Services Package, which outlines guidelines for quality services to respond to violence against women. 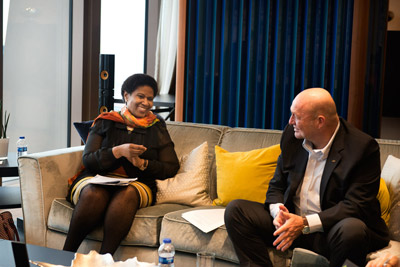 Most importantly, in light of the Sustainable Development Goals (SDGs) adopted by world leaders in September 2015, the meeting will close with a ‘We Can Make it Happen’ session, where governments, NGOs and the UN will make specific political commitments to end violence against women.

The conference is being held 20 years after the landmark Beijing Declaration and Platform for Action, the most progressive agenda to advance women’s rights, which was adopted by 189 countries in 1995.

Turkey, the host country of the conference, was the first government to ratify the Council of Europe’s landmark Istanbul Convention, which aims to prevent violence against women and girls, protect victims and end the impunity of perpetrators.

Related News
New law in Kyrgyzstan toughens penalties for bride kidnapping
Confronting dowry-related violence in India: Women at the center of justice
Burns Violence Survivors rebuild their lives in Nepal
In the words of Mwasapi Kihongosi: How ending violence against women and girls became my passion
It is time for action to end violence against women: a speech by Lakshmi Puri at the ACP-EU Parliamentary Assembly
END_OF_DOCUMENT_TOKEN_TO_BE_REPLACED