At the pivotal International AIDS Society Conference in Vancouver, Canada from 19-22 July, the focus will be on HIV care and treatment as new data highlights the effectiveness of earlier treatment initiation. Commissioned by UN Women, AVAC, ATHENA network and Salamander Trust will present initial findings from a new global review of the status of access to care and antiretroviral therapy (ART) for women living with HIV. Unique in its methodology, the study was designed and governed by women living with HIV and aims to ensure that their voices, and concerns about specific barriers to access, remain front-and-centre in discussions. 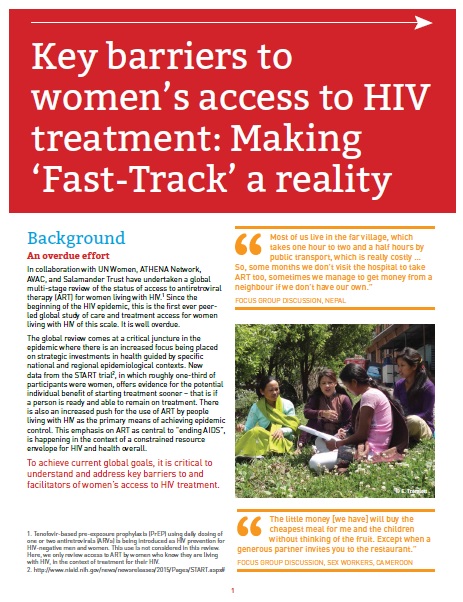 A new report released this week by UNAIDS “How AIDS changed everything,” says the Millennium Development Goal of having 15 million people on life-saving HIV treatment by 2015 has been met – with 40 per cent of all people living with HIV accessing antiretroviral therapy in 2014, a 22-fold increase over 2000. Over the same period, the percentage of pregnant women living with HIV with access to ART rose to 73 per cent.

While celebrating these achievements, challenges persist in ensuring access and adherence to antiretroviral therapy for all. More sex-disaggregated data is needed, particularly of women from marginalized populations. In fact, although women’s enrolment in treatment has increased, data shows that women have lower rates of retention in care in the long-term than men. For a range of reasons related to unequal gender norms and inequalities, women living with HIV often face specific barriers in gaining access to treatment or following it through.

In the first phases of the global study, more than 200 women were interviewed one-on-one or through focus group discussions in four countries from different regions. The next phase in the global study will involve further interviews and country-level policy reviews to provide a fuller picture of women’s access in specific contexts. The final report is expected to be out later this year. 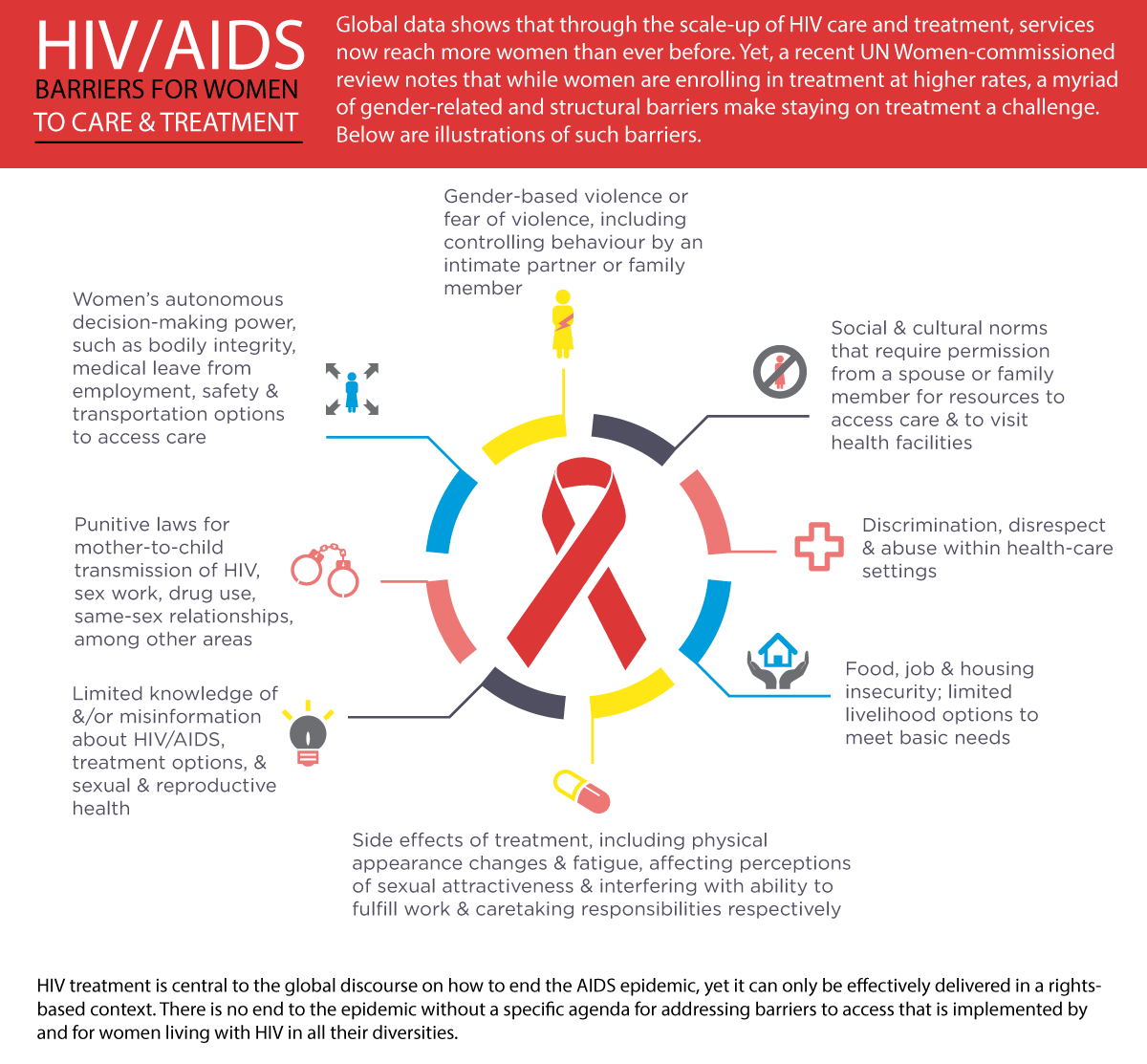 Hear what some women living with HIV had to say about barriers to treatment they face: 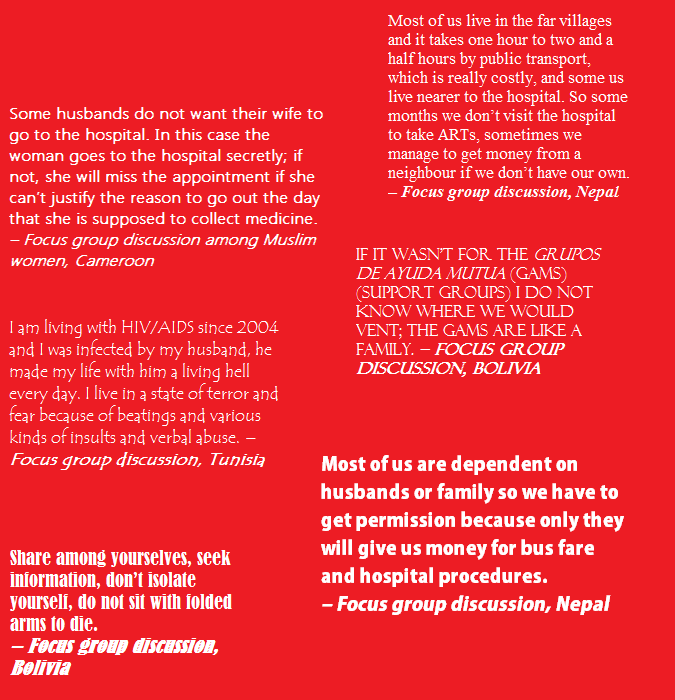