Experts believe adopting the new anti-trafficking law will make it easier for authorities to investigate and prosecute this widespread crime.

The thought of earning 2,500 dirhams [approximately USD 250] per month was enough of an incentive for Nora, then 24, to pack her bags and leave her hometown in Côte d’Ivoire behind. A Moroccan woman living there had told her about the opportunity to work as a housemaid for a family in Kenitra, Morocco, so she boarded a plane and headed north. 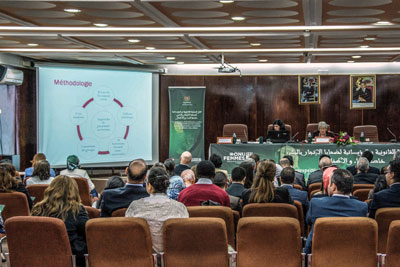 The findings of a recent study on the trafficking of women and children in Morocco were presented at a seminar in May. Photo: UN Women/Kimja Vanderheyden

Upon arrival, Nora was quickly faced with the reality that she had been tricked into the dark realm of human trafficking. Her passport was seized and she was forced to work 18 consecutive hours each day without pay. For months, she was locked in her captor’s house and beaten regularly.

Nora is one of countless women and children who have been trafficked through Morocco for forced labour including domestic work and sexual exploitation. There are, however, no reliable estimates of the number of people this crime currently ensnares.

At a seminar in May, the findings of a recent study on the trafficking of women and children in Morocco, led by the country’s Ministry of Justice and Liberties in partnership with UN Women and the Swiss Agency for Development and Cooperation of Switzerland, were presented to more than 100 members of government, civil society and international organizations.

The study identifies human trafficking as both an internal as well as a transnational problem, with Morocco at the hub as a country of origin, destination and transit. It is described as “legally invisible,” because it is not clearly defined in domestic law. Moreover, when trafficking involving Moroccan nationals occurs abroad, it can often be impossible for Moroccan officials to intervene across borders. 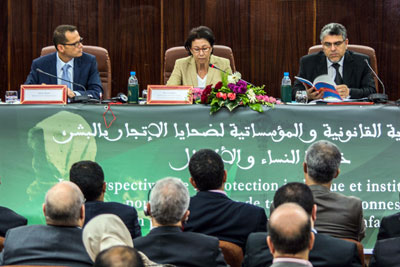 The urgent need to prevent and address the needs of those trafficked has been in focus for a few years now. During a visit to Morocco in 2013, the UN Special Rapporteur on trafficking in persons expressed concern about the lack of an adequate legal framework to effectively address the issue. Moroccan officials informed her that the adoption of a new anti-trafficking law would enable authorities to train police officials on the identification of victims.

A draft law against human trafficking was approved by the Moroccan Government just days before the joint UN Women study was released in May, and is expected to be debated and adopted as early as October.

The Special Rapporteur believes new anti-trafficking legislation will simplify the processes of investigation, data collection and prosecution, where complications exist due to the crime’s ambiguous definition in the Penal Code.

“The police do not consider instances of trafficking as cases. They treat women as prostitutes, they think that they can never be forced [to have sex],” said a representative of a civil society organization that helps women who are survivors of violence, who was interviewed anonymously for the study. “It is difficult to prove. The man will lie; he will say he does not know that his wife does that, even if he forced her into prostitution. She can even be accused of adultery.” 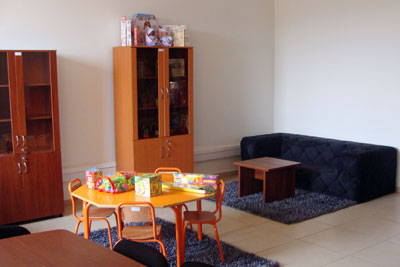 The proposed recommendations outlined in the joint UN Women study include the adoption of specific legislative measures that prioritize the survivors and criminalize human trafficking. In addition, it recommends protecting the vulnerable by increasing public awareness through organized campaigns and circulating information to those involved, such as police, judges and social workers.

Along with the study, UN Women helped organize training sessions on human trafficking issues for 253 magistrates and 135 social workers. It also established counselling rooms within courts of justice in eight Moroccan cities.

"The Moroccan Government has already made significant progress by acknowledging the phenomenon and the specific needs of victims of human trafficking,” said Leila Rhiwi, UN Women Maghreb’s Representative. “A lot of work still needs to be done, but the approach adopted by the Ministry of Justice and Liberties is already an important step forward and raises much hope.”