Take five: Morocco’s Anti-Trafficking Law and its link to migration 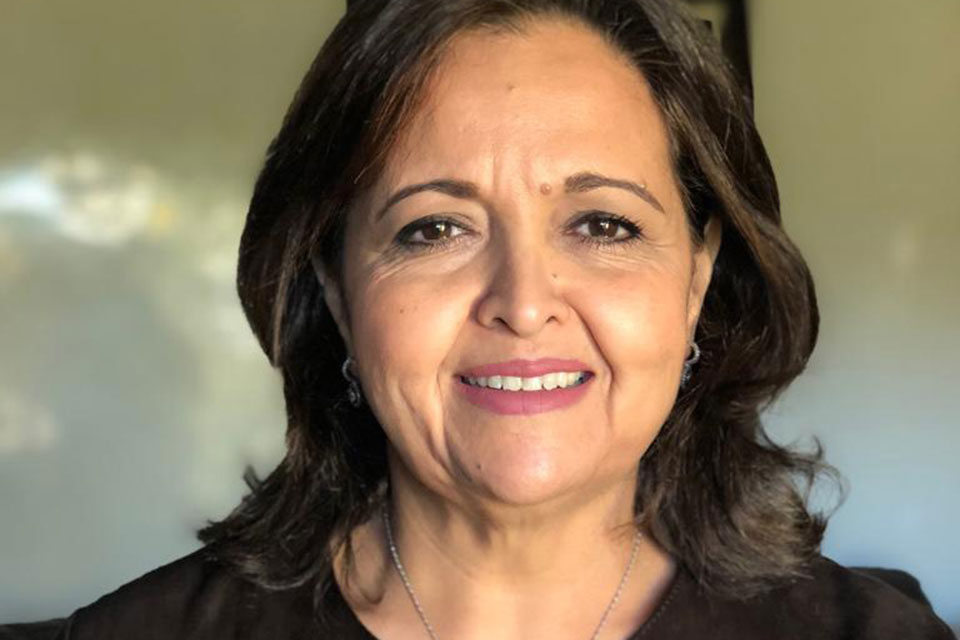 Amina Oufroukhi is President of the International Judicial Cooperation Department headed by the Office of the Public Prosecutor of the Kingdom of Morocco. Prior to this, she served as a judge in the Directorate of Criminal Affairs and Pardons, Ministry of Justice, where she played a key role in drafting Morocco’s anti-trafficking law. Currently, Ms. Oufroukhi coordinates programmes to tackle trafficking between national and international institutions and Moroccan courts, includingthe continuing partnership between the Public Prosecutor’s Office and UN Women.

What was your role in drafting Morocco’s anti-trafficking law?

I organized specialized trainings for judges, police, gendarmerie and the executive branch, and produced two studies on human trafficking–the first with the International Organization for Migration (IOM) in 2009, which focused on border crossings, and the second with UN Women, which engaged 253 magistrates and 135 social workers in 2015, on ways to prevent human trafficking and protect survivors. The training sessions resulted in recommendations that led to a draft law on human trafficking, submitted to the Joint Governmental Committee. I was among the members of the drafting committee for the law adopted in 2016.

What are the law’s key provisions?

Moroccan Law No. 27.14 defines trafficking in persons for the first time and provides a clear definition of a ‘victim’ of this crime. It also highlights the responsibility of the State to identify and assist victims. Key provisions to prevent trafficking and protect women’s and girl’s rights include: detailing offenses, penalties and criminal sanctions for perpetrators; prioritizing identification of victims; providing public services for victims for protection, psychosocial care, medical assistance and free legal aid; and creating a national commission to combat and prevent human trafficking.

What are the challenges in implementing the law and how are they being addressed?

A key challenge in implementing this law in Morocco is identifying victims and encouraging them to report the crime. To overcome this, we have created a network of public prosecutors in Moroccan courts to enhance their ability to identify [the signs] and victims of human trafficking. We train them based on the latest research and follow-up mechanisms on human trafficking, and we are preparing a practical guide to help them apply the law. We also launched a large public awareness campaign in Morocoo (with documentary films, radio broadcasts, case studies and infographics) with the support of UN Women.

What is the link between trafficking, gender and migration?

According to the study conducted with UN Women, Morocco has moved from being a country of origin in the nineties to becoming more of a destination country, because it is difficult for migrants to migrate to Europe given its highly secure borders.

Among the high proportion of migrants that Morocco receives from sub-Saharan Africa in transit to Europe, [many] are often subject to smuggling … and trafficking. Moroccan women and minors are also trafficked and are forced into prostitution by intermediaries or their families, and children are [sometimes even] sold at birth. Difficulties in accessing employment and basic services, and integrating into Moroccan society, put migrants in a precarious position, resulting in exploitation and trafficking. Trafficking networks operate within these structural conditions, wherein female migrants, the most vulnerable to being trafficked, become victims and are also sexually exploited.

The Moroccan trafficking law consequently took this into account in the definition of human trafficking, and Article IV obligates the State to ensure within means available, protection, healthcare, psychosocial support for trafficking survivors, temporary accommodation, legal assistance, social integration, and the facilitation of voluntary return to countries of origin. Moreover, measures for migrant integration help to prevent trafficking.

What concrete strategies need to be implemented to prevent trafficking?

Related News
15/11/2021
How women migrants in Thailand are stopping trafficking and gender-based violence in their communities
14/12/2018
Take five: “We must support women and girls, especially survivors, to lead change”
03/05/2016
A snapshot of UN Women’s work in response to the crisis in Syria
03/03/2016
Advocacy and laws confront trafficking across the Arab States
11/11/2015
UN Women and WFP unveil expansion of ‘Oases’ safe spaces in Za'atari refugee camp
END_OF_DOCUMENT_TOKEN_TO_BE_REPLACED