New York—At a UN Women-organized Multi-Stakeholder Forum on 21 January in preparation for the 60th session of the Commission on the Status of Women (CSW60), States, civil society and the United Nations system discussed ways to accelerate realization of gender equality and the empowerment of women and implementing related commitments in the 2030 Agenda for Sustainable Development. They emphasized that gender equality needs to be at the core of national policies to ensure that no one is left behind. 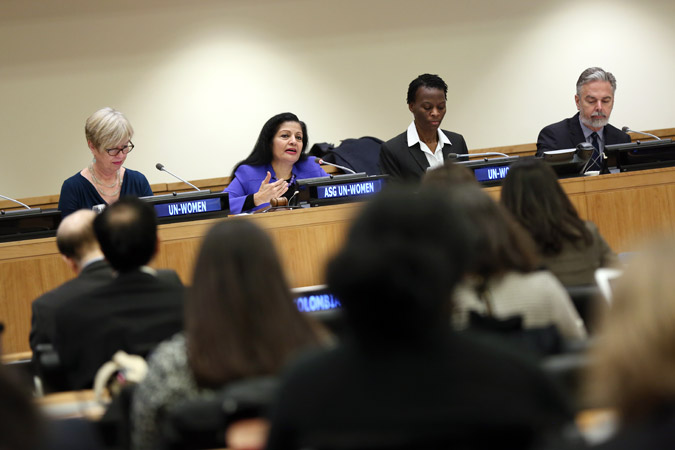 Through a series of four panels, stakeholders shared experiences, provided recommendations and concrete steps for implementing the 2030 Agenda in a gender-responsive manner and outlined the related issues that should be addressed at CSW60, to take place in March.

In opening the Forum, UN Women Deputy Executive Director Lakshmi Puri told participants: “Words must be followed by deeds—clear, tangible, measurable action that is monitored and evaluated, with accountability to the world’s women and girls. CSW60 has not only the opportunity—indeed this is the expectation—to help transform the lives of women and girls everywhere.”

As States prepare to implement the Sustainable Development Goals (SDGs), more than 40 panelists and speakers from governments, civil society and the UN system offered their insights around how to increase opportunities for women and support women's leadership, stressing that poverty worldwide cannot be eradicated without gender equality.

“In China we have a saying: ‘women hold up half the sky’,” remarked Liu Jieyi, Permanent Representative to the UN for China. “[The 2030 Agenda] has reaffirmed the place of women in the socio-economic development future of the entire international community,” Mr. Liu said, emphasizing China’s commitment in this regard, announced at the Global Leaders’ Meeting on Gender Equality and Women’s Empowerment, which it co-organized with UN Women after the adoption of the 2030 Agenda. 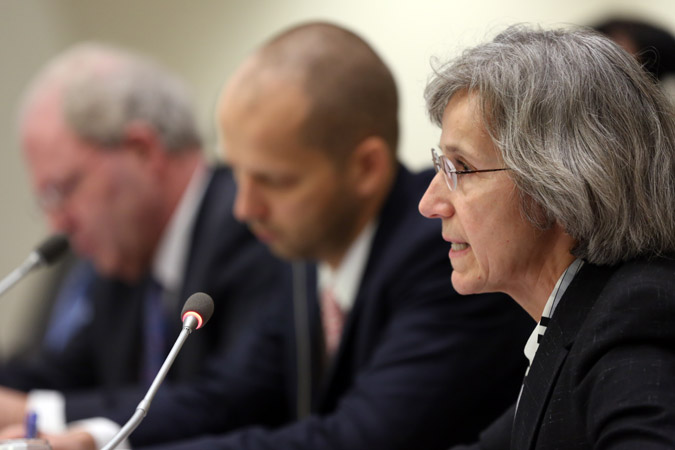 Christine Brautigam, Director of the Intergovernmental Support Division of UN Women, introduced the topic of institutional arrangements for gender-responsive implementation of the 2030 agenda for sustainable development. Photo: UN Women/Ryan Brown

Several participants reiterated that reducing gender inequality will lead to an economic surge. Permanent Representative of Norway, Geir Pedersen, noted that while many attribute Norway's wealth to natural resources in the 1960s, many overlook the fact that women also entered the workforce during that time, which was key to the country's economic success. “Nothing can beat the most important resource and that is human capital,” Mr. Pedersen said.

Representatives underscored that the lack of funding for targeted programmes for women and for ending violence against women and girls in particular, as well as for women’s organizations continues to hold back progress for women.

Another panel stressed the need to strengthen existing data in order to properly measure progress towards the SDGs and the impact of policies on societies. Shahrashoub Razavi, Chief of UN Women’s Research and Data Section, explained that data is crucial to measuring gender-related progress and most statistical systems have not been designed to “measure what women specifically treasure,” adding: “The injustices that women experience... have escaped proper counting.” 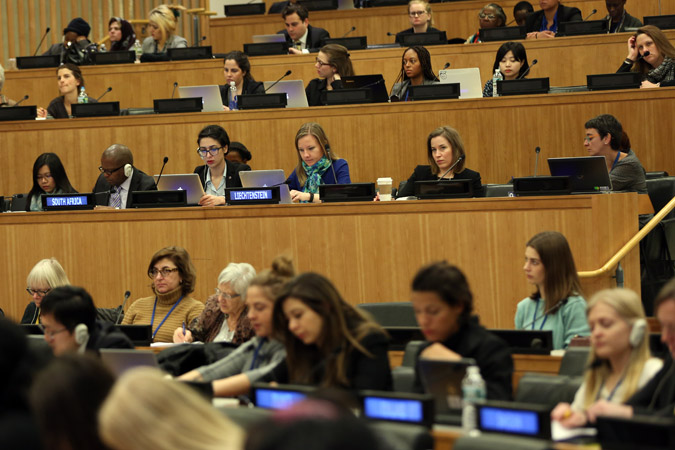 Panelists emphasized the need to strengthen States’ statistical systems and to enhance coordination on methodologies used. One example was the collection of data on violence against women: such violence often goes unrecorded, and countries have different approaches to gathering data. This makes it harder to compare the situation, and trends, at a global level. In cases of data gaps, or where qualitative information is essential, civil society and women's organizations can play a key role in helping to bridge that gap.

The role of women’s organizations

The final panel of the day emphasized civil society’s role in monitoring and implementing the 2030 Agenda. These groups are essential in giving women a voice, in channeling collective action and advocacy, and in demanding gender-responsive action. 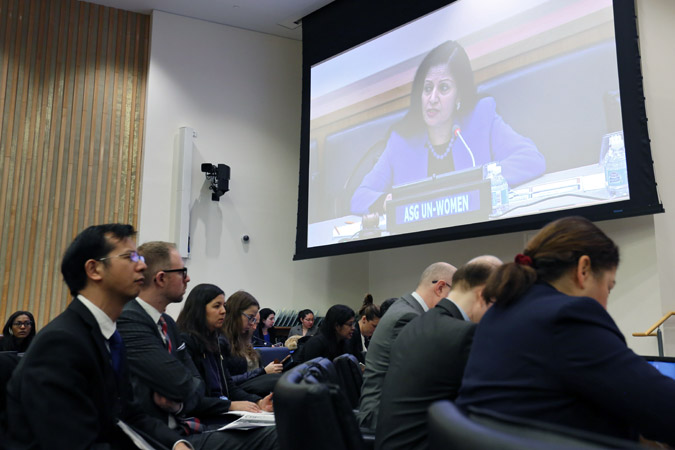 “Without these constituencies… fewer voices of people living in poverty, and the most marginalized… would be heard here at the UN,” said Eleanor Blomstrom, Programme Director for the Women’s Environment and Development Organization, a global NGO.

In closing, Ms. Puri reminded participants to do everything that it takes for accelerating progress. “It’s hard work; it has to be systematic work; and we must all reach our goal of ‘Planet 50/50 by 2030’—the latest by 2030.”