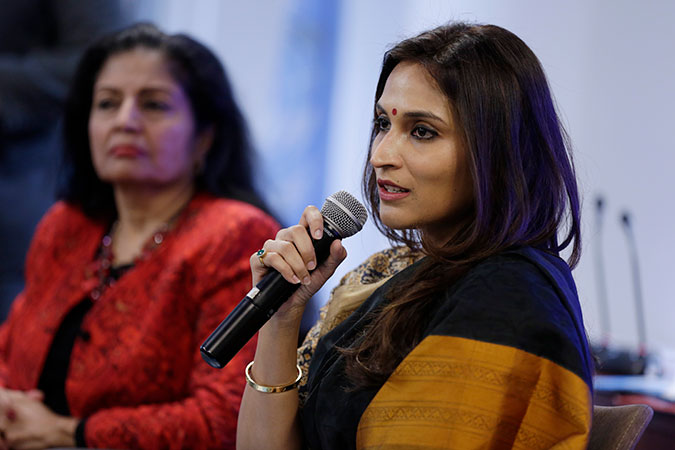 Ms. Dhanush, known for her work as a film director, classical dancer and writer in India, is committed to enhance women and girl’s opportunities and truly achieve gender equality for present and future generations.

“I hope that we can leave an equal world as a legacy for our children,” she said. “I will be equally happy if we success in creating a class of men and women that believe that gender equality is the norm and any person that questions that is an aberration. I hope that the goal of an equal society is taken as a given by the future generations.” 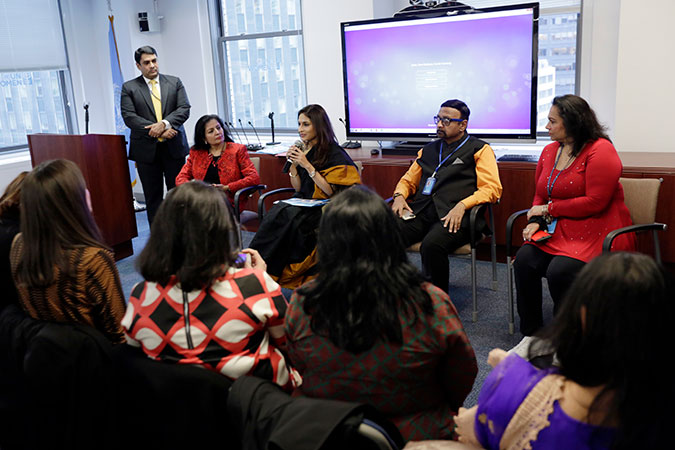 Underlining the importance of supporting young women and girls, UN Women Executive Director Phumzile Mlambo-Ngcuka said: “We can only neglect investing in young people in a country like India at our peril, because the population is so large, so dynamic, that there will be a cost to humanity. All of us must do something to the extent that we can.”

It is fundamental to commit to action and advocate for gender equality, according to UN Women Deputy Executive Director Lakshmi Puri: “We need advocacy, we need movement building to happen so that we can get everybody engaged—policy makers and citizens. Participation in political and public life is another important area where we need to see more women.”

“It is important to bring up our sons to respect women.” - Indian filmmaker & #genderequality advocate, @ash_r_dhanush cc: @unwomenindia pic.twitter.com/XlQ7iA53Rt

Prakash M Swamy, President of America Tamil Sangam, highlighted Ms. Dhanush’s willingness to help other people: “I have seen many women with family problems or violence problems, she takes time to talk to them and try to find a solution…She’s always grounded in reality.” 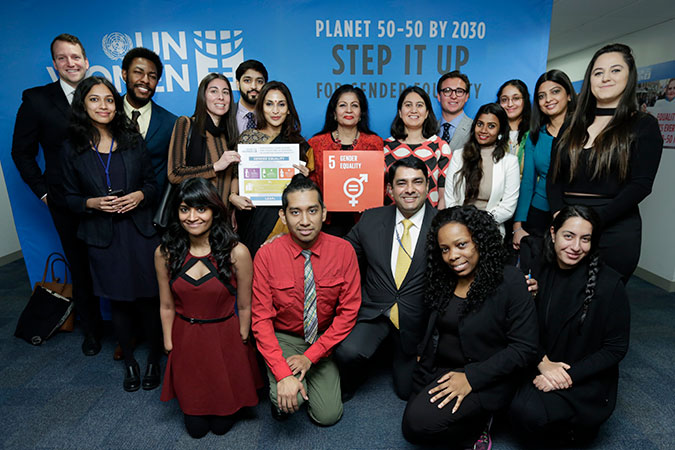 Aishwaryaa Rajinikanth Dhanush became UN Women’s Advocate for Gender Equality and Women’s Empowerment in India earlier this year. A leading film director and a startup entrepreneur, Ms. Dhanush will help raise awareness of UN Women’s core messages of gender equality and women’s empowerment across India, boosting the organization’s efforts to close the gender gap and achieve a more equal world—Planet 50-50—by the year 2030.

“I hope that an equal society is taken as a given by future generations.” - @ash_r_dhanush cc: @UNWOMEN4Youth #Planet5050