A UN Women project helps female survivors of sexual violence in Bosnia and Herzegovina transform their lives and families by boosting their economic opportunities and teaching them how to set up a business and grow their markets. 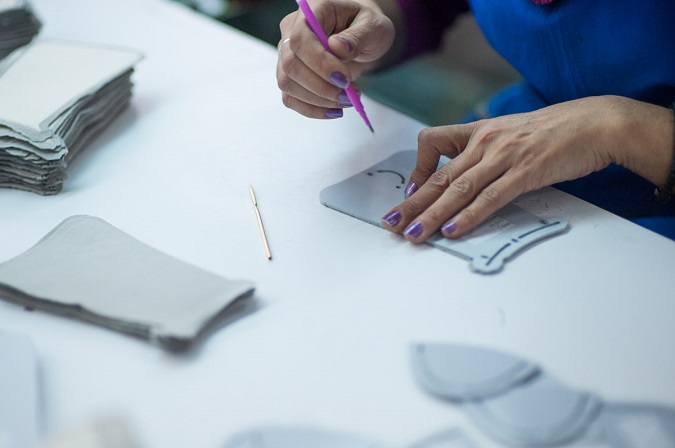 As part of its work, UN Women assists survivors of wartime sexual violence through an initiative that boosts their financial security and work opportunities. While prosecution of perpetrators and access to justice for survivors is paramount to ending impunity, affordable and appropriate services, such as free legal advice, health care and economic opportunities for survivors, are critical for preventing re-occurrence and rebuilding lives.

After the 1992-1995 war in Bosnia and Herzegovina, Bojana, 66, was displaced from her hometown and her family lost their livelihood. Today, Bojana and her family are expanding their farming business with support from a joint UN project, “Seeking Care, Support and Justice for Conflict Related Sexual Violence Survivors in BiH”, funded by the United Kingdom, Canada and UN Action Against Sexual Violence in Conflict.

“This project has helped me fight stigma and reunited my family. It has enabled me to develop a business plan so that everyone in my family participates equally. My daughter and her husband own some land. Now my son and my daughter-in-law have also joined the family in farming and cattle breeding,” says Bojana.

Behara, a 56-year-old grandmother, processes fruits and makes apple jams in her family business. She lacked adequate equipment for the enterprise, but since attending UN Women-led workshops, she has learned how to improve her business and source equipment.

“I feel empowered because the business plan I developed and implemented will allow my family to live a decent life,” says Behara. “The new equipment helps process our own crop, and now we can offer the processing service to others who have orchards. That will increase our earnings significantly,” she says. “Even the little one will get to pick the fruits of my work,” she adds, pointing to her new-born grandson.

The project also guides women on how to access larger markets for greater profits. The participants assess their own capacities and resources, and lead their businesses right from the start.

Slobodanka, a 41-year-old mother of three, decided to expand her husband’s karate club and open the town’s first fitness club. By offering fitness, Pilates and aerobic classes, she wants to make the space more female friendly. “This club will be the first of its kind and will mean a great deal for the women in our community,” says Slobodanka.

In addition to its efforts to help survivors get their lives back on track, UN Women in Bosnia and Herzegovina also works with partners to prevent violence against women before it happens. A recent international conference in Sarajevo on involving men and boys to end gender-based violence motivated professionals, stirred new ideas and informed future work on gender-based violence.

Related News
18/10/2016
From where I stand: Nada Marković
22/09/2022
Press release: New UN policy paper shows the devastating impacts of the Ukraine war on women and girls
16/04/2013
Syrian Women Refugees Stitch Together Trust and Hope
17/06/2022
In the words of Larysa Denysenko, Ukrainian legal expert: “Sexual violence is a tactic of intimidation, torture and humiliation”
11/04/2022
Speech: Women’s involvement is both a right and an opportunity for better outcomes
END_OF_DOCUMENT_TOKEN_TO_BE_REPLACED