Radio airwaves amplify “On the Road” since Beijing

Through a UN Women partnership with the World Association of Community Radio Broadcasters, 20 stories produced by women community radio producers bring to life the realities women face 20 years after the Beijing Conference, heard by more than 8.7 million listeners worldwide.

Voiceover: These are the exciting formative years for the future of any child. But for many this future is cut short… Mary is now 24 years old and, like her sisters, she was stopped from continuing her education… Mary tells us how she is now in school and trying to save for her future. 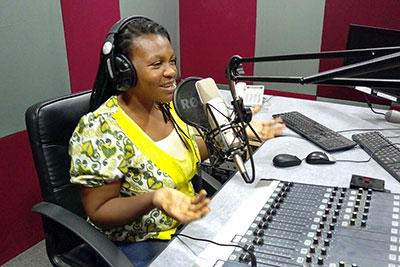 AMARC, the leading network of community radio broadcasters, with over 4,500 members in 136 countries has a long history of spotlighting women’s rights and gender equality. The NGO participated at the Fourth World Conference on Women in Beijing in September 1995.

In their latest series, produced exclusively by women radio producers of the Women’s International Network, wide-ranging topics and voices—many of them of rural women—amplify the issues that women and girls face, from their daily struggles, such as fighting sexual violence and trafficking, to their fight for participation and leadership in the economy, politics and the media industry.

“Covering all the regions of the world, and made by women producers, this content offers a unique perspective that is often not heard on the global stage,” says Nanette Braun, Chief of Communications and Advocacy, UN Women. “These are voices of rural women, of urban women, of women struggling with daily obstacles, to those achieving small and big victories in the leadership or management or in the community. These narratives are, and should be, an integral thread of the gender discourse.” 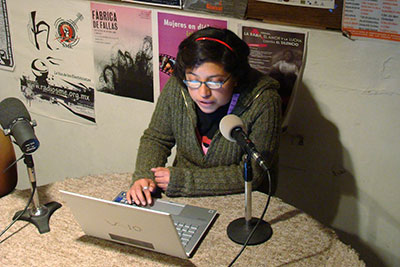 Starting with actual excerpts of radio reports of the names of women killed across Mexico, Femicide...Never again! Not one more! raises awareness of this epidemic, where thousands of women have been murdered since the 1990s. Tragically, many of these crimes have gone unsolved, leaving perpetrators unpunished. This radio production seeks accountability from the authorities, and makes a call for full protection of women and their safety. 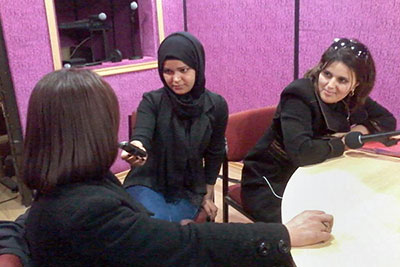 A look at the political participation of Algerian women focuses on the declining number of women in Algeria who are involved in politics or hold decision-making roles. It highlights that this underrepresentation is partly due to the burden of domestic work which makes it challenging for many women to pursue political involvement. 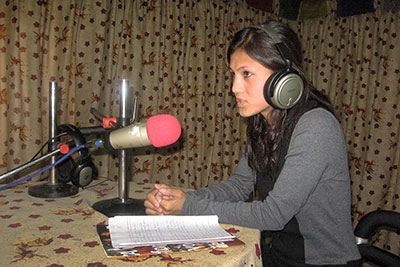 In the district of Kavre, one of the poorest areas in central Nepal, Hyngla Sankalpa focuses on cases of trafficking and sexual violence that are routinely faced by women and girls. The radio production highlights a local programme hosted by Radio Namobuddha that promotes women’s human rights and aims to concretely reduce the number of rapes. 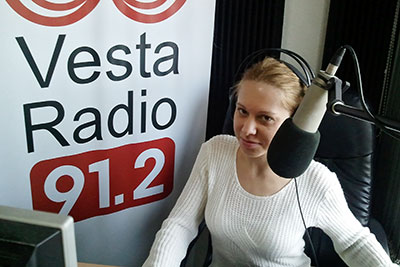 Otvoreno/Open: The presence of women in media and politics discusses women’s shockingly low participation in the production of media content in Bosnia and Herzegovina. It reveals the systemic lack of women’s voices in the media, and that women are far less likely than men to be featured in broadcast interviews, and analyses the damaging impact of gender discrimination in local media.

Other documentaries explore topics such as: the role of Ugandan women in the economy; the role of rural women in caring for the environment and food sovereignty in Argentina; China’s “leftover women”; women’s presence in decision-making bodies in Slovenia and the Democratic Republic of the Congo; women's situation in regional media landscape in Tunisia; the struggles of women in Panama; increased reporting of domestic violence in Indonesia; motherhood and the image of women in German; how community radio provides an opportunity for governments and civil society alike to fulfil the mandates of the Women and Media section of the Beijing Platform for Action; and a number of stories assessing global progress.

This thought-provoking series of interviews, documentaries, features and commentaires that engaged audiences on women’s rights and gender issues were broadcasted between January to July 2015. They reached 8.7 million community radio listeners directly, with re-broadcasts and Internet downloads reaching additional listeners. Listen to all the productions here: http://www.amarc.org/unwomen

Adjusting the frequency: Women on the airwaves

Related News
04/05/2015
Gender balance as a business imperative: A Q&A with Matt Winkler, Bloomberg News
09/07/2021
I am Generation Equality: Mete Belovacıklı, advocate for gender equality in media
12/01/2021
In the words of Riko Nagu: “In order to build an inclusive society and a resilient community both women and men should work together.”
23/11/2015
Press release: Progress for women in news media grinds to a halt
01/05/2015
Reading between the lines: Moldovan journalists embrace balanced reporting
END_OF_DOCUMENT_TOKEN_TO_BE_REPLACED