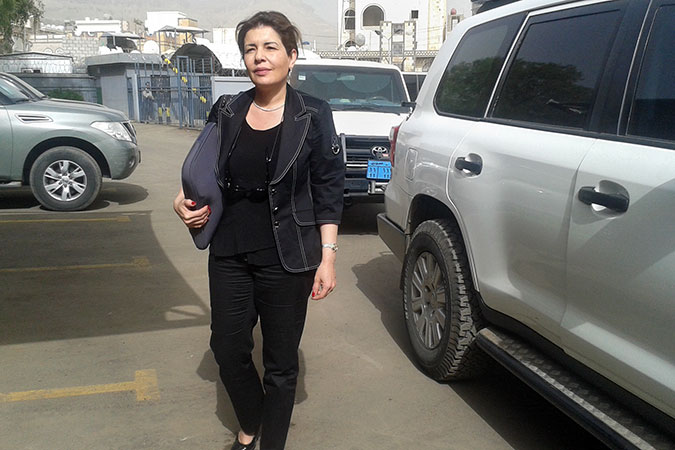 Sana’a, Yemen—It’s 6 a.m. and the sound of airstrikes startle her awake. She rushes to the window, which is shielded in plastic to protect the 110 staff living in this UN compound from shrapnel. She breathes a sigh of relief.

“At the beginning it was very scary,” says Dina, a long-time gender equality activist, originally from Jordan. She worked for many years in Iraq and is no stranger to conflict. “After a while you get to know the sounds. You can estimate the distance.”

She turns on the television to catch up on the latest news, flipping between channels, hoping to find out what happened yesterday at the Security Council, half a world away in New York.

A former journalist, Dina’s inspiration came from covering freedom of expression and women’s rights issues in Jordan, Iraq, Lebanon and Egypt, and she started consulting in 2005. She worked with various UN agencies, including UN Women and its predecessor, UNIFEM.

She checks the text message from UN security: ‘The car will move at 8.15’.

“They need to vary the time we leave every day for security reasons,” she explains. “When I first arrived the situation wasn’t as bad.” Dina landed a position as UN Women’s first Representative and Senior Gender Advisor in Yemen, arriving in December 2014. In March of 2015, separatist forces launched an offensive and war ensued.

“They evacuated us and, after a few weeks, they would only let a very small number of the hard-core humanitarian agencies back in,” she says. “I had to work virtually from Amman for a few months, which was hard since we need to work closely with women and civil society. But I kept fighting. I don’t take ‘no’ for an answer. The main two pillars of our work here in Yemen are humanitarian and political participation in the peace process, which are very sensitive. If you don’t have people together in the same room, you risk misunderstandings and misinformation. We wouldn’t be able to do this if we weren’t physically here.” 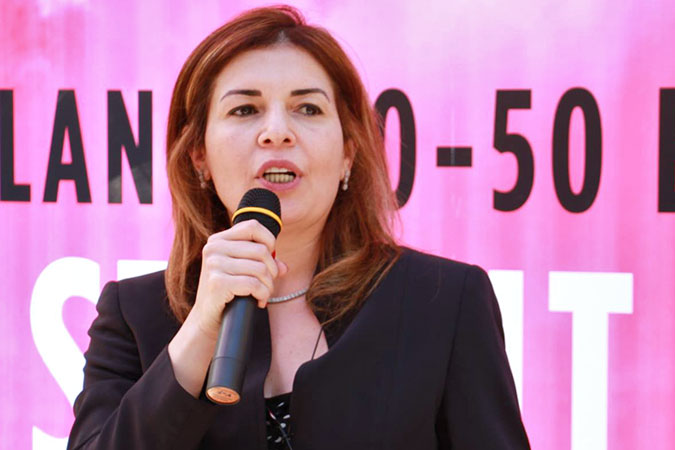 By August, Dina had convinced the UN Country Team to allow UN Women to return, as one of only a dozen agencies now on the ground. She became the Head of Office shortly thereafter.

“I could prove that we are essential and we are doing a good job,” she says. “We also ensure that gender is taken into consideration in all of the UN’s work, which means working closely with partners to make sure that women’s voices are heard, that they are part of the decision-making process, and that women are served well by the humanitarian response.”

In the lobby of this former hotel, Dina greets the four UN colleagues she’ll ride to work with today. They pile into the armoured UN car and pass multiple checkpoints.

“This same drive used to take 1.5 hours before the war, because of traffic,” she says. “Now it takes 20 minutes. There are days when it’s freakish how empty it is.”

As the convoy passes a gas station, Dina notices the same cars in line since yesterday, stretching three kilometres down the road. Fuel shortages are to blame. She stares out the window at the rubble around once-glorious mosques and other bombed buildings. OHCHR estimates that more than 8,000 people have been killed in Yemen since March.

“You never know when it’s going to happen,” she reflects. “Could it be me next time?”

The convoy pulls in to the small UNDP compound, where UN Women shares an office with UNDP, OCHA, ILO, UNOPS and the Resident Coordinator.

Dina supervises three national staff, one administrative and two programme officers—one of whom is working on political participation and peacebuilding; the other on a joint humanitarian project with UNDP, to track gender-based violence and provide psychosocial services.

She says one of the biggest challenges she faces in her work is diffusing the anger and mistrust.

“Now Yemenis don’t trust each other and they don’t trust us. So our work on integrating women in the peace process is really hard because they need to sit together.”

Today she meets with a group of 20 local women leaders to organize an upcoming workshop on the peace process. 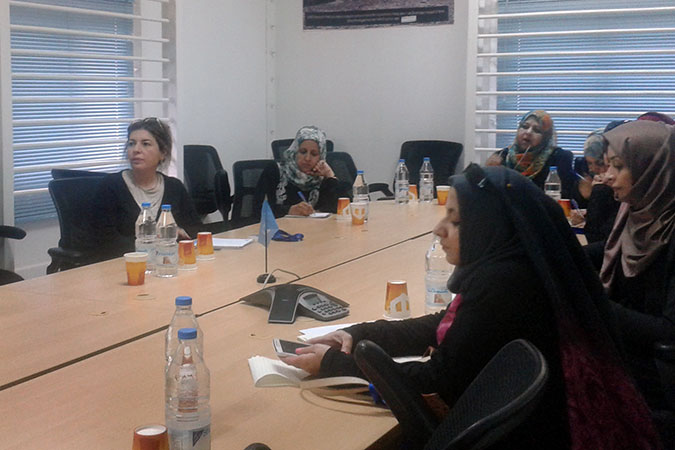 Gradually nurturing an environment for women to meet and reach common ground—by organizing workshops and facilitating dialogue in neutral spaces—Dina’s team helped establish a Women’s Pact for Peace and Security in October 2015. With 50 members and growing, has succeeded in ensuring that women are involved in the peace process, that the women’s agenda is included, and that neither will be sidelined.

Despite the intermittent Internet connection, Dina manages to send some emails to partners about the two women that will sit on delegations to the peace negotiations, as a result of the lobbying of the Secretary-General’s Envoy to Yemen and UN Women. A huge achievement.

“In a very short period, we’ve been able to do so much,” she says. Such results are fast for this line of work.

“Our work on the soft component can be frustrating because you don’t see results immediately,” Dina explains. “You might not see results for another 3-5 years. But as an expert on this for many years, I can see it happening—I see the indications that this is working! The pace of the work, the support we’re getting from the UN system… It’s just the beginning.”

“It might not seem influential to stopping the war, but it will be! We’re making sure that these women’s voices are heard. This is our mission.”

She picks up the phone to call a partner.

A few months ago, when making a similar call, a colleague at the National Women’s Committee shared that her family member had been killed, and started crying inconsolably.

“I didn’t think I would cry, but I did,” recalls Dina, whose own two grown children are in university in Jordan. “I forgot about talking about work and tried to comfort her.”

After a long day, work is winding down. She grabs her walkie-talkie and checks in with the warden at around 8 p.m.

“One of our colleagues from the ICRC was kidnapped last month,” she says. “I’m actually scared of kidnapping more than the bombings.”

On the drive home, Dina reflects on her mission. Despite the security risks, emotional tribulations and political challenges, she finds comfort in knowing UN Women is making a difference through the changes she sees.

“Of course there are days when there are setbacks,” she admits. “Sometimes it really hurts because you can’t fix it. We need the people to fix it. I’m not the decision-maker; I’m here to help them decide.”

“This is what keeps me going—even if it’s teeny-tiny. You know that [your results] are not simple and they’re not small. They’re the blocks that are going to lead to the big thing.” 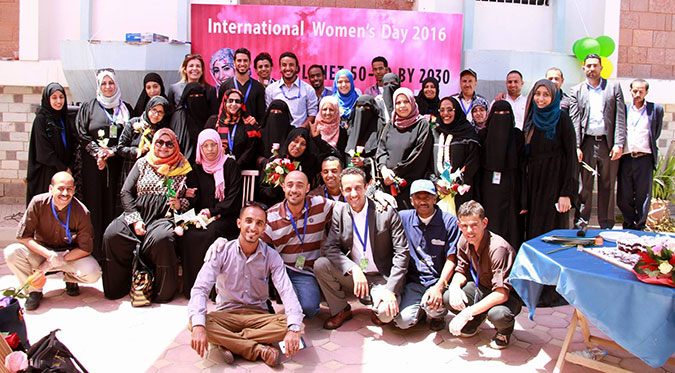