For the last 17 years, Um Nuria has supported her family by selling traditional Yemeni samosas in front of a local school in Al-Hodeidah, the fourth largest city in Yemen and its principal port on the Red Sea.

Selling the pastries is how she makes enough money to put food on the table for her children. 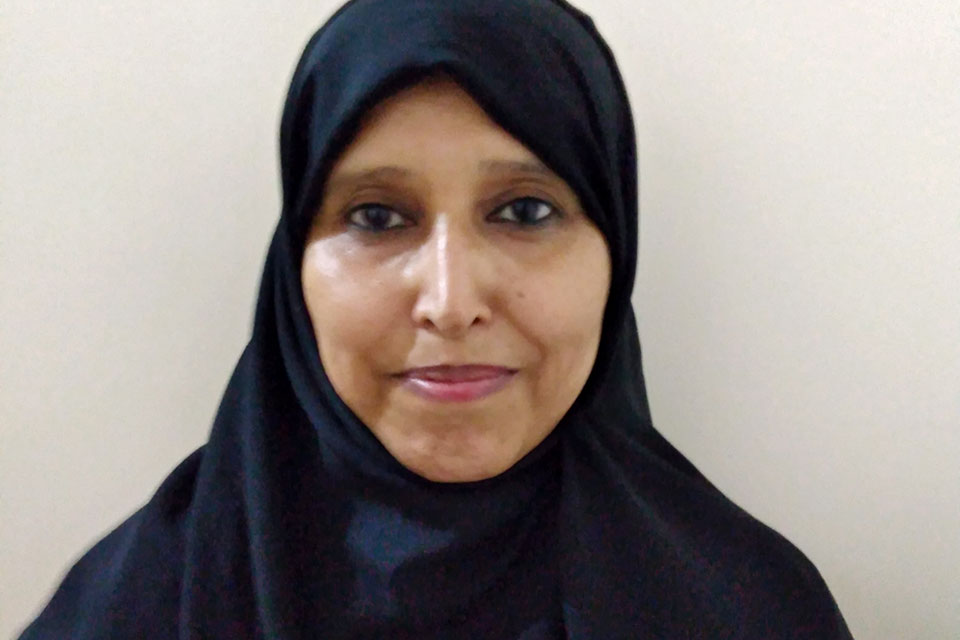 Um Nuria works to support her family by selling Samosas outside a local school. Photo courtesy of Um Nuria.

“I have tried many jobs and alternatives that did not work out. Selling samosa proved to be a good source of income. I have been relying on this job during school time, stopping during holidays. I used to manage even during the holidays with whatever money that I could save,” said Um Nuria.

The conflict in Yemen that started in 2015 had already created economic hardships.

“I started to suffer from rising prices. I found it difficult to pay rent and meet the daily expenses, not to mention the medicines for me and my children,” she explained. Um Nuria suffers from a heart condition and two of her six children suffer from asthma.

As men enter the conflict, and many do not return home, the number of female-headed households has been on the rise, and women are being pushed to take on new roles with very little or no support.

The World Bank estimates that women are shouldering an inequitable share of the burden in terms of worsening poverty rates and deprivation than the average population.

Yet, Yemeni women persevered to find new ways to support their families, starting their own small businesses in food, handcraft and hairdressing.

Women who found success in their new trades, like Um Nuria, felt empowered.

The emergence of the COVID-19 pandemic has cut short their success, and with it, hopes of better lives. Many small businesses, have closed, and the closure of schools has increased the burden of care for mothers. For Um Nuria, her only stable source of income – selling samosa near the school – is no longer viable.

The rate of violence against women in Yemen was already very high in the context of the ongoing conflict — in 2017, UNFPA had recorded 2.6 million women and girls were at risk of gender-based violence. With the added economic, health and social stressors of COVID-19, domestic violence cases are on the rise.

"Many Yemeni women have demonstrated a high level of resilience and have worked hard to survive and create their own opportunities during the war, but unfortunately, the COVID-19 outbreak has affected them badly," confirmed Kholoud Hajar, an independent expert in economic development and empowerment of women.

In view of the disproportionate impact of conflict and crisis on women and girls, UN Women has been supporting projects that build women’s self-reliance through livelihoods and protection interventions, vocational training, cash-based project activities and start-up packages for women with small enterprises.

UN Women is also working with the government and development partners to prioritize and integrate women’s and girls’ needs into the national COVID-19 crisis response plan. Ensuring an immediate ceasefire, boosting women’s access to paid work, and improving service-providers’ capacity to provide comprehensive services for survivors of gender-based violence are among the critical recommendations made by UN Women.

“Women in Yemen have long been paying the price of conflict in the country, and now, they are bearing the burden of COVID-19 too,” said Dina Zorba, UN Women Representative for Iraq and Yemen. “Yemeni women need support, and they need peace in their country. With the dual burden of conflict and the pandemic, UN Women is continuing to support women around the country by advocating for women’s voices within peace talks, supporting them with livelihoods, strengthening the coping mechanisms, providing services to GBV survivors and empowering community and women leaders with engagement programmes.