From where I stand: Lucy Nduati 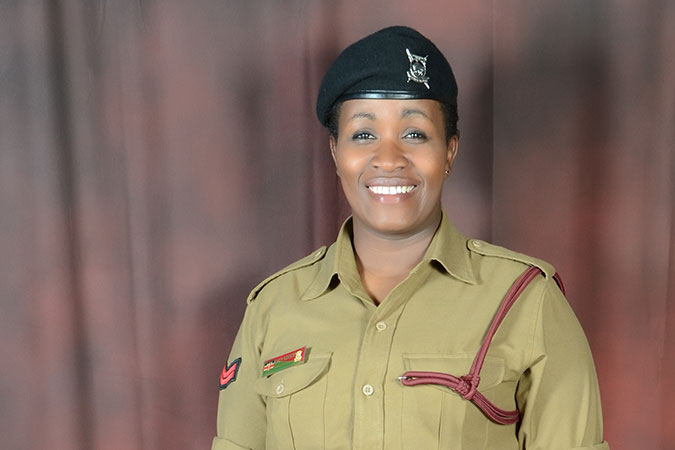 Where I come from, police officers are some of the most highly respected people, and becoming one brought pride to my family. However, being a female police officer in Kenya can pose challenges. Kenyan culture is part of the African old patriarchal system where women are not placed in places of power. In most cases men will feel degraded if I arrest them. Sometimes they even use sexual advances, thinking that’s what  I need to get them off the hook.

It is important that women are part of the police force because most people find women more understanding. Women have a unique way of policing that is generally based on communications.

I have been part of the Administration Police Headquarters for the last six years. In my tenure as the Secretary of the Kenya Association of Women in Policing, I have gained an immense interest in cases relating to sexual or gender-based violence. I am currently running a network of middle and junior management-level police officers and we push for cases they are handling to reach successful prosecution.”

Lucy Nduati is a 34-year-old single mother and a police officer from Nairobi. Over the course of her career, she has handled cases of sexual and gender-based violence and has been relentless in helping survivors obtain justice. In 2013, UN Women, with support from Kenya, helped launch the Kenya Association of Women in Policing and has been working to increase the presence of women in the police force. Nduati’s work is directly related to the recently adopted Sustainable Development Goals (SDGs). SDG 16 aims to promote peaceful and inclusive societies and build effective, accountable and inclusive institutions at all levels.

Related News
27/05/2021
UN Women Executive Director visits Mozambique, calls for women’s leadership in peacebuilding and ongoing humanitarian efforts, and bold commitments for the Generation Equality Forum
23/08/2016
From where I stand: Haidara Djeneba Sy
12/04/2016
Women police climb the ranks across Africa
07/12/2015
“The struggle is not over, so stay with it until we have been able to deliver”—Executive Director in DRC
29/01/2014
At African Union Summit, UN Women Executive Director to call for women’s full participation to accelerate peace and sustainable development
END_OF_DOCUMENT_TOKEN_TO_BE_REPLACED