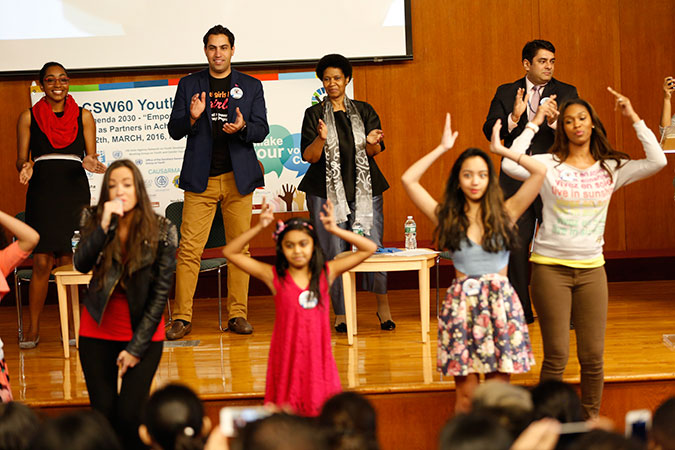 Youth artist and activist Tennille Amor performs the single “I am a Girl" from her debut album at the CSW60 Youth Forum on 11 March 2016. Photo: UN Women/Ryan Brown

Proving that young women and young men are a force to be reckoned with, participants in the first-ever Youth Forum at the Commission on the Status of Women (CSW) embraced their active engagement in the implementation of the 2030 Agenda and in CSW60, the single-largest intergovernmental gathering on women and girls.

The two-day forum, from 11–12 March—organized by UN Women, YWCA, the UN Inter-agency Network on Youth Development's Working Group on Youth and Gender Equality and partners—drew over 300 participants from across the globe who stressed that young people are in the driver's seat and they're ready to achieve gender equality. 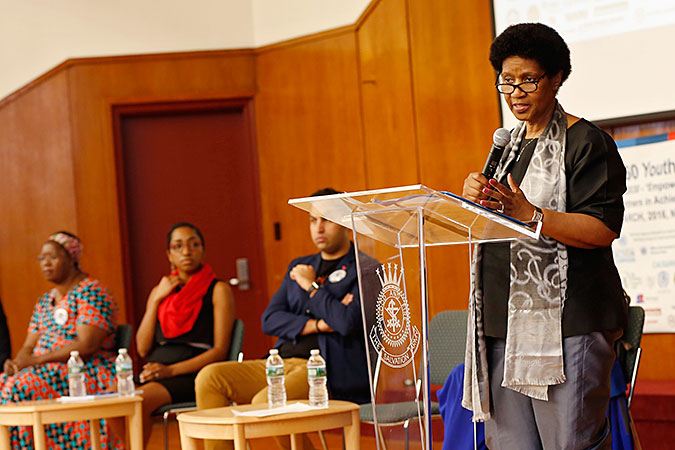 “This is a defining moment when women and youth make an alliance… with the potential to change the world,” said UN Women Executive Director Phumzile Mlambo-Ngcuka, in her opening remarks on the first day, as she launched UN Women’s Youth and Gender Equality Strategy. “We must make sure that we use this coming together as a fundamental shift in the way we do business in the UN and in the communities [where] we work.”

"The agenda for gender equality is for everyone, and it needs you"- ED @phumzileunwomen to youth at opening of #YouthCSWForum. #CSW60

Ms. Mlambo-Ngcuka echoed that today's youth, which the UN defines as people between 15 and 24 years of age, should not be dismissed as the leaders of tomorrow because they are already leading today.

One panel illustrated how young people bring a sense of urgency in making the Sustainable Development Goals (SDGs) a reality.

“We need to have a big leap to protect human rights and ensure gender equality,” said Ahmad Alhendawi, the UN Secretary-General's Special Envoy on Youth. “We are making some progress, but we are far from achieving gender equality. … We have more goals than years to achieve them… There's no space here for baby steps.” 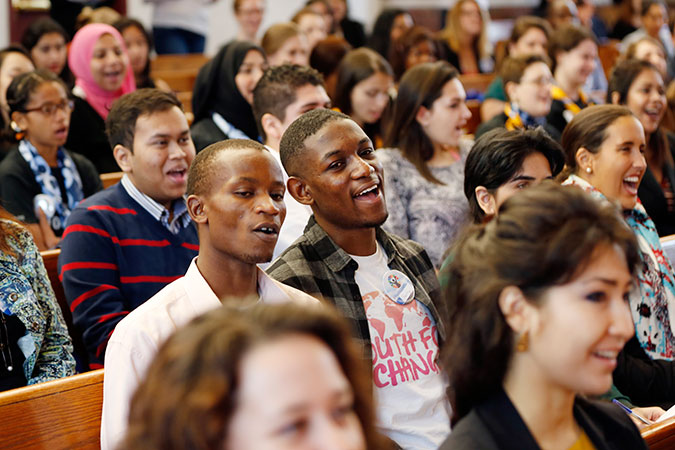 At the CSW60 youth forum, young men and young women from around the world came together to discuss how to achieve gender equality and promote dialogue. Photo: UN Women/Ryan Brown

Panelists focused on a holistic approach to achieving gender equality, underscoring that boys and men must be included in the dialogue. Youth participants also posed concerns in the language used to talk about gender, urging a shift in language to capture different identities, experiences and cultures.

“Everybody here has something engaging and critical to bring to the table. There was a lot of emphasis on inclusion—making sure we're taking into consideration minority voices, just looking beyond the binaries of sexuality and gender. Those types of issues are central to the work that we ought to be doing here because none of this makes sense; none of this is worth it if we are leaving these key voices out,” said 26-year-old participant Danielle Agyemang, of the National Endowment for Democracy. 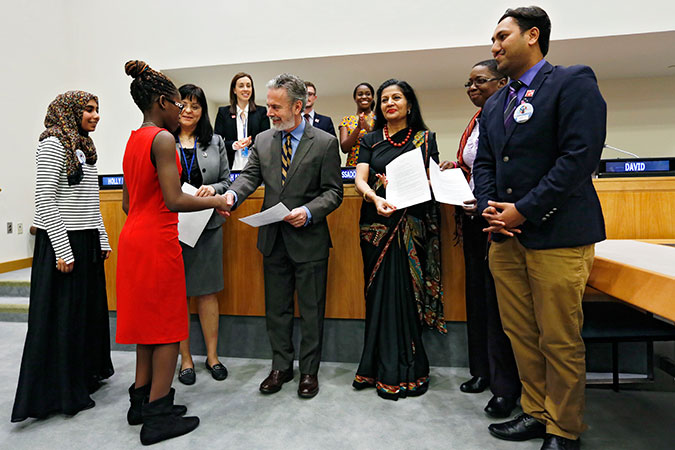 The key outcome of the two-day meeting was the development of a set of “Youth-Agreed Conclusions” for the implementation of the 2030 Agenda. At the end of the conference, the Conclusions were presented to the Chair of the Commission on the Status of Women.

For the first time ever, a youth representative also made a statement at the opening session of CSW60, on 14 March, highlighting the youth commitment to, and asks from, the 2030 Agenda. Vanessa Anyoti called on Member States to: incorporate the youth forum recommendations into the agreed conclusions during their deliberations; create opportunities and invest resources, political will and concrete support to young women and girls; ensure that all young women and girls have a voice and appropriate skills to enable them to make informed decisions; and commit to action to end all forms of violence against young women and girls and support survivors of violence. She also called upon all young men and boys to act to achieve gender equality.

“The SDGs are about our lives NOW and our collective tomorrow,” said Ms. Anyoti. “We stand with you in finding innovative and lasting solutions to achieve gender equality by 2030. HER-story was created now!”

Related News
17/03/2016
“Water and sanitation…is MDG unfinished business” — Executive Director
14/03/2016
“CSW60 is the first test of our resolve” — Executive Director
04/03/2014
Media advisory: UN’s Commission on the Status of Women to assess progress for the world’s women through the Millennium Development Goals
07/03/2013
Speech by Michelle Bachelet at the World Association of Girl Guides and Girl Scouts
26/03/2022
Speech: Agreement on action for a just, safe and sustainable planet
END_OF_DOCUMENT_TOKEN_TO_BE_REPLACED