Bringing women’s needs into policy response on drug use

Ahead of the International Day against Drug Use and Illicit Trafficking, a spotlight on how the issue affects women and on UN Women's related programmes.

While men make up most of those using or trafficking drugs, women are often the invisible participants and victims—one out of three drug users is a woman, and only one out of five drug users in treatment is a woman. [1] Women also face a greater risk of contracting HIV or other sexually transmitted diseases, are more vulnerable to exploitation and violence, have limited access to treatment, endure immense social stigma and often have the judicial system discredit their testimonies.[2]

Still, most national drug policies and planning focus on men.

Emphasizing the need to focus on women’s needs in strategies and policies to confront drug addiction, a side event to a UN General Assembly Special Session on the World Drug Problem in April featured a panel on “Drug Use and Women: Best Practices in the Design and Implementation of Programmes and Public Policies for Prevention and Treatment with a Gender Approach.”

Hosted by the Permanent Missions of Chile, Italy and Peru, it featured six panelists, including UN Women Programme Director Maria Noel Vaeza, who underscored the need to merge gender equality and empowerment when discussing the global drug problem.

“Women's involvement in drug use and the drug trade reflects the decreased economic opportunities and the lower political status of women,” she said. “They [women] are often responsible for mitigating the associated risks for themselves and for their families, because most of what they do is unpaid care work for their families when they are involved in drug abuse and drug rehabilitation. They are forced to carry the double or triple burden of care when families break apart—and community life deteriorates.”

When discussing the barriers for women to access treatment, Italian Justice Minister Andrea Orlando noted that prisons should provide women with adequate health services and counselling, access to voluntary HIV/AIDS testing and support, as well as rehabilitation and social reintegration services. “At every stage of the development, implementation, monitoring and evaluation of drug programmes and policies, women must be involved to prevent and counter discrimination against female drug users and their children,” he said. 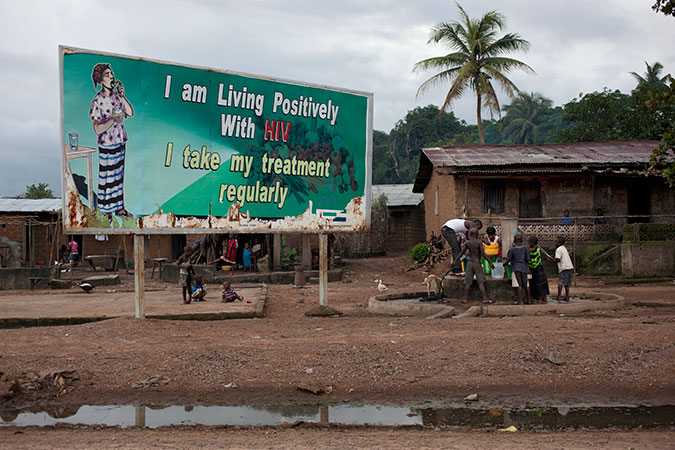 HIV prevalence is higher among women who inject drugs in several African countries, even though men are two to three times more likely to inject drugs. Despite this, women have less access to treatment than men—a trend common across all countries. [3]

In Tanzania, UN Women has worked with Mukikute, a national network of organizations of women living with HIV/AIDS and Tuberculosis, on improving access to harm-reduction services to diminish the impacts of drug use. The work is focused on improving dialogue at the district level to include women drug users and HIV/AIDS gender perspectives and priorities in HIV/AIDS District Plans, strategies and budgets. UN Women also provided financial and technical support to organizations working to assist women drug users.

UN Women supports greater coordination and strategic planning among women living with HIV and harm-reduction organizations in Eastern Europe and Central Asia. UN Women has helped representatives of national networks of women living with HIV, including women who use drugs from 11 countries, to establish a Eurasian Women’s Network on AIDS and to define its overall mission and three-year work plan. Most recently, the network rolled-out a regional campaign to end gender-based violence that women living with HIV and women drug users face.

In Indonesia, UN Women was involved in reviewing the country’s national AIDS strategy, which entailed organizing a Gender Forum with diverse groups—including women living with HIV and women injecting-drug-users, among others—that honed in on gender equality and increasing participation in decision-making on HIV. The Forum exerted a strong influence on the Government’s national strategy, which makes gender equality a key principle of all HIV programmes and budgets and specifies scaled-up outreach to overlooked groups of women who inject drugs.

Speaking at another side event during the Special Session on Drugs in April, UN Women Deputy Executive Director Lakshmi Puri noted that UN Women will work with the UN Task Force on Transnational Organized Crime and Drug Trafficking as Threats to Security and Stability to bring women’s needs into world drug policy.

“Much more work needs to be done to ensure that all drug policies, everywhere, are indeed gender-responsive, so that they actively contribute to the elimination of discrimination against women and girls and to the full enjoyment by women and girls of all their human rights,” she concluded.