The digital platform "City 50-50: All for Equality", available at www.cidade5050.org.br, aims to encourage debate on equal rights between women and men in local elections this year.  The platform is a place where candidates can make commitments to gender equality and voters can get information to help them define their vote. It arises from the understanding that a society can only be called democratic when there is equal participation between women and men. 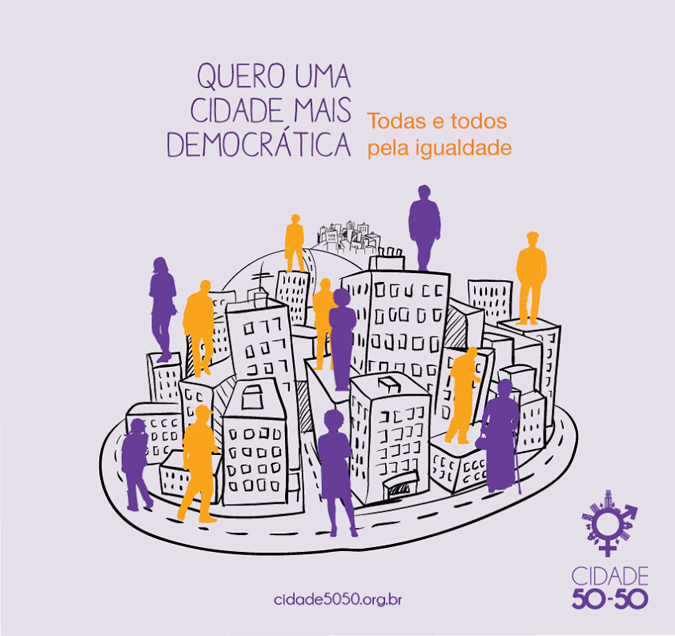 The project was developed through a partnership between UN Women Brazil, the Supreme Electoral Court (TSE), the Patrícia Galvão Institute and the Research Group on Democracy and Inequality at the University of Brasilia (Demodê/UnB). It has institutional support of Congress in Focus, #MeRepresenta, In Press Group.

Candidates of the 5,568 Brazilian municipalities, which already have registered their candidatures with the TSE can register and make public commitments to promote women's rights during the election campaign. Voters, in turn, will be able to identify their candidates’ proposals for this topic, and afterwards make the elected accountable.

The Minister of the Superior Electoral Court, Luciana Lossio, highlighted some measures already taken to ensure women's political empowerment: "We had a major trial at the Superior Electoral Court that buoyed the condemnation to all political parties that do not comply with the 10 per cent allocation of radio and TV space to encourage women´s participation. Now we are joining in a partnership with UN Women, to seek a solution to this problem of the Brazilian Electoral Politics."

To read the full story, visit the UN Women regional website for Latin America and the Caribbean

Related News
13/07/2021
Press release: UN Women presents ‘A Force for Change’, an art exhibition and auction featuring work by 26 Black women artists, benefitting Black women
27/02/2019
Ask a Senator: How does Bolivia have such a high representation of women in politics, and why is it important to include women’s voices in politics?
14/11/2018
Across Latin America, women fight back against violence in politics
03/04/2018
In the words of Lilian Soto: “The presence of diverse women in politics generates different kinds of public policies”
06/08/2016
“We are carrying the torch for women and girls all over the world” – Executive Director
END_OF_DOCUMENT_TOKEN_TO_BE_REPLACED