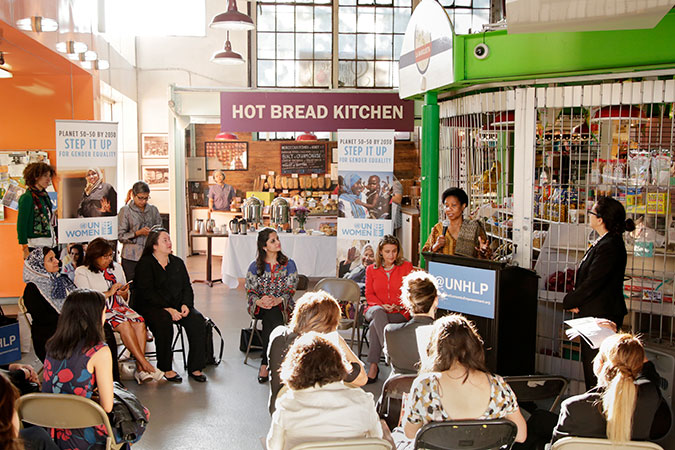 After presenting the High-Level Panel on Women’s Economic Empowerment report to the UN Secretary-General Ban Ki-moon and UN Member States during the 71st session of the UN General Assembly, UN Women and the City of New York took the conversation to La Marqueta marketplace in East Harlem, New York on Friday, 23 September. A discussion on the findings of the report ensued with members of the High-Level Panel, representatives of women’s organizations and women entrepreneurs, for whom the recommendations of the report have real consequences in their everyday life and livelihood.

“Markets are institutions known to any country on earth. Marketplaces are women's places. Often, places where women go to fulfill our leadership roles in managing our families, where we gather together for commerce, to share the news and often to organize and take actions around the community,” said Azadeh Khalili, Executive Director of the New York City Commission on Gender Equality. “La Marqueta market is a shining example of what happens when the government listens to the community and creates spaces where women entrepreneurs can flourish. This report is relevant for New York City and its neighborhoods, as it is for Nairobi, Lahore, Sao Paulo or any other big or small city around the world. The Panel’s findings and recommendations resonates to all of us,” Khalili added. 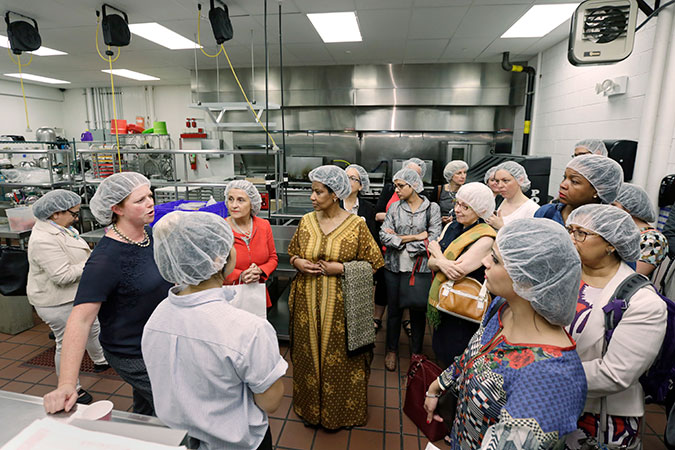 Participants took a brief tour of the facilities of Hot Bread Kitchen located in La Marqueta Marketplace and supported by the City of New York. Photo: UN Women/Ryan Brown

The High-Level Panel, which brings together governments, civil society and international organizations, businesses, trade unions and academics, focuses strongly on a bottom-up approach to women’s economic empowerment. Its first report, issued last week, puts the lives of women working in the informal sector, domestic workers and women’s unpaid work and care at the heart of the economic empowerment agenda. 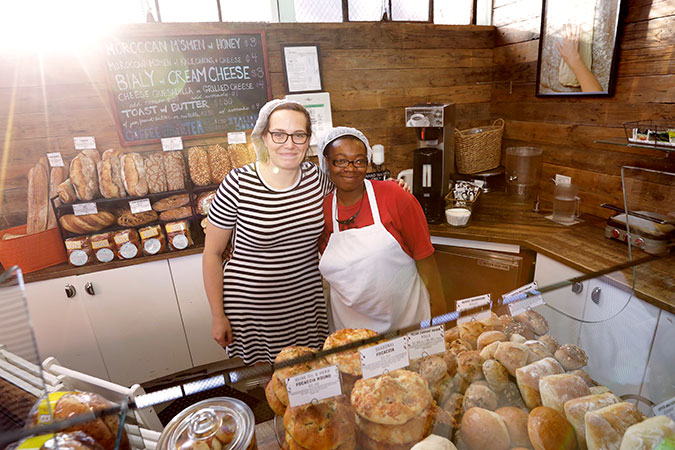 “We believe that economic empowerment will have game changing impact on society and the world when we empower the women who are right at the bottom, as well as women who are in the board rooms. We need to do it both ways so that women who are on the boards, trying to change things, find a real constituency—whether it is women in the informal sector and small businesses, or women entrepreneurs who are looking for an idea,” said UN Women Executive Director Phumzile Mlambo-Ngcuka. 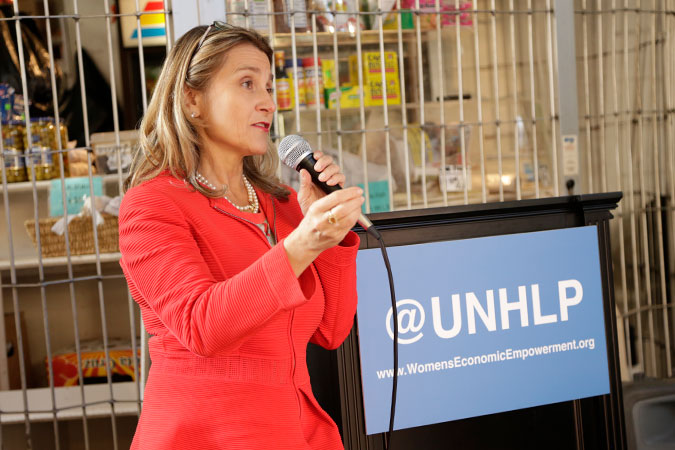 Also present at the event were some members of the High-Level Panel, including Simona Scarpaleggia, CEO of IKEA Switzerland and Fiza Farhan, CEO of the Buksh Foundation and Buksh Energy Private Limited, Elizabeth Vazquez, CEO and Co-Founder of WEConnect International, Alicia Girón, Professor and Researcher of the Economic Research Institute UNAM and Sheikha Lubna bint Khalid bin Sultan Al Qasimi, United Arab Emirates Minister of State for Tolerance, who shared with attendees and women entrepreneurs, personal stories and professional advice. 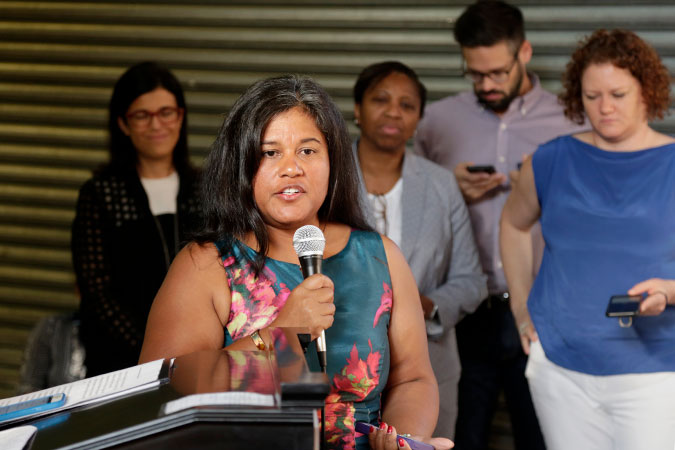 Nani Noverita speaks to the HLP members about her challenges and successes in the male-dominated construction industry. Photo: UN Women/Ryan Brown

“It is always good when you have an opportunity to collaborate. You might find another woman who has a business, and maybe combining the two can bring an added value,” suggested Sheikha Lubna bint Khalid bin Sultan Al Qasimi.

The event concluded with a brief tour of the facilities of Hot Bread Kitchen located in La Marqueta Marketplace and supported by the City of New York, which provides an intensive, paid-on-the-job programme for women facing economic insecurity, including training in bakery, food manufacturing, English as a second language and basic math and science. 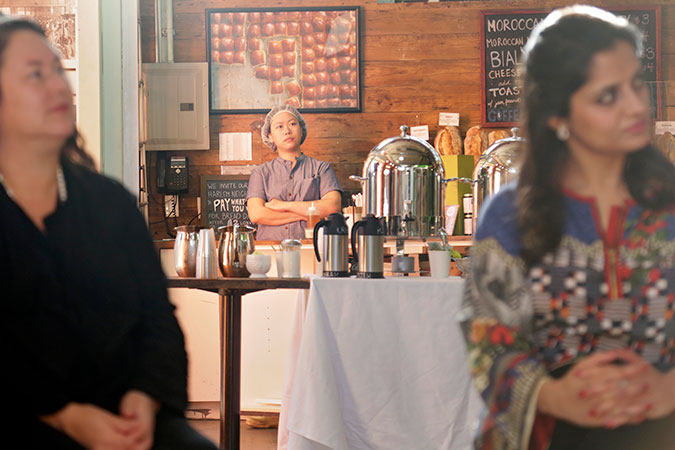