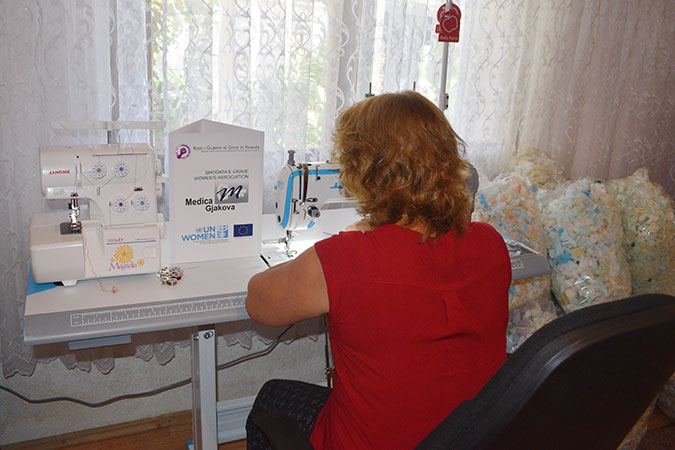 A survivor of conflict-related sexual violence in Kosovo works on pillow production, after receiving a micro-grant. Photo: Dorina Babuni

After almost two decades of silence and stigma, Kosovo [1] women survivors of sexual violence during the armed conflict of 1998 – 1999 will soon get legal recognition and reparations, including financial assistance.

Systematic sexual violence against women and girls was a mainstay in the conflict that broke out between ethnic Albanians and Serbian forces in Kosovo, which used to be a province under Serbia. Two decades later, comprehensive efforts are being made by the Government, together with civil society and survivors, to implement full and comprehensive reparations programmes for thousands of women survivors of conflict-related sexual violence.

Vera Nako* from Pristina, capital city of Kosovo, is one of these women. She was pregnant with a child when she was raped during the war. "I have never talked about my rape, I’ve kept it to myself until now... I stayed at home all the time, so nobody would see me. Many times, I wanted to jump from the building to get over what happened to me," shares Nako.

Till today, she suffers from the trauma. "I have never been able to give my children the love they’ve deserved," she adds.

Since 2006, UN Women has been working with civil society organizations and Kosovan authorities to get legal recognition and redress for survivors of conflict-related sexual violence in Kosovo. The collective efforts resulted in the Kosovo Assembly approving the law in March 2014, which gave legal recognition to survivors of sexual violence during Kosovo’s armed conflict. This was followed by UN Women supporting the establishment of the Government Commission to Recognize and Verify Survivors of Sexual Violence During the Kosovo War.

In September 2017, in a key step forward, the Government of Kosovo allocated a budget for the process of recognizing and verifying the status of survivors of war-time sexual violence, who until recently had no legal recognition or rights. The new decision identifies and gives survivors the official status as civilian victims of war, making them eligible for reparations, including financial assistance in the form of monthly pensions.

“Recognition of the status of the victim and other procedures [by the Government] will be prioritized, respecting the legal and procedural deadlines, and taking into account the personal, psychological and emotional circumstances of survivors,” explains Minire Begaj Balaj, Chairperson of the Government Commission.

For Viki Jani,* from the town of Fushe Kosove, located in the central part of the country, the stigma of rape also brought severe economic hardships. She’s been raising her daughters on her own and paying for their education with her mother's monthly pension of 75 euros.

"Like many other women in Kosovo, I was raped,” says Jani. “My husband abandoned me. He didn’t want to have a wife that people would point fingers to and say, ‘your wife was raped.’ So, I'm raising my daughters on my own now.”

She is hopeful that with the financial aid that comes with the reparations, she can provide for her daughters’ education. 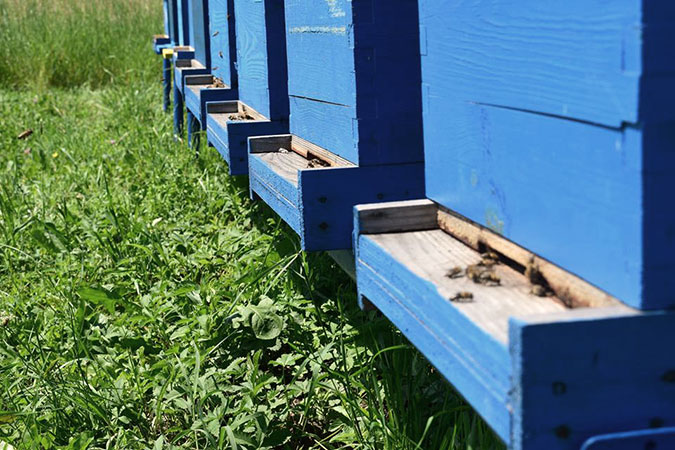 UN Women, with support from the European Union, is now undertaking a new initiative to ensure that transitional justice in Kosovo fully responds to women’s human rights violations and addresses the needs and priorities expressed by survivors.

“It has been a long way to get here,” concludes Linda Kela* from the Drenica region of the central Kosovo, who was raped in 1999, along with 20 other women from her village.

"It was a short war, but for us, it was very long... I fell ill and I’ve been on medication for anxiety for three years after the war…Until recently, I was scared to go out alone and I would faint as soon as I saw uniforms,” says Kela.

Kela, along with Nako and Jani, is one of the 100 beneficiaries of UN Women’s micro-grants and psychosocial support, implemented in partnership with Kosovo Women’s Network, as part of the EU funded project, titled Gender Sensitive Transitional Justice. With the grant, she has built a greenhouse to grow and sell vegetables. After 18 years, she has finally found some semblance of peace. Like Jani, her primary goal is to be able to afford quality education of her children.

The micro-grants, totaling USD 235,000 to date, has helped kickstart over 100 women-led initiatives across Kosovo.

*The names of the survivors in this story have been changed to protect their identities.

Related News
17/03/2016
Reparations soon for conflict-related sexual violence survivors in Kosovo*
18/10/2019
My take, your take: Women’s rights in Kosovo, then and now
11/06/2019
Take five: “Impunity is not acceptable”
19/10/2018
Sepur Zarco case: The Guatemalan women who rose for justice in a war-torn nation
27/10/2017
Take five: Uncovering the untold stories of sexual and gender-based violence in conflict
END_OF_DOCUMENT_TOKEN_TO_BE_REPLACED