Kosovo begins implementation of the law that gives legal recognition to civilian survivors of the armed conflict and allows them to claim survivor benefits.

On 30 December, Kosovan authorities approved a new regulation that will allow survivors of conflict-related sexual violence to be identified and given official status as civilian victims of war eligible for survivor benefits that include a monthly pension. 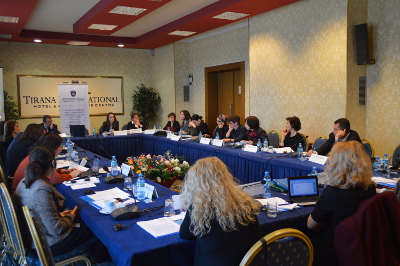 The regulation begins the implementation of the Kosovo Assembly’s Law No. 04/L-172, approved in March 2014, which gives legal recognition to survivors of sexual violence during the conflict in Kosovo.

Survivors of sexual violence during the Kosovo conflict, which ended in 1999, welcomed the regulation but asked for comprehensive support to fight the stigma and culture of shame and silence that continues to surround the issue.

“Survivors are happy at the approval of this regulation that guarantees their rights, dignity and integration into all aspects of life,” said Mirlinda Sada, Executive Director of Medica Gjakova, an NGO that works with survivors. “A lot more work needs to be done to empower survivors, though. Women say they need comprehensive psychosocial, medical, legal and economic support.”

UN Women has worked with civil society organizations and Kosovan authorities since 2006 to get legal recognition for survivors of conflict-related sexual violence in Kosovo. It actively participated in Kosovo’s National Council on the Survivors of Sexual Violence – a Government body established by the President – and provided technical support to draft and adopt the legislation.