In this new intergenerational series for the Generation Equality campaign, young people take the lead to shape the conversations. Marigona Shabiu, a 26-year-old human rights activist from Kosovo, is talking with Igballe Rogova, 58, whose women’s rights activism spans three decades. 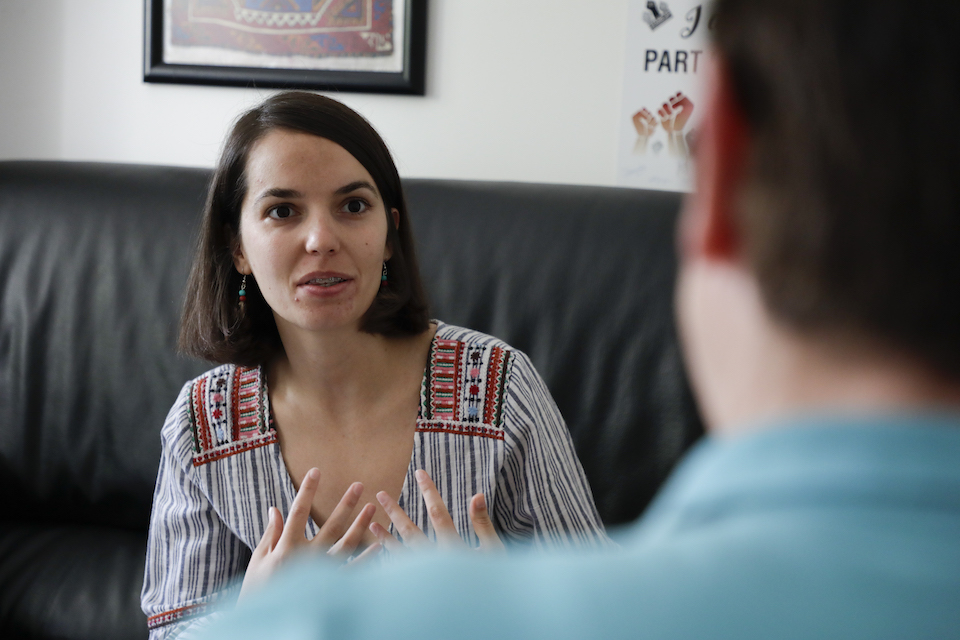 Marigona Shabiu from Kosovo* was one year old in 1995, when the Beijing Declaration and Platform for Action was adopted. Twenty-five years later, she feels that the Beijing Platform for Action still remains relevant and an inspiration for her generation. While there has been a lot of progress, especially national laws that guarantee gender equality, women still do not enjoy their full rights and freedoms.

“Although the law in Kosovo obliges all public institutions to ensure equal gender representation (50 per cent), including in leadership positions, women’s political representation is still dependent on gender quotas, and women are still not being included enough in decision-making processes,” explains Shabiu. She says the most urgent concern for young women in Kosovo is the threat of domestic violence: “Their agency as women, and their right to be treated with dignity and to speak for themselves, is undermined by men in their families as well as by men in public spaces.”

Marigona first saw the activist Igballe Rogova (she calls her Igo) on television, at the forefront of protests and mobilization for women’s rights in Kosovo, and admires her. “Igo said that only by working together, women and men, we can make gender equality a reality, and I fully agree with that.” 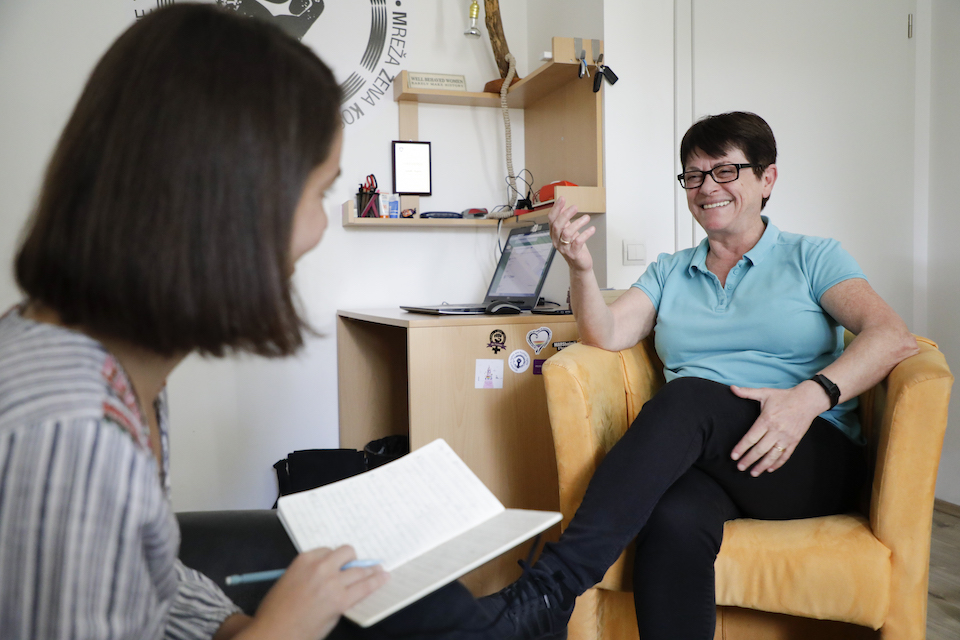 QUESTION 1: When and why did you become an activist?

Igballe Rogova: It all started in the early 1990s with the need to help people. Me and my sister started helping people in Kodra e Trimave, a neighborhood, not far from Pristina. Many women there didn’t know how to read and write. We started the first literacy courses, and later the programme expanded to empowering women.

QUESTION 2: What has been the biggest change for women in Kosovo* since the Beijing Platform for Action was adopted?

Igballe Rogova: The Beijing Platform for Action [led to] many other international mechanisms, including the UN Security Council resolution 1325. We are coming close to 20 years since this resolution was adopted by the Security Council. Before that, there was all this push from women globally, including in Beijing, [when the Beijing Declaration was being negotiated] to have this international mechanism that would bring women to peace tables, bring UN [peacekeeping] missions to post-conflict countries to work with women’s organizations.

If you look back at how things were at the time of adoption of the Beijing Platform for Action and where we are now, there is a huge movement, lot of progress. There is still a lack of women at peace negotiation tables, but we are getting there too.

I remember in 1999 in Kosovo, many women did not accept the word “feminist”. They thought that if you were a feminist you were against men. When they saw that it was not about fighting men, it was about asking for equality for both men and women, things started changing.

You cannot change the lives of women if you work only with women.

QUESTION 3: What hasn’t changed yet for women? Where do we go from here?

Igballe Rogova: We still do not see women as part of the peace negotiation table globally, and that is a huge challenge. If leaders of countries, together with the international community, realized the importance of women and what they can bring to the negotiation table, every peace negotiation would go smoothly. When women are involved, the main topics cover the real situation of people and their well-being.

The old generation of leaders in Kosovo need to make space for the young generation of politicians. We have incredible young women and men in politics who believe in gender quality, and we have to give them space. Globally we are seeing [a rise of] conservative powers, which do not support women in leading positions. You can see real changes in the world when you have an equal number of women and men in leading positions.