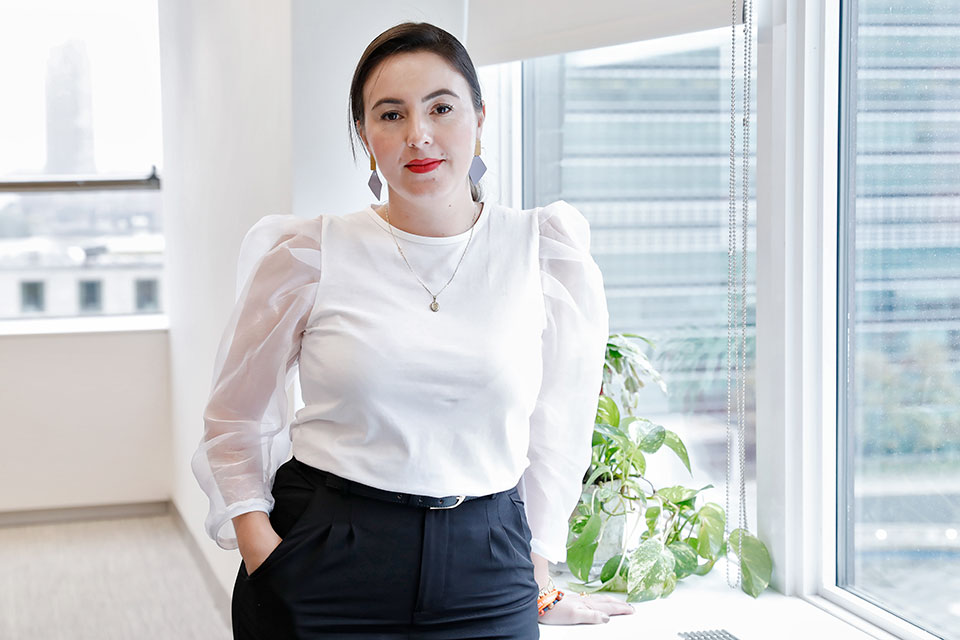 In Cauca, Colombia, there’s a lot of machismo. This has created big gaps between men and women. I have always been critical of the idea that women’s role is at home, not in public policy. Public policy shapes decisions that affect both men and women, and it’s important to have women’s voices reflected, so that we don’t continue building a society from a male perspective.

Three things you can do to become part of Generation Equality, according to Francy:

When I was growing up, my social activities were very restricted. My father always asked what time I’m coming home, and [he believed] that women should come home early. One of my sisters was murdered by FARC. This was also why my father became overprotective of me.

All of this inspired me to get involved in gender issues. When I finished university, I started a foundation for the prevention of violence against women.

Today, Colombian women are protagonists, and they want political parity. The law seeks only 30 per cent representation of women in political positions, instead of 50 per cent.

We want our cities and territories safe, where we can talk, walk, move around safely. We want the peace agreement implemented fully.

But there are challenges… There are no defined resources for the implementation of the peace agreement. Violence against women is one of the biggest challenges right now. The peace agreement promoted women’s participation, but [in rural areas] their husbands don’t want them to participate.

“We want our cities and territories safe.”

There are some groups of women more vulnerable than others—for instance, women who had taken up arms during the conflict. There’s a lot of stigma against them, and they face threats from armed groups. The women’s movement and the LGBTQ movement worked hand in hand for the peace agreement, but LGBTQ people are also stigmatized.

Everyone should be a women’s rights activist

Peace in Colombia would mean that we start building a society that knows how to resolve conflicts peacefully, a society with less inequality, and where one day we can all have equal rights.

Education is fundamental for building a different society. This needs to start from our homes and in the education system, to educate men and boys differently. Historically, only men have enjoyed the right to participate in public spaces; they have been taught to be the provider and denied the right to feel or to cry. Maybe that’s why some of them are so violent.

If we all work for women’s rights, we will achieve greater equality, and one day these relationships will become equal.

Francy L. Jaramillo Piedrahita is a human rights defender with over a decade of experience working on women’s rights, LGBTQ issues and peacebuilding in Colombia. She has been leading the localization of the implementation of UN Security Council resolution 1325 and the peace agreement between the Government and the FARC in Cauca, Colombia.

Related News
30/10/2018
Take five: “A successful peace process simply demands the active and meaningful participation of women at all levels”
10/01/2018
From where I stand: Afro-descendent women of Colombia rise for justice
17/12/2015
Joint Statement by Phumzile Mlambo-Ngcuka and Zainab Hawa Bangura on the signing on 15 December 2015 of the agreement on conflict victims between the Government of Colombia and FARC-EP
14/11/2012
Planting the seeds of healing: moving from words to actions to restore the rights of female survivors in Colombia
17/08/2020
From where I stand: “Together, we are building peace and equal rights in our territories”
END_OF_DOCUMENT_TOKEN_TO_BE_REPLACED