In Georgia, businesses step up to support survivors of domestic violence get a fresh start

Every eleventh woman in Georgia has experienced domestic violence. Many of them cannot leave abusive relationships due to financial dependency. The Adjara Group, a signatory of the Women’s Empowerment Principles, an initiative by UN Women and the UN Global Compact, is recruiting survivors and raising awareness to prevent domestic violence within communities. 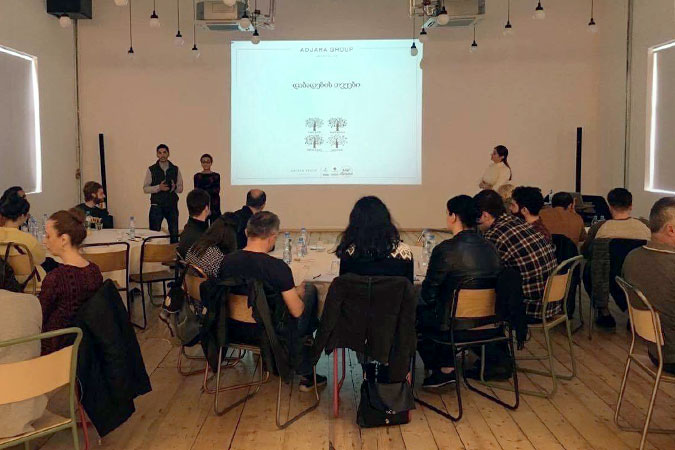 Five months ago, when Lika Goguadze returned to work, it was the first time in four years. Goguadze is 37 years old and lives in Tbilisi, the capital of Georgia. After finally divorcing her abusive husband, freedom came with financial stress and emotional scars.

“I have not had any job since I got married; my husband forbade me to work…Without a job, it would have been very hard for me.”

Based on national research, every eleventh woman in Georgia has experienced domestic violence. In 2017, more than 3,000 protection orders were issued in response to domestic violence reports.

Goguadze was referred by her psychologist to the women’s employment association, Amagdari, a long-standing partner of UN Women, which assists survivors of domestic violence to get back on their feet. Before long, she received a call from the Adjara Group for an interview. She was hired within a day.

“I have not had any job since I got married; my husband forbade me to work,” explains Goguadze. Being able to earn a decent income and having a productive routine every day has helped her immensely. “It took some time to get accustomed to the routine, but it matters a lot how the people accept you. They [Adjara Group] created such a good environment and gave me such a warm welcome that I felt at home. Without a job, it would have been very hard for me”, she adds.

“We started the plan because we were very motivated to support women who have taken this significant step to leave abusive situations...We need each and every one of them…not only do we want them to feel empowered, but they are also role models for empowering other women who are working with us.”

The Adjara Group is a rapidly growing company in the hotel industry in Georgia and a signatory of the Women’s Empowerment Principles—a joint initiative of UN Women and UN Global Compact, which places gender equality at the heart of good business practices. As part of their commitment to the Women’s Empowerment Principles and corporate social responsibility, the Adjara Group has started a new initiative this year to employ women survivors of domestic violence, who often struggle to find jobs following their experience of trauma and isolation. Their one-year action plan, which was created in 2016 with the support of UN Women and the local civil society organization Civil Development Agency (CiDA), combines various efforts for supporting women who are survivors of domestic violence, including through employment.

“We started the plan because we were very motivated to support women who have taken this significant step to leave abusive situations. We reached out to the beneficiaries with the support of Amagdari and selected three survivors of violence this year,” explains Valeri Chekheria, Director of the Adjara Group and a representative of the Georgian Network of UN Global Compact. “We need each and every one of them…not only do we want them to feel empowered, but they are also role models for empowering other women who are working with us.”

Equipping women with vocational skills that match the labour market and access to decent employment is crucial for survivors of domestic violence, so that they can start over and be financially independent. Without employment, many survivors find it impossible to leave abusive situations, or may even return to their perpetrators. In Georgia, 7.6 per cent of survivors said they had not left their abusive partners because they could not support their children independently and 4.4 per cent reported having returned to an abusive partner for the same reason. Employers can play a vital role by rejecting stigma and creating opportunities for survivors to join paid work. 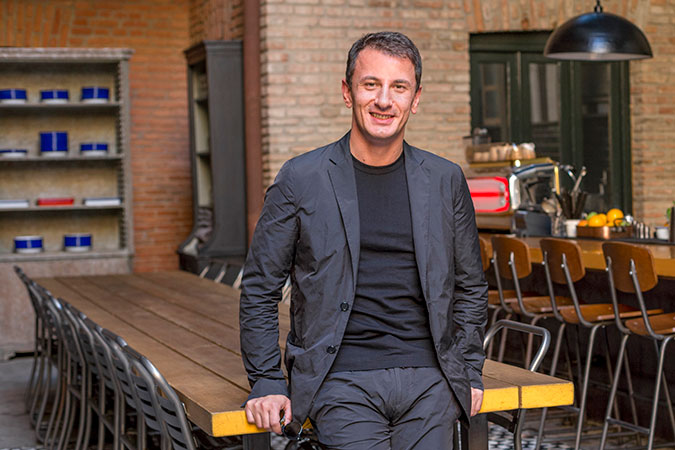 Valeri Chekheria, Director of the Adjara Group and a representative of the Georgian Network of UN Global Compact. Photo courtesy of Adjara Group

The employment initiative started by the Adjara Group has also been good for its business. “This pilot programme was a big success. I am proud to say that the entire team became more socially responsible. We have up to 2,000 employees. Some of them might not have given any regard to this topic before, but they have started to think about this issue. Overall, gender sensitivity of our workforce has risen a lot. With an openly supportive management, our female employees—43 per cent of our workforce—feel more secure; they know for sure that the company will support them and stand by their side,” adds Chekheria.

“The Private sector can be a significant accelerator of women’s economic empowerment. By promoting Women’s Empowerment Principles in Georgia, we have seen how private sector partners can empower women, including those who are at risk to be left behind, due to lack of skills, job opportunities, limited mobility, disability and violence,” said Erika Kvapilova, UN Women Country Representative.

For the Adjara Group, the employment initiative is just the beginning of influencing change in attitudes about domestic violence and equipping women with a full set of options to overcome the challenges. The company intends to hold career advancement and vocational trainings for women, and together with local partners, outreach to young people to prevent gender-based violence.

Related News
From where I stand: “I had minimized my interactions with men since I was eighteen to avoid rape”
Wartime sexual violence survivors lead businesses and fight stigma
Tackling Gender Inequality on Multiple Fronts: An Agenda for Women and Girls for the Decade
Executive Director of UN Women to Focus on Central Role of Women in Democracy on First Official Visit to Tunisia
UN Women Executive Director Michelle Bachelet visits Peru
END_OF_DOCUMENT_TOKEN_TO_BE_REPLACED