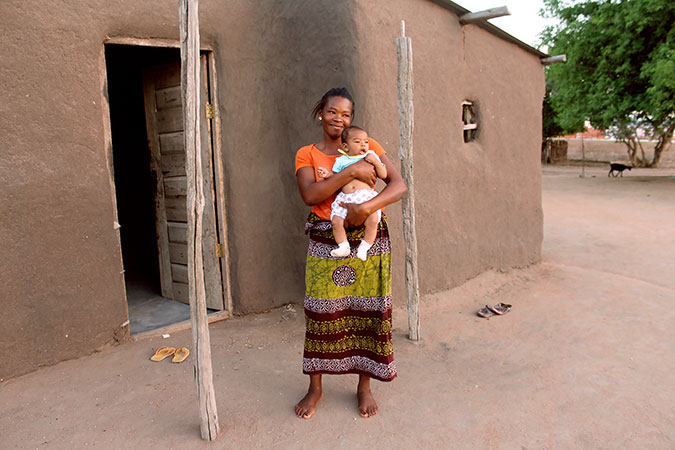 More than 2 million people across Mozambique, especially in the southern and central regions, have been affected by severe drought since 2015. The prolonged crisis has exhausted household food stock, disrupted lives and livelihood. For Mozambican women and girls, who are primarily responsible for managing food and water for their families, the drought has also meant increased work burden and earlier marriages, leading to lost childhood, education and opportunities.

“After all that I have gone through in my life, I took it upon myself to become an activist in my community and raise awareness of other girls about the need to go to school and defend themselves against child marriage and gender-based violence”

“My wish is to be able to influence other girls so that they don’t drop out of school,” shared Guelsa Chivodze, who was married off at 17 years of age. For years, she took care of the household and endured physical and financial abuse.

My husband refused to allow me to go to night school because he thought I would meet boyfriends there... After all that I have gone through in my life, I took it upon myself to become an activist in my community and raise awareness of other girls about the need to go to school and defend themselves against child marriage and gender-based violence,” adds Chivodze.

For Chivodze, the chance for a new beginning came after her husband was convicted of criminal offences. Today, at 30 years of age, she has gone back to school. She studies at the Guiljá Secondary School in the Chinhacanine village in Gaza, a southern province of Mozambique, where UN Women has supported efforts that mobilized students, teachers and parents’ associations to end violence against women and girls. She aspires to become a nurse, and help survivors of gender-based violence. 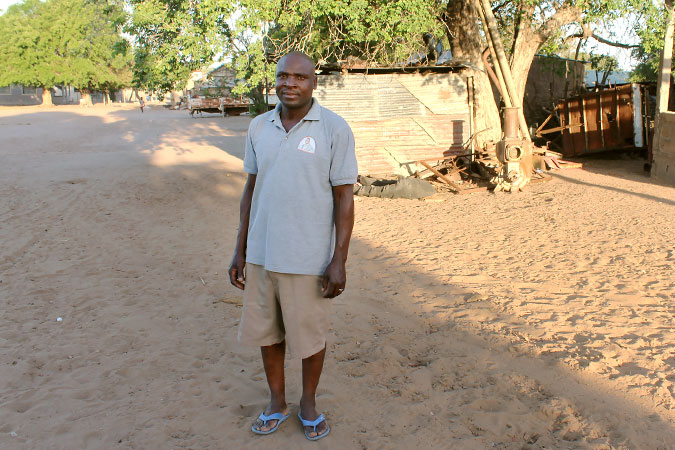 Chivodze’s older brother, Helónio Chivoze, is her hero. He provides financial support for Chivodze and her two boys, and encourages her to complete her education and become self-reliant. “My dream is to have Guelsa become a professional, and stop looking for marriage to sustain her family,” he says. But the drought is making it difficult to meet all the expenses: “I used to farm 2015 cattle before. But since the drought, I am left with only 37 cattle and I lost 12 hectares of crop,” he says.

“My dream is to have Guelsa become a professional, and stop looking for marriage to sustain her family”

Glória Mabunda’s life was similarly impacted. A survivor of violence from Chinhacainine village, Guijá District, Gaza Province, Mozambique (southern region of Mozambique), she was forced to leave school in grade seven because she was pregnant.

“In my community, men seldom let their women go to school for fear of women’s empowerment and change in the power relations,” said Mabunda, who now empowers girls and young women in her community. 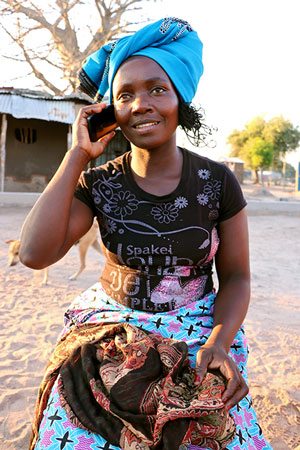 Glória Mabunda was forced to leave school when she became pregnant. Now at age 34, after divorcing her husband, she's taking a second chance at getting an education. Photo: UN Women/Bonaventura Veja

“When they marry a young woman, it is a lifetime of deprivation and abject poverty [for the girl/woman] from the very onset of marriage. Physical and financial violence is the following stage,” she added.

“It is essential that we understand the relationships between the effects of climate change and the persistence of violence against women, including through harmful socio-cultural practices such as child marriage. Integrating these gender issues in our disaster and humanitarian response is about doing our job right,” stressed Ondina da Barca Vieira, UN Women Programme Specialist in Mozambique.

Mabunda and Chivodze are among the lucky few who got a second chance at education and opportunities, after early marriages.

At age 34, Mabunda finally divorced her husband because he wouldn’t allow her to complete her studies. She took over her mother’s poultry farm in 2016, after attending a UN Women-supported training delivered by the Mozambican Institute for Agrarian Research, which taught poultry farming management techniques to rural women. “I want to grow my poultry farming business, be a role model and help other young women and girls in my community empower themselves,” she says.

In 2014, with support from the Government of Belgium, UN Women implemented the project, “Expanding Women’s Role in Agricultural Production and Natural Resource Management,” to combat climate change and improve food security in Mozambique. The project empowered rural women, as well as men, but by providing training and agricultural benefits to women, it challenged the pervasive gender stereotypes that denied women equal opportunities.

As Inês Zitha, a community animal health worker based in Djavanhane, in the district of Guijá, Gaza, explains, women were not expected to work with cattle; it was perceived as a man’s job. In a region where livestock is one of the most valuable assets, it’s an important job.

“They said that women should not get into cattle stables… if a woman entered a stable during her menstrual cycle, it would reduce the livestock’s productivity. After attending the trainings and awareness sessions supported by UN Women, I realized that it was a power relations issue,” says Zitha.

With the revenue from her business, Zitha can now pay for her daughter to attend school, and has started building her own house to replace the one destroyed by a cyclone. She is among 200 rural women from the southern province of Gaza, who directly benefited from the project.

In the course of three years, the project has resulted in more women securing land tenure rights, civil registration and licenses for their businesses. As empowered, economically resilient women, they are setting better examples for girls and women in their communities and showing that early marriage is not the only way out.

Related News
17/06/2022
From where I stand: “I see positive change through the power of women’s organizations and adolescent peer groups in our community.”
27/05/2021
UN Women Executive Director visits Mozambique, calls for women’s leadership in peacebuilding and ongoing humanitarian efforts, and bold commitments for the Generation Equality Forum
20/05/2021
I am Generation Equality: Martha Clara Nakato, advocate for bodily autonomy and sexual and reproductive health rights in Uganda
17/06/2019
UN Women Executive Director calls for action to end female genital mutilation and child marriage in an event in Senegal
05/03/2019
Safe spaces for women, by women, bring smart infrastructure for all
END_OF_DOCUMENT_TOKEN_TO_BE_REPLACED