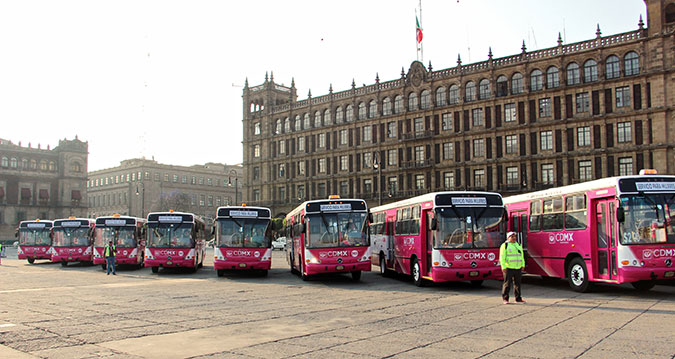 In Mexico City, women only buses known as ‘Atenea buses’ are one part of a comprehensive programme to prevent and respond to sexual violence against women and girls in public spaces. Photo: UN Women/Juan Luis Cedeñoy

Sexual and gender-based violence in public spaces is never acceptable. Yet across the world girls and women are daily subjected to it – from harassment and comments, to stalking and assault. Their experiences on public transport and city streets are so frequent that the sense of unsafety is almost normalized.

Across the globe women are challenging city authorities to pay attention and respond. For example, in Mexico City, where 9 out of 10 women have reported experiencing some form of sexual violence on their commute, UN Women teamed up with government officials to launch “The Seat Experiment,” featuring the hashtag #It’sNotManly (#NoEsDeHombres) and aiming to promote a more respectful form of male behaviour.

In a two-part social experiment made into videos, they installed on public trains special seats labeled “for men only” that were moulded into the shape of a male torso -with a penis. Plaques beside the seats read: “It’s uncomfortable to sit here, but it doesn’t compare with the sexual violence that women suffer in their everyday lives.” Additionally, in “Experimento Pantallas” commuters react to role reversal, where close up images of the buttocks of male passengers on screens disconcert and amuse. In the second part of the campaign posters in different public spaces provided information on the possible sanctions for sexual violence .

With these norm-challenging interventions, the call is for public focus and action on the negative experience for many women in their daily commutes, which is similarly high in different parts of the world. A survey of university students in Kathmandu, Nepal, found that 97 per cent of those using public transportation had experienced some form of sexual harassment. A 2007 survey of New York City subway users found that 63 per cent reported being sexually harassed on the subway, and 51 per cent said they sometimes or frequently faced threats of sexual assault or harassment. Campaigns like Mexico City’s “The Seat Experiment” help viewers to understand the humiliation and degradation of sexual violence, including harassment, and show that such actions cannot be accepted as the norm or dismissed as a minor inconvenience – they must be entirely eliminated. 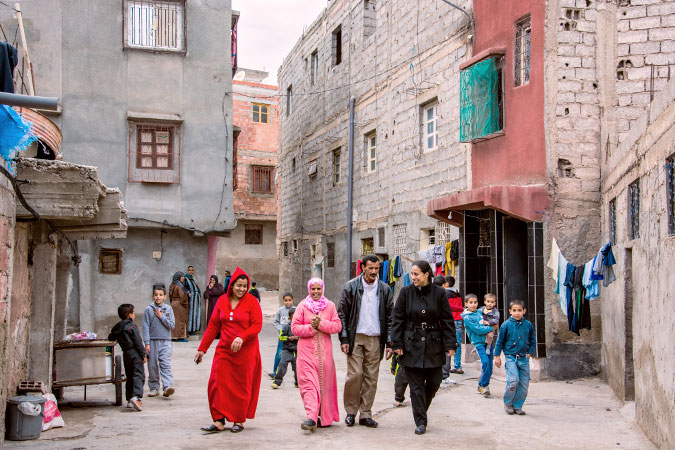 Having safe access to public spaces, streets, trains and buses is essential for women to travel to work and school, and to be able to exercise autonomy and freedom in all areas of their lives. Currently UN Women has 27 cities from developed and developing countries participating in a Global Flagship Programme Initiative "Safe Cities and Safe Public Spaces”, where governments, city authorities, women’s organizations and other community partners successfully collaborate to enhance safety, including in the most impoverished urban areas.

Now is the time to join the global conversation on sexual harassment and abuse, and to amplify it with concerted efforts by women, civil society, governments and other partners to create homes, workplaces, cities and public spaces that are safe for all people everywhere.

Related News
08/12/2014
$name
04/09/2014
Partnership with the City of Cape Town to improve safety for women and girls in public places
07/03/2013
Speech by Michelle Bachelet : Reclaiming Public Spaces for the Empowerment of Women and Girls
20/02/2013
Opening remarks of Michelle Bachelet at the 8th Forum of the World Alliance of Cities against Poverty (WACAP) “Smart, Safe and Sustainable Cities”
15/02/2013
UN Women Executive Director visits Denmark and Ireland
END_OF_DOCUMENT_TOKEN_TO_BE_REPLACED